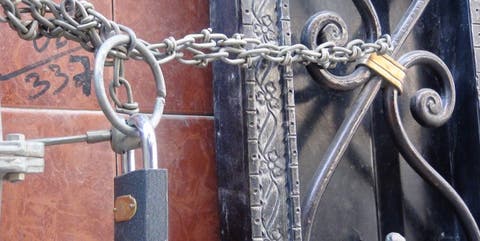 You want war? May your eyes never see it

There is a deep-seated inter-ethnic hate in Nigeria that’s not going away. The animus, gall, and grudge are frenetically heating up the polity. Although Nigerians may seem to still be going about their daily businesses of buying and selling, frequently, they are looking over their shoulders for the unexpected. As it is now, fiery intertribal fracas can explode anytime without any official announcement. Recent ugly events are confirmations.

Unbridled spates of kidnappings, beheadings, and butchering of innocent men and women across the southern areas of Nigeria have notched up feverish ethnic tension, angst and anxiety that now threaten the fragile and frail co-existence of the Nigerian nation. The Nigerian elite who obviously benefit from the nation’s daily windfalls are not speaking out publicly for political expediency. But behind closed doors, they know all is not well. Loud noise for a bloody balkanisation of the country is rising on the horizon.

Many years ago, the Western think tank’s prediction that Nigeria would cease to exist in 2015 fell flat on its face. Nigerians gave peace a chance despite the election of Muhammadu Buhari. The election of the retired Major General now appears like an error of an unimaginable proportion. He keeps mum and watches arms akimbo as perpetrators of sweeping and far-flung mayhem from far away from Nigeria unleash on all of us with swords, bayonets, and AK-47 ammunition. To many Nigerians, Nigeria’s number one citizen who shouldn’t take a side in a melee is audaciously doing so. And lunatic mercantilists in our midst who profit from troubling times are counting down to a big pay-day that we pray will never come.

Loud rants of impending belligerence and deafening noise from the tom-tom of wars are now sounding off. The charged and tense atmosphere appears like screaming signage of a dangerously- looming feud. It makes us all tremor endlessly in concern, fear and apprehension of what the future holds for the giant of Africa about to be dwarfed in booby traps of war.  Nigeria is on the precipitous escarpment and on free-fall into the abyss of unquenchable self-set inferno. All the talks from coast-to-coast and region-to-region are tough and taunting; they are also threatening and treacherous.

Those who are fanning embers of resentment and hate may have no understanding of the grimness of the grave they are digging. War, God forbid, will be painful, gory, sorry, and there will be gnashing of teeth. For those trumpeting for war, I pray that your eyes will never see war.  War is bad and brutal. It is gruelling and gruesome. Your bedroom may become a theatre of slaughter and your living room a morgue of many mutilated dead bodies. In a war, before your eyes may be gushing blood of copious blood from the jugular of a loved one; and your wife or husband raped by 20 men and then bayonetted with guts spilling out. War is bad! May our eyes never see war again in Nigeria. Those who want the oil and precious metals will be spitting and dancing on Nigeria’s grave and later write memoirs about a foolish people from a foolish country who never really appreciate themselves and God’s gifts upon their land. Nigerian millionaires and billionaires, the greedy loonies, thieving rascals, gluttonous goons and geeks who care nothing about the common man will be in the comfort of their homes in Chicago, New York, Texas and Tennessee with their children, and their first, second, third wives enjoying the loot from Nigeria.

Pastors and Imams who are not telling you the truth will relocate to the United Kingdom, Australia, Saudi Arabia and Iran where they already have branches of their church and mosque.  And like sitting ducks, the peons in Nigeria will remain in peonage; the helpless will be without help, the homeless will still have no homes, and the hungry will still be hungrier than ever before because farmers are no longer farming, and the garri sellers have nothing to sell because of war. Millions of Nigerians who can’t run will be trapped in the mayhem and the outbreak of the pandemic and epidemic that will follow. Before the first shot is fired, let’s think and rethink over again. In wars, victory and defeat are both too bitter. Everybody will lose precious things and people, and never will the landscape remain the same.  These are the realities we face. If war breaks out in Nigeria again, the result will be 1,000 times worse than what the world has ever seen. May your eyes never see war.

When Ghana ran into economic frost and fiasco in the 70s, Ghanaians sought refuge in Nigeria. With open arms, we welcomed them. When Liberians got into deep mires and mess as a result of an ugly war, Nigeria was their chosen sanctuary. With clean hearts, we let them cuddle up in our loving hands. When apartheid stung Black South Africans hard like hounding hornets, thousands of them made Nigeria home. In a nation already struggling to deal with ordinary typhoid and malaria, where are the doctors and nurses who will handle the endemic and pandemic that are aftermaths of wars? If Nigerians allow barnstorming bullets of war to begin their fiery rain upon the country, who will welcome millions of Nigerians fleeing from a weary war? I can’t think of any. We will have few choices of countries to seek asylum because Nigeria and Nigerians are not really loved by many around the world. This is the truth. May our eyes never see war again! Words of wisdom and cautions from those who have been through wars in times past are largely ignored and the sages among us are considered wimps who don’t know how to fight for their rights. May your eyes never see war! The late sage Chief Obafemi Awolowo once said something to the effect that the consequences of breaking up of Nigeria would be too traumatic to even think about.

And now to those who are orchestrating and salivating for war and bloodshed in Nigeria, the spirit of millions of people who have nowhere else to go but forced to remain in Nigeria will abort your dream. And to all internal and external influences against the destiny of the Nigerian nation, to those powerful men and women in high places and great nations, and to those powerful men and women who live in Nigeria and outside waiting to profit from the pandemonium, God will frustrate your enterprises. And you will be washed away by the heavenly flood of judgment.