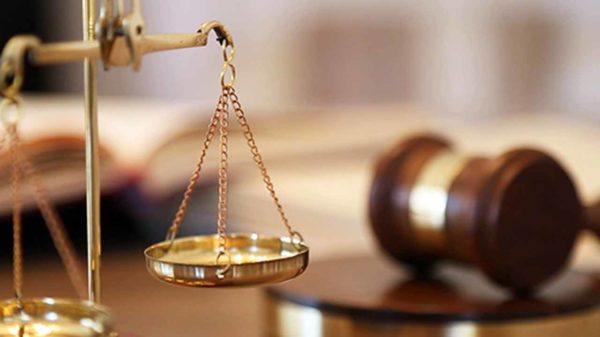 In the Jos Judicial Division

The appellants, as Plaintiffs at the High Court of Plateau State, commenced an action by way of a writ of summons against the respondents (as Defendants) claiming for; possession of the Ware House being locked up and occupied by the respondents, loss of earnings from contracts which the appellants could not execute due to lack of power caused by the Respondents, damages for breach of contract, arrears of rent, cost of new 500KVA Transformer and

cost of the action. The trial Judge dismissed Appellant’s claim. Dissatisfied, the appellants appealed to the Court of Appeal.

The Court determined the appeal on the following issues; (1)  Whether or not from the totality of the evidence adduced before the trial Court, the Respondents did not breach the terms of the tenancy contract and is not liable for all the losses suffered by the Plaintiffs as a result of the breach.

(2)  Whether or not the judgment delivered by the trial Court after the constitutional period provided for delivery of judgment has not occasioned a miscarriage of justice in the circumstances.

In arguing issue one, appellants’ Counsel contended that since there is no dispute between the parties on the existence of a tenancy agreement; the evidence of DW2 who testified at the instance of the 1st respondent as the fellow who signed the agreement on behalf of the 1strespondent constitutes evidence against interest and needs no further proof. He referred toBELLO V GOVT GOMBE STATE (2016) 8 NWLR (Pt. 1514) 219, JUKOK INT’L LIMITED V DIAMOND BANK (2016) 6 NWLR (Pt. 1507) 55.

He submitted that the respondents held possession of the appellant’s Warehouse even after the expiration of the tenancy, contrary to the terms agreed upon in Exhibit “A” (Tenancy Agreement) and thereby breached the terms of the tenancy contract.

He further argued that it is trite that judgment of Court does not become nullity only when it is delivered outside the statutory time of ninety days, but where it is shown that such delay occasioned a miscarriage of justice, citing ABDULLAHI V HEDIMA (2011) 2 NWLR (Pt. 1230) 42 @ 6, paras. D-E.

In response to issue one, the respondents contended that in nowhere did the Appellant distinctly identify or specify the evidence adduced by them, which was not evaluated by the learned trial judge.

He argued that the learned trial judge, although made findings as to the existence of a tenancy agreement, said nothing as to when the said tenancy was determined since it was not an issue before the Court. He submitted that it is settled law that Courts determine life issues; relying on ODOM V PDP (2013) ALL FWLR (Pt. 698) 972 at 993 para. D; NWORA V NWABUNZE (2012) ALL FWLR (Pt. 613) 1824 at 1838 paras. G-H. He contended that the life issue before the trial Court was whether at the end of the tenancy the 1st Respondent vacated the premises and that the Respondents did vacate the premises at the end of the tenancy.

He further argued that it is the duty of the appellant to establish when the respondents vacated as against the date pleaded by the respondents. Court’s decisions are not based on conjecture. He relied on O.B.M.C. LTD V M.B.A.S. LTD (2005) ALL FWLR (Pt. 261) at 234 para. F.

He contended that the Plaintiff said he had a digital picture of the premises showing that it is under lock and key but failed to produce the picture before the trial Court. This he said is because the picture if produced will be unfavourable to the Appellant. He relied on Section 167(d) of the Evidence Act and the case of SHOBANKE V SARKI (2006) ALL FWLR (Pt. 292) 131 at 140 – 141 paras. F-A.

As to whether the 1st respondent removed the appellant’s transformer for repairs, he argued that the agreement did not contain anything about the transformer. He added that the appellant couldn’t read into the agreement what it did not contain. He referred to AFRICA INT’L BANK LTD v. I.D.S. LTD (2012) ALL FWLR (Pt. 656) 413. Paras. G-H. On the allegation of removal of the transformer oil, he argued that it is a criminal offence in nature and the proof of which is beyond reasonable doubt. He relied on OSETOLA V STATE (2012) ALL FWLR (Pt. 649) 1020 at 1041 and 1044.

On the contention that the respondents merely denied the allegation of the appellants in his pleading but led no evidence in defence of same, he argued that not pleading or oral evidence can be used to vary or contradict the content of Exhibit “A”. He referred to BUNGE V GOVERNOR OF RIVERS STATE (2006) ALL FWLR (Pt. 325) 1. He added that Courts are not to create contract between parties. He relied on JOSEPH V KWARA STATE POLYTECHNIC (2014) ALL FWLR (Pt. 750) 1215 at 1236 para. B.

On Exhibit B, which is to establish that the Plaintiff purchased another transformer for the premises, he submitted that Exhibit B is a receipt issued to Prodess Nigeria Ltd. He contended that it is immoral and dishonest for the appellants to use a transformer purchased by Prodess Nigeria Limited which had no contract whatsoever with the Respondents to maintain a claim against the respondents.

In responding to issue two, the Respondents contended that on the 28th day of August, 2017, when the matter came up for judgment, Counsel to the parties re-adopted their final written addresses and the learned trial judge delivered the judgment. He argued that it smacks of dishonesty for Appellant’s counsel to conceal from the Court the proceeding of the Court on 28th August, 2017 contained in the 2nd supplementary record. He submitted that Counsel has a duty to assist the Court in arriving at justice and not to mislead it. He relied on NKUMA V ODILI (2006) ALL FWLR (Pt. 313) 24 at 40 paras. C-E.

He argued that since Counsel re-adopted their final written address on 28th August, 2017 and the judgment was delivered on the same date, the trial Court could not be said to have delivered its judgment outside of the 90 days prescribed by Section 294(1) of the Constitution of the Federal Republic of Nigeria, 1999. Alternatively, he contended that the Appellant must show that mere delivery of the judgment outside the 90 days occasioned a miscarriage of justice. He relied on ZONAMS CO. NIG LTD V TOFA GENERAL ENT. LTD (2006) ALL FWLR (Pt. 317) 515 at 528-529 paras. G-D.

On the complaint that the trial Court failed to evaluate the evidence relating to loss of earning, he submitted that since the Court found that the 1st Respondent vacated the premises at the end of tenancy and that he did not remove the transformer or vandalized it, the need to consider loss of earning based on the success of those issues becomes unnecessary. He relied on MACFOY V U.A.C. (1962) SC 152.

Resolution of the issues

In resolving issue one, the Court held that a breach of contract means the party has acted contrary to the terms of the contract. See PAN BISBILDER (NIG) LTD V FIRST BANK (NIG) LTD (2000) 1 SC 71. The consequence of such breach is payment of damages by the responsible party. See BILANTE INT’L LTD V NDIC (2011) LPELR (781) at 32. A claimant in an action for breach of contract must prove not only that there was a breach but also that there was in existence an enforceable contract, which was breached. See BEST (NIG) LTD V BLACKWOOD HODGE (NIG) LTD & ORS (2011) LPELR – 776. The Court then reproduced the covenant clause in Exhibit “A” and held that none of the covenants can be said to have been violated. The Court held that the issue of the alleged or purported repair of the transformer without permission sought cannot be said to be part of the terms of the agreement, thus the maxim “EXPRESSIO FACIT CESSARE TACTITUM” meaning: “the express mention of certain thing is the exclusion of other not mentioned”. See AGBAREH V MIMRA (2008) 2 NWLR (Pt. 1071) 378 at 437 paras. The Court further held that the 1st Respondent vacated the premise on the terms of the contract. The contention of the Appellant that the 1st Respondent locked the warehouse has not been substantiated, and had no keys to hand over since when he took possession no keys were handed over to him.

The Court further held that since the issue of repair or maintenance or otherwise of the transformer was not a term of the tenancy agreement, the claim of the Plaintiff for the refund of cost of replacing the transformer in the premises cannot stand. The supporting receipt meant to establish the purchase of a transformer was issued in the name of a complete stranger to the tenancy agreement. The Court held that where the terms of the contract are clear as in the appeal at hand and unambiguous, the duty of the Court is to give effect to them. Parties are bound by the terms of the contract they freely entered into. See JFS INV. LTD V BRAWAL LINE LTD (2010) 12 SC (Pt. 1) P. 110 at p. 162. Paras. 5 – 15. The Court thus resolved issue one against the Appellant.

The Court found no merit in the appeal and dismissed same.