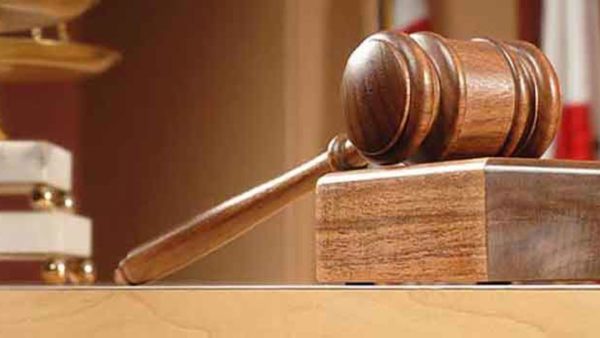 Usen, a medical doctor and managing director, Ceephass Diagnostic Clinic/Surgery was prosecuted by the Uyo Zonal Office of the Economic and Financial Crimes Commission, (EFCC), on a two-count charge of obtaining by false pretence to the tune of N5 million.

One of the charges read, “That you, Bassey Goddy Usen, the Managing Director of Ceephass Diagnostic Clinic/Surgery on or about the 18th April, 2017 in Uyo, within the jurisdiction of this honourable court with intent to defraud, obtained the sum of N2,000,000.00 (Two million naira) from one Edodiong Essien under the pretence that the money will be used to execute contracts awarded to you by Akwa Ibom State Hospital Management Board, Uyo; a pretence you knew to be false and thereby committed an offence contrary to Section 1 (1) (a) of the Advance Fee Fraud and Other Fraud Related Offences Act 2006 and punishable under Section 1 (3) of the same Act”.

His “not guilty,” plea set the stage for his trial which commenced on October 24, 2018.

In the cause of the trial, prosecution counsel, Agbo S. Abuh presented four witnesses and tendered various exhibits which were admitted in evidence, and closed its case on February 28.

Delivering judgement on Monday, Justice Okeke noted that the prosecution proved its case beyond reasonable doubt and sentenced the defendant to seven years imprisonment on each of the two-count charges.

Though there was no option of fine, the prison terms will run concurrently with effect from the day of his arrest.

In addition, the convict would restitute the sum of N3 million to his victim as a condition for his release upon completion of his jail term.

Usen’s journey to prison began in 2018, when his victim, Edodiong Essien petitioned the EFCC, alleging that the convict approached him for a loan to enable him to execute a contract, purportedly awarded to him by Akwa Ibom State Hospitals Management Board for the supply of drugs to rural hospitals in the state.

While his claim for the loan is false, as the convict’s name did not feature as a contractor with the state’s Hospital Management Board, he flouted the terms of repayment, and furthermore, issued his victim with dud cheques.