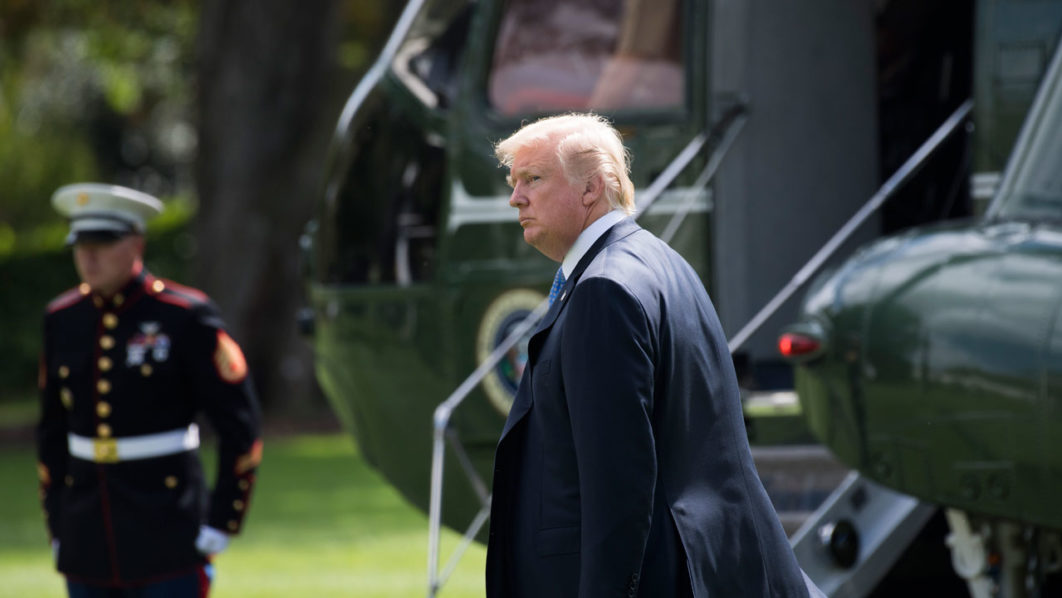 In the lawsuit filed Tuesday in Los Angeles Superior Court, Daniels, whose real name is Stephanie Clifford, states that she had an “intimate relationship” with Trump beginning in 2006 and lasting about a year. At the time, Trump had been married to his wife, Melania, for less than two years.

The suit seeks to void a nondisclosure agreement negotiated weeks before the 2016 election, for which Daniels was reportedly paid $130,000 by Trump’s attorney, Michael Cohen.

On NBC’s “Today” show, Daniels’ lawyer, Michael Avenatti, was asked if she had a sexual relationship with the president.

“Yes,” Avenatti replied. Daniels herself has not publicly affirmed the alleged relationship since it was first reported in January.

“We’ve addressed our feelings on that situation and I don’t have anything else to add,” White House press secretary Sarah Sanders told reporters on Wednesday morning.

In the suit, Daniels and her lawyer contend that the nondisclosure agreement was never signed by Trump, which they argue makes the agreement “null and void.”

Last month, Cohen said that he paid Daniels without the knowledge of the Trump Organization or the Trump campaign and was never reimbursed for the payout. He maintains the agreement does not constitute an admission of the affair.

“Just because something isn’t true doesn’t mean that it can’t cause you harm or damage,” Cohen said at the time. “I will always protect Mr. Trump.”

Meanwhile, Democratic Reps. Ted Lieu and Kathleen Rice are calling for an FBI investigation into what they describe as the Trump organization’s “hush money” payments to both Daniels and Karen McDougal, a former Playboy playmate.

Payments to keep embarrassing information from becoming public might be considered political expenditures and, if not disclosed in public reports, could constitute a violation of federal election laws.

According to the suit, Daniels was preparing to go public with details about her alleged affair with Trump after the release of the infamous “Access Hollywood” tape on which Trump was caught bragging about sexually assaulting women.

Cohen “aggressively sought to silence” her, the suit alleges, and Daniels and Cohen signed the nondisclosure agreement on Oct. 28, 2016 — just nine days before the election.

Nullifying the agreement would presumably require Daniels to repay the $130,000 she received for signing it. But her story could be worth much more than that if she is free to sell it.

A copy of the agreement attached to the lawsuit states that Daniels has “confidential information” related to Trump, which includes “information, certain still images and/or text messages.”

On the “Today” show, Avenatti was asked whether Daniels still had those images.
“That’s a question Ms. Daniels will have to ultimately answer,” he said. “I do know the answer and I’m not at liberty to disclose that this morning.”