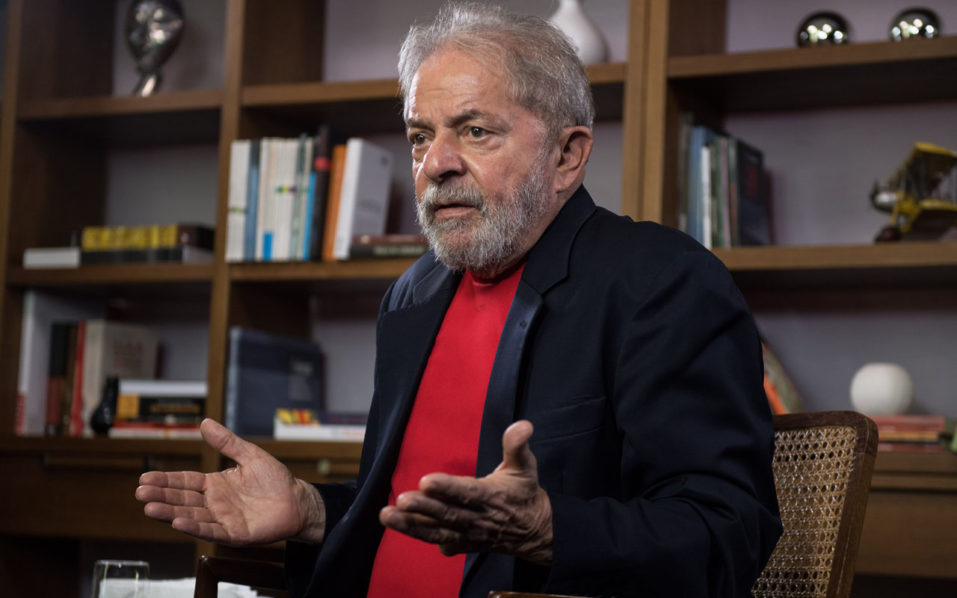 A top Brazilian court rejected a bid by former president Luiz Inacio Lula da Silva to stave off prison Tuesday, ruling he can be arrested if his 12-year jail sentence is upheld on appeal.

The decision by the Superior Court of Justice adds a new layer of uncertainty to the campaign for Brazil’s October presidential election, in which Lula is the current frontrunner.

The court rejected the leftist leader’s habeas corpus petition in a unanimous ruling that sharply raises the risk that he will go to prison on corruption and money-laundering charges.

It was the latest in a string of legal setbacks for Lula, who says he is being persecuted to prevent him from returning to power.

The decision further complicates the 72-year-old’s bid to run for a third term as president.

His fate is now in the hands of a lower regional court that sentenced him to 12 years and one month’s prison in January.

If the regional court rejects Lula’s appeal of the sentence, he would be liable to go to prison even pending further appeals before higher courts.

Tuesday’s hearing focused on whether arresting Lula before all his possibilities of appeal have been exhausted would violate the presumption of innocence, as his lawyers argued.

One by one, the court’s five members rejected that argument.

“I deny the habeas corpus,” said Judge Felix Fischer, the first of the judges to vote. “The presumption of innocence is not compromised.”

The Superior Court of Justice has the last say in all cases, except those involving constitutional issues, which is the purview of the Federal Supreme Court.

Lula, the dominant figure of the Brazilian left, was president from 2003 to 2010 and left office as the country’s most popular leader ever.

He was convicted in 2017 and sentenced to nine and a half years in prison for accepting a luxury apartment from a construction company involved in a wide-ranging corruption probe that uncovered a web of kickbacks, bribes and slush funds involving high-level politicians from almost every party and throughout the business world.

Lula’s lawyers appealed, but the conviction was upheld unanimously in January by a regional federal court in Porto Alegre, which increased the prison term to 12 years and one month.

Legal setbacks
Surveys put him in the lead for this year’s election, with many Brazilians remembering his poverty-cutting success.

But he is also rejected by 40 percent of voters, many of whom see him as responsible for the country’s subsequent economic morass, and systematic graft uncovered by prosecutors

“This process is like we are still in the time of the Inquisition, where no evidence was needed, only convictions,” he told Metropole radio earlier Tuesday.

His lawyer Sepulveda Pertence complained to the court that her client was being subjected to a “Kafkaesque trial.”

In 2016, the Superior Court of Justice ruled that defendants whose convictions had been upheld could be arrested.

That ruling became an essential prosecutorial tool — along with the use of preventive detention and plea deals — in dismantling the network of corrupt politicians, company executives and contractors that bled state oil firm Petrobras over a period of years.

Lula’s lawyer, Joao Sepulveda Pertence, a former judge on the Superior Court of Justice, argued that the court had ruled only on “the possibility” of jailing a defendant before all appeals have been exhausted, not that it was obligatory.

Lula faces seven criminal proceedings. He has declared his innocence in all of them.

In an interview with AFP last week, the former union leader admitted that he thinks “every day” about the possibility of going to jail, but was determined to fight to the end to prove his innocence.