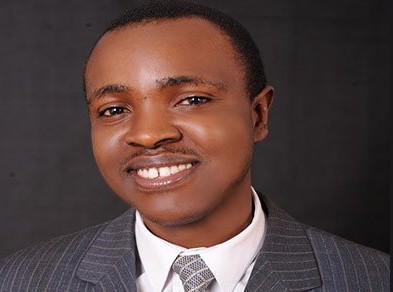 The uniqueness of the Nigerian business environment requires prospective investors, especially foreign investors, to understand the regulatory framework prior to commencing business operations.

Industries such as energy, mining, telecoms and other viable investment vehicles have distinct rules and regulations which require careful adherence. There are also general regulatory issues such as formal registration for all companies and individuals intending to do business, tax requirements and liaising with various government agencies. All of these issues may require the service of a professional adviser.

The Honourable Minister of Finance (HMoF), on Thursday, 12 July 2018, announced the reconstitution of the Tax Appeal Tribunal (TAT) in the six (6) geopolitical zones of Nigeria, in addition to Lagos and Abuja. This is pursuant to the powers conferred on the HMoF by Paragraph 1(2) of the Federal Inland Revenue Service (Establishment) Act, 2007

Members of the reconstituted TAT (known as Tax Appeal Commissioners), who are expected to hold office for a term of 3 years from their date of appointment, were drafted from various professional bodies such as the Institute of Chartered Accountants of Nigeria, Association of National Accountants of Nigeria, the Chartered Institute of Taxation of Nigeria, the Nigerian Bar Association and the Nigerian Association of Chambers of Commerce & Industry, Mines and Agriculture. A number of the new Commissioners have extensive experience in tax administration, policy, enforcement and practice, having served for many years at the Federal Inland Revenue Service. The reconstituted TAT has been discharging its statutory function effectively and efficiently.

The TAT is primarily set up as an administrative court to adjudicate over disputes, and controversies which may arise from the following tax laws:

Companies Income Tax Act Personal Income Tax Act Petroleum Profits Tax Act Value Added Tax Act Capital Gains Tax Act Any other tax legislation, regulations, proclamations, government notices or rules issued in respect of the above pieces of legislation Taxpayers aggrieved by decisions of any tax authority in Nigeria now have the option to seek redress at the TAT. Those with pending cases at the TAT will usually receive notifications from the relevant Zones of the TAT for the hearing of such appeals.

Tax Appeal Tribunal (TAT) is established in accordance with Section 59(1) of the Federal Inland Revenue Service (Establishment) Act 2007. TAT formally took off pursuant to the Tax Appeal Tribunals Establishment Order 2009 issued by the Minister of Finance, Federal Republic of Nigeria as published in the Federal Government Official Gazette No 296, Vol. 96 of 2nd December, 2009. By this enactment, TAT replaces the former Body of Appeal Commissioners (BAC) and Value Added Tax (VAT) Tribunals.

It is worthwhile to point out that Nigeria has double taxation treaties with the following 13 countries: Belgium, Canada, France, Italy, Mauritius, the Netherlands, Pakistan, the Philippines, Romania, South Africa, South Korea, Sweden and the United Kingdom.