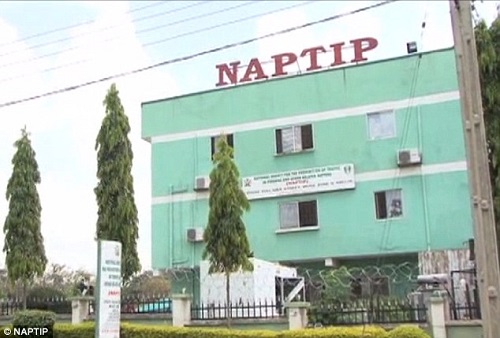 Four persons, including two senior staff in the Office of the Accountant General of the Federation, Alhaji Ahmed Idris, have been charged to court by the National Agency for the Prohibition of Trafficking in Persons over their alleged involvement in human trafficking.

The workers were the Chief Accountant on Grade Level 14, Innocent Bola-Audu, who was sacked a few days ago as President of the Association of Senior Civil Servants of Nigeria, and an Assistant Executive Officer on Grade Level 13, Cecilia Aneke.

That the office of the AGF issued queries to the two workers following a letter by NAPTIP to the AGF accusing them of human trafficking and exploitation of vulnerable persons.

The Secretary-General of ASCSN, Alade Lawal, announced the replacement of Bola-Audu with Dr Tommy Etim Okon, as its acting national president, citing “certain unforeseen development that stares the union in the face.”

When contacted, a spokesperson for NAPTIP, Stella Nezan, said, “For now, the matter has gone to court and that is all I can tell you. I can’t disclose the court, whether Federal High Court or FCT High Court.”

Asked when they would be arraigned, she said, “I want to find out from my investigators. You will know and will be told when (they will be arraigned).”

But a source told newsmen that NAPTIP had filed an action in court.