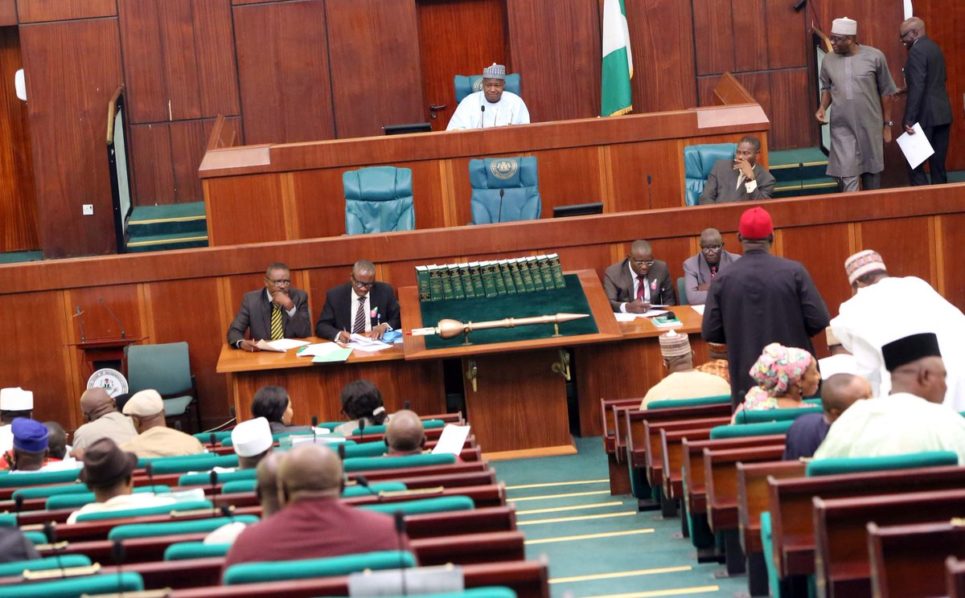 The House of Representatives yesterday resolved to probe the alleged loss of over N2 billion and $3.8 million as a result of the non-payment of interest by banks from sale proceeds of the Power Holding Company of Nigeria (PHCN) successor firms.

The House resolved to set up a committee to investigate the matter and report back within six weeks.

The decision followed the adoption of a motion sponsored by Mr. Chukwuka Onyema (PDP, Anambra) at the plenary presided over by the Speaker, Yakubu Dogara.

He said: “Following the divestiture of the Federal Government from PHCN through privatisation, the company was divided into separate companies known as Local Electricity Distribution Companies.

Onyema noted that the banks, in collaboration with officials of the Central Bank of Nigeria, allegedly diverted the interest of N2 billion and $3.8 million that should have been paid to the Federal Government.

The House also resolved to set up a committee to investigate the alleged registration and issuance of Permanent Voters Cards (PVCs) to underage persons by the Independent National Electoral Commission (INEC).

The committee has five weeks to submit its report.

Shekarau noted that Section 12 (1) of the Electoral Act 2010 provides that a person shall be registered as a voter, if such an individual has attained the age of 18 years.

He said: “Reports from the social, print and electronic media indicated that there were incidents of underage voters who presented themselves at polling units with PVCs in the recently conducted local government election in Kano State.

“The Director of Publicity and Voter Education at INEC, Oluwole Osaze Uzzi, while responding to questions on Africa Independent Television on the matter on February 15, 2018, said the underage voters were registered because the lives of the registration officers were being threatened.”

Shekarau described the report as a national embarrassment, a threat to democracy and a danger to the lives of INEC officials. He also warned that the matter could undermine the credibility of forthcoming elections.

He made the disclosure in a speech at Ghana’s 61st independence anniversary in Accra yesterday.

He said: “Your Excellency can be assured that you have a good partner in me, as I look forward to any form of collaboration between Nigeria and Ghana in tackling the menace of endemic corruption.

“Given all these public policies, it becomes reassuring that with the right leadership, Africa’s drive to eradicate poverty and entrench democracy is on course.”

Buhari, who was the special guest of honour, recalled the historic and cultural ties between Nigeria and Ghana, urging the citizens of both countries to maintain the bond.

“It is, therefore, my strong desire that we owe it a duty to ensure that our good peoples continue to live in each other’s countries unhindered,” he said, noting: “Our newly rejuvenated Permanent Joint Commission for Cooperation has already provided us with a good platform in resolving any differences, while focusing on our main developmental objectives.”

Commenting on peace and security in West Africa, the president commended Akufo-Addo’s contribution to peace in neighbouring Togo.

“Permit me to put on record Ghana’s untiring efforts in brokering peace in Togo by bringing all the warring parties to the negotiation table. I am appealing to the opposing parties in Togo to please come together and resolve their differences, so that Togo will move forward.

“In the same vein, I wish Nigeria and Ghana continue to provide the impetus in realising the objectives and ideals of the founding fathers of the Economic Community of West African States (ECOWAS), to ensure security, peace and development of our region,” he said.

A statement by Senior Special Assistant on Media and Publicity, Garba Shehu, quoted Buhari as commending Akufo-Addo on his achievements in the first year in office, and praising his fight against corruption with the passage of the Special Prosecutor’s Bill.

He said: “From Nigeria, I have watched closely your achievements, ranging from your ingenious approach to creating jobs for the teeming youths through various initiatives, including the repositioning of agriculture for modern farming, ‘Farming for Jobs and Food’, Senior High School (SHS) free education, One-District-One-Factory, and One-Village-One-Dam, as well as the improvement being recorded in the republic’s macroeconomic indicators.

“All these efforts, I am aware, have made Ghana to become a good destination for foreign direct investment, just like Nigeria. Accept my congratulations!”