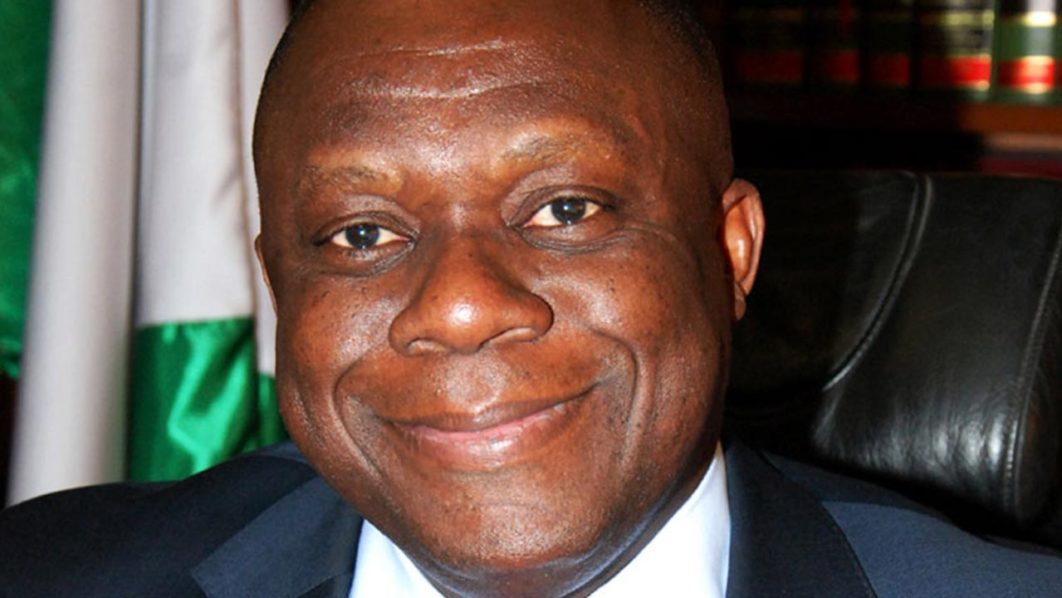 Without mincing words, over the years, Lagos State has remained a pacesetter in the judicial sector in Nigeria, both in infrastructural development and service-delivery. The State is not resting on its oars yet, as it has pledged to embark on many reforms that would help people access Justice and make informed decisions this year. In an interview session with select media organisations, the Lagos State Attorney General and Commissioner of Justice, Mr Adeniji Kazeem, spoke on some of those reforms.

Responding to question on decongestion and need to reform the prison sector in the State, the AG said the administration of Governor Akinwumi Ambode is passionate about leaving no stone unturned in decongesting the prison and making necessary reforms.

“We are very passionate about prison reforms, though, prison is on the exclusive list. It is not within our control, but the governor won’t look away. The police are not under our control but the Lagos government has made major intervention because it affect us, and I can tell you in all the security services operating here, this administration has made one intervention or the other, including the prisons.

“There is an ongoing matter with Ikoyi Prison and the federal government to relocate it to Epe. The whole idea is to decongest the prison. Once there is agreement on this with the FG, we will come up with a world-class prison facility. You know prisons are supposed to be correction centers, so his excellency is ready to intervene even in issues of food, health and accommodation. I have also visited there and I know the situation”.

Apart from relocating the prison, Kazeem also said his office is working on getting prisons in the State decongested. “I have instructed my Senior Special Assistant on Criminal Prosecution to do a report in conjunction with the Controller of Prisons, Lagos State and identify all these areas, and once this has started, we will step into decongestion of the prisons”.

On the issue relating to arrest and detention of under-aged children, he said: “Last year, there was a joint initiatives by my (AG) office and the judiciary to go and visit prisons in Badagry. The State’s Solicitor General accompanied the Chief Justice on the visit.

The visit was prompted by a particular petition my office received on the same issue of detention of under-aged children. Immediately my office received the petition, we contacted the State CJ and took step to initiate the visit, which led to the release of significant numbers of the young children that were there.

“And the fallout of that visit was that we find out that some Magistrate Courts had been unwittingly convicted and sent some under aged to those prisons and with fines placed on them, which they could not pay. We find out that the children were under-aged and should not have been sent to adult prisons. And we had to remove them to remand home.

“After that visit, my office called a stakeholders meeting of family court judges, Ministry of Youths and Social Development and others to have a joint efforts so that the issue could be addressed and not occur again. I also realized that the Task force on Environmental offences, who are very aggressive to leave up to the mandate of their office need to be advised to do a deep evaluation of the people arrested by relevant security services so that the children are separated from adults before they are charged to courts” .

The AG also noted that the issue of juvenile’s being in conflict with the law is a major challenge. According to him, there are so many of them and the facilities that supposed to cater for them are completely inadequate and overstretched. He said Lagos has only two remand homes in Oregun in Ikeja to take care of the boys and Idi-Araba to take care of the girls.

On Lagos DNA laboratory facility and training of personnel, the AG said: “Even before the facility came on stream, we had a forensic seminar sometime in October-November 2016. The whole idea was to set Lagos on the destination of forensic and to create a world-class seminar to attract people from Africa and within the country and this was a form of training too. We also had consultants that were engaged. And when the forensic laboratory was launched, the American Consul-General and representatives of FBI and Drug Enforcement Agency (DEA), USA was there.

“And I remember that the Consul-General commended Lagos State for using American consultants and what the consultants did was that a lot of the users of the facility were made participants in the seminar. They include the emergency respondents, police, judges and others. These groups have attended one seminar or the other about the facility even prior to the setting up of the centre. So, there had been a lot of work done on training.

“The American consultants are very experienced. Now, they have engaged three or four Nigerian graduates, who have degrees in Forensic and Biochemistry and they are on training at the centre. They are the forerunners of local contents of the facility. After the consultant’s period, the centre will be handed over and run by Lagos government. The facility would make direct impact on criminal prosecution and investigation in the country”.

He disclosed another plan by the government to add Toxicology facility. This according to him would help determine and detect process of poison and such facility is presently non-existence in the country.He also stated that his office is working with the office of the Chief Justice of the State to get all those reforms and make them first class most especially in the judicial sector.

“We are also working towards having a State Criminal Information System, which is already been tested. What this means is that any person that has been convicted will be found in the system. This will help the police, prosecutors, lawyers and judges in finding information about somebody who is undergoing trial or in remand but this will not reflect because of stigmatization until such individual is convicted,” he explained.

Asked what the State government is doing to curb the menace of Land Grabbers and (agberos) touting majorly in the transport sector of the State, the AG said: “The agberos who mainly are conductors are members of a union. So the question is: can you proscribe them? If they are members of a recognized union, then, you must regulate their activities and this is a very important point my office must take up with the Ministry of Transport and the Police.

“His excellency, Gov. Ambode, has mentioned something about reformation of the Transport sector and that the (Danfos) commercial buses currently on the streets do not befit a city like Lagos. What the governor has proposed is that, this year, he will introduce world-class buses that will gradually replace these Danfos and the first tranche of the buses will be about 860.

“The impact that will have on the ‘agberos’ is that, a lot of them will find jobs elsewhere. Some will be retrained and taught how to conduct themselves in the public. This is because the places and how they will operate are going to be regulated. For instance, the new Ikeja bus terminal is a world-class bus stop and ruffians who will wake up in the morning and drink local gin ‘paraga’ will not be allowed there. And hopefully, with this reforms, things will get better in the sector”. He also said the law on Land grabber is under review.

To further reduce issues of land disputes in the State, the AG’s office is planning to introduce investigation of Title. This, he said, will help individuals or organizations such as banks to make decisions on land issues. We are working closely with the Land Bureau and the judiciary so that any land under litigation would be placed on the website.

On Tenancy laws and its reforms, he said: “Last year, I have written to the Lagos State Law Reform Commission to conduct an overhaul of the laws, because as things continue to develop, the law should develop alongside.And last year, stakeholders were invited to contribute and make inputs to the new laws. The next stage is for the draft laws to be presented. It will come to my office and it will be taken to the executive council for approval and to the State House of Assembly where a thorough job will be done on it. I can assure you that it will be ready this year”.

Responding to questions on Street Trading and Hawking, the AG said: “You would recall that a couple of year ago, His Excellence, became worried about the environment and issues of street robbery. Investigation available to us indicated that street robbery takes place through hawking. I am not saying all hawkers are criminal or robbers, but investigation has indicted hawking. So, when the government became hard on them, there was huge outcry and in his magnanimity, the governor has to soft-pedal since some of the issues are not criminal but social.

“Therefore, the government began to address issues of market, where they need to sell their wares and started to take holistic steps to find solution to the problems. Some people even suggested that there are ways of building road facilities such that it will accommodate street trading rather than sending them away from the streets”.