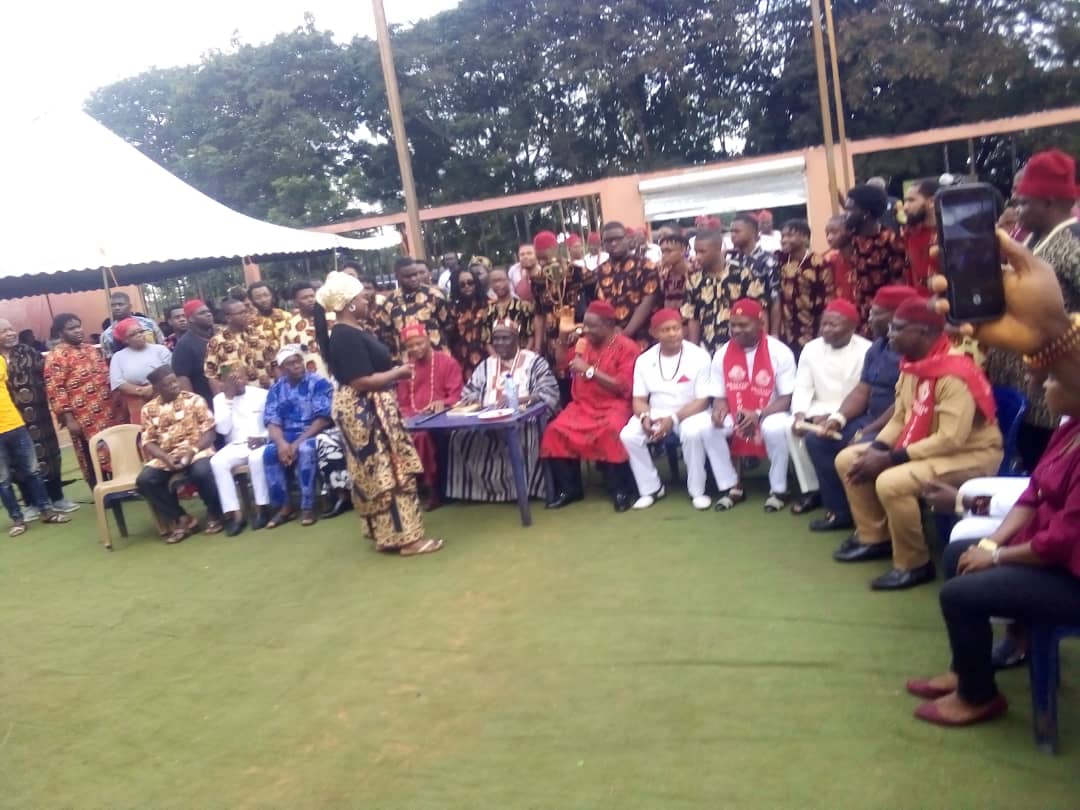 No fewer than 40 students and faculty members from Morehouse College Glee Club in Atlanta, United States of America (USA) have traced their ancestry to the Igbo and taken new Igbo names to suit their new status.

This is as some of the students stated while performing the Igbo name-giving ceremony at the University of Nigeria, Nsukka (UNN) said that they traced their Igbo ancestral roots through DNA tests conducted on them.

Performing the Igbo-name-giving ceremony at the occasion attended by several members of the Ohanaeze Ndigbo, the traditional ruler of Ibagwa-Aka community in Igbo-Eze South Local Government Area of Enugu State, HRH, Igwe Hyacinth Eze, explained that the reunion was an indication that Igbo exists in all parts of the world.

Expressing happiness that the students had been able to trace their roots, he stated that the spiritual, cultural and economic exchanges which would happen as a result of the reunion would ultimately lead to the development of Ala-Igbo.

He assured them that he was ready to provide land for those who want to live in his community and congratulated the students.

Enugu State President of Ohanaeze Ndigbo, Prof. Fredrick Eze, said the reunion would help in the development of Igbo communities and called on others to emulate the students.

The Public Affairs Officer, United States Consulate General, Lagos, Stephen Ibelli, said the club came to Nigeria to mark the 50th anniversary of its first visit in Nigeria in 1972.

Ibelli explained that the club would tour Abuja, Enugu and Lagos States to strengthen US-Nigeria cultural ties through music, arts and film.

“The Morehouse College Glee Club, which is celebrating the 50th anniversary of its first tour in Nigeria, will offer public concerts in Lagos, Abuja and Enugu. In addition, the group will visit universities and high schools, meet Nigerian students, and explore their historical ties to Nigeria,” Ibelli said.

“The 1972 visit to Nigeria infused African music into the Glee Club’s tradition and American Choral music in general. Fifty years later, choirs across the United States sing in Nigerian languages, highlighting the long-term impact of that exchange. The Morehouse College Glee Club has since learned a variety of songs in Edo, Yorùbá, Hausa, and Igbo, including a piece specifically composed for them by Igwe Laz Ekwueme, famed Nollywood actor and University of Lagos professor.

“During the visit, the Morehouse College Glee Club will carry out a dynamic exchange of musical knowledge with the broad spectrum of the Nigerian society, singing in Hausa, Igbo, and Yoruba languages.”

U.S. Ambassador Mary Beth Leonard noted that the visit would strengthen the longstanding ties between American and Nigerian institutions of higher learning, and further expand the scope of academic and cultural relations between the United States and Nigeria.

“Cultural exchanges such as the visit of the Morehouse College Glee Club will help contribute to strengthening the bonds of friendship and collaboration through music and arts, offering an opportunity for Nigerian students to learn about academic experiences in the United States,” Ambassador Leonard added.