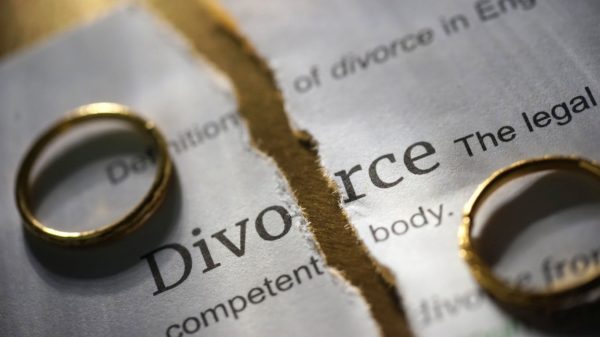 A 44-year-old woman, Bukola Oriyomi, on Tuesday, told a customary court sitting at Ikeja, Lagos State, to dissolve her marriage over alleged irresponsibility.

Bukola alleged that her husband, Kukoyi Oriyomi, who abused her physically , threatened to kill her.

She said her husband, who was yet to pay her bride price after 12 years of living together, did not provide for the family’s needs, including the school fees of their two kids.

“He is aware I brought the case to court and he has been going around reporting me to everyone that I brought him to court.

“We have been living together for 12 years now. I have two children for him. He doesn’t pay their school fees and doesn’t take care of me and the kids.

“He usually borrowed money from me and I do oblige him, but whenever I don’t, it becomes a problem. I do give him before, but I discovered he is a womaniser.

“I left his house about two years ago. He has started threatening me. He said he had shown my car to soldiers and policemen. He said he would kill me,” she added.

Bukola urged the court to dissolve her marriage. Oriyomi was not in court.

The President of the court, Olowoyo T.I., adjourned the case till July 7, 2022, for judgement.