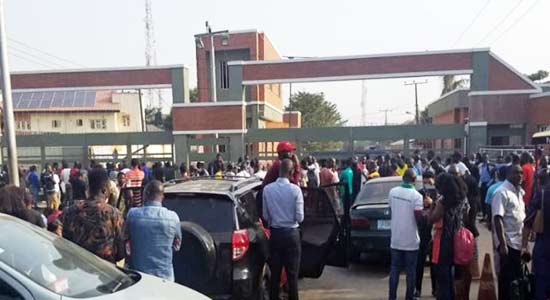 The Lagos State Government has warned against indiscriminate excavation of Magodo wetlands, saying it portends danger to life and property.

According to the News Agency of Nigeria (NAN), this was contained in a statement, yesterday, by spokesman of the Lagos State Ministry of Physical Planning and Urban Development, Mr. Mukaila Sanusi.Sanusi said the commissioner in the ministry, Dr. Idris Salako, gave the warning when he visited the area on Monday.

He said the action was “unwarranted, provocative and contrary to the civic gesture of the state government, which had displayed trust in the rule of law in the Magodo land saga.”

He said while the government was making efforts to resettle the Onikosi family in Magodo Phase III, being created in between Phase I and II and Omole Estate, the excavation was damaging the environment.

IN another development, Olorunda Local Council Development Area in Lagos State has commenced sensitisation on measles vaccination in the community to eradicate the spread of the disease.

Executive Chairman of the council, Samson Folorunso Olatunde urged residents to support government’s initiatives on provision of better healthcare services through the prevention of deadly diseases among children.

Olatunde spoke during the commencement of measles vaccination for children at all primary health centres in the LCDA to flag-off the first round of the 2022 integrated measles vaccination campaign by wife of Lagos State Governor, Dr. Ibijoke Sanwo-Olu.

The chairman, represented by the Medical Officer of Health (MOH) for the council, Dr. Agosu Adewale, stated that the measles vaccine is safe and very effective in preventing the deadly virus, as it produces 90 to 95 per cent life-long immunity to measles.

He said the vaccination campaign is scheduled to run from Friday, June 17, 2022 till Monday, July 4, 2022 across all the local councils and LCDAs in Lagos State.

According to him, the excavation was traumatising innocent citizens because the foundations of some buildings in Magodo GRA were caving in and risked collapse.

“It is unimaginable that any family in Lagos State, noted for an unrivalled sense of accommodation and conviviality, will go to this length to inflict pain on others, despite reassurances by the government.”

Meanwhile, the commissioner appealed to the community “to henceforth desist from any untoward acts such as the current ill-advised excavation in the estate or face stiff sanctions from the Lagos State Government”.

Meanwhile, Salako visited Mr Bolaji Omotoso, a resident of Magodo Scheme II, to see the extent of damage to his property, occasioned by the excavation.

Whilst sympathising with the residents, he advised them to evacuate the building while proper engineering tests would be carried out to ascertain the level of damage.

However, he said that it was no longer safe to continue occupying the building as it could cave in with any serious rain.