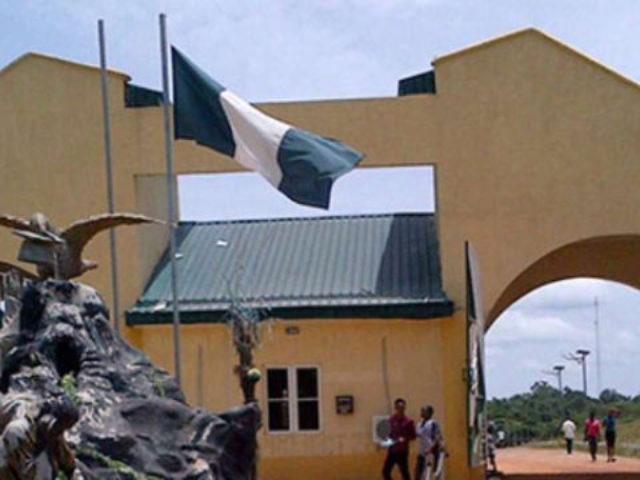 The Vice-Chancellor (VC) of the Federal University Oye-Ekiti (FUOYE), Ekiti State, Prof. Abayomi Sunday Fasina, was yesterday given a clean bill of health months after he approached a Federal High Court, Lagos Division, to challenge an alleged plan by the police to arrest him.

The trial judge, Chukwujekwu Aneke, cleared Fasina of the spurious allegations of double salary, official misconduct and money laundering, as he struck out the matter.

Police from the Special Fraud Unit (SFU), while acting on a petition from the Global Anti-Corruption Initiatives (GAI) on June 17, 2021, invaded the university with a plan to forcefully arrest the Vice-Chancellor without due process and the rule of law.

The invasion, however, stirred up anxiety, as members of staff and the university community were thrown into disarray on alleged news of bandits on campus.

Apparently miffed, Fasina sued the police, accusing them and the SFU officials of trampling on his fundamental human rights.

He specifically asked the court to protect his rights against abuse being perpetrated by the police and the SFU officials who invaded the university in a commando style without recourse to due process.

Although the police and the SFU officials denied the allegations on the grounds that they were on campus to serve the Vice-Chancellor an invitation letter for questioning over those allegations as contained in the petition by GAI, the VC’s counsel, Mr. Ebun Olu-Adegboruwa (SAN), insisted that the police indeed invaded the university on June 17, 2021, and attempted to illegally “arrest and or kidnap him.”

Besides, Adegboruwa insisted that the allegations of double salary, official misconduct and money laundering by the faceless GAI, which the police and the SFU officials acted upon, were not only spurious, untrue but baseless, unfounded but mere trumped-up to smear and defame the VC’s character.

However, after several proceedings and adjournments, the court yesterday cleared Fasina of the allegations and struck out the matter.