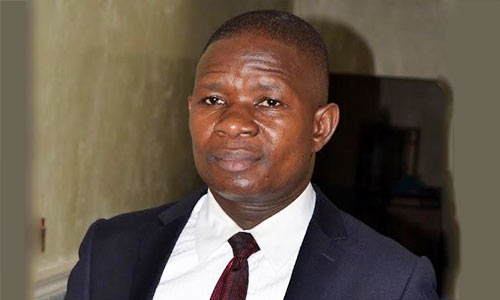 “The cry of the poor may not not always be just, but if you don’t listen to it, you will never know what justice is”.I have just gone through a report under the headline, “Ex-CJN Onnoghen Advocates Adequate Funding Of Supreme Court” wherein an ex CJN, Hon Justice Walter Onnoghen (rtd) “warned that unless the Supreme Court is adequately funded, it may soon at best be a glorified High Court”.

While I agree that the Supreme Court should be adequately funded, it’s my respectful view that the court has not justified past funding. My reasons: (1). With the greatest respect, the Nigerian Supreme Court appears to be the slowest Supreme/apex Court in the entire world and leaders of the Court appear to be comfortable with the prevailing situation; hence, they’re doing practically nothing to accelerate, improve justice delivery in the court. A case (an appeal filed by an ordinary Nigerian, a low profile Nigerian) could stay pending at the Supreme Court for up to 10 to 20 years. Permit me to refer to pages 1-2 of my recent paper titled, _”Role of the Bar and the Bench in Accelerating Justice Delivery In Nigeria: Lessons From Malaysia: ‘A distinguished Senior Advocate of Nigeria, Akajiugo Emeka Obegolu, SAN, was reported to have posted the following statement on Facebook on 22 February 2022: “Today, 22/2/22, a 2005 appeal came up for hearing before the Supreme Court of Nigeria. Counsel informed the court that both the appellant and the respondent are deceased. #Justicedelayed”. From the post, it is obvious that the appeal at the Supreme Court of Nigeria had lasted 17 years, the appeal having commenced in 2005.

Who knows when the case was filed at the High/Magistrates’ Court? Meanwhile, when this author contacted Chief Obegolu, SAN, to confirm his authorship of the Facebook post and to get more facts about the case, Chief Obegolu advised that “the case was later adjourned to 2024 to enable the parties file applications for substitution”. A two-year adjournment to hear an interlocutory application! Earlier, on February 5, 2021, while delivering the lead judgment in a landlord-and-tenancy appeal case, Pillars (Nig) Ltd v. Desbordes, His Lordship, the Honourable Justice Emmanuel Akomaye Agim, J.S.C., had started with the following introduction: “This appeal was commenced on 24/6/2009 when the appellant herein filled a notice of appeal against the judgment of the Court of Appeal at Lagos delivered on 8/5/2009 in appeal No.CA/L/859/2006 affirming the judgment of the High Court of Lagos delivered on 8/12/2000 in LD/148/93 and dismissing the appeal against it.

Again, instances abound in which the parties (litigants) in cases pending before the Supreme Court die while the cases are still pending and being perpetually adjourned by the Supreme Court. Yet, all so-called high-profile cases filed at the Supreme Court receive instant hearing dates and accelerated determination and judgment, within one month or thereabouts of filing/appeal. If this is not partiality, what’s then is the correct definition of partiality? If this is not gross violation of human rights of low profile Nigerians to access to justice within a reasonable time, then what is it?

Again, I refer to my earlier observation in a published commentary titled, “The Federal High Court (Federal Inland Revenue Service) Practice Directions, 2021 and Questions of (Dis)Respect for Rule of Law, Human Rights and Access to Justice.”

‘Access to justice means being “treated fairly according to the law and if you are not treated fairly, being able to get appropriate redress…. It means access to ombudsmen, advice agencies and the police law. It means public authorities behaving properly…. Access to justice [is] a human right that must respected and could be enforced. According to International and European human rights law, EU Member States must guarantee everyone the right to go to court, or to an alternative dispute resolution body, and to obtain a remedy when their rights are violated. This is the right of access to justice…. Further on this paragraphs 14 and 15 of the United Nations’ Declaration of the High-level Meeting on the Rule of Law recognizes that access to justice is a basic principle of the rule of law in the absence of which people are unable to have their voice heard, exercise their rights, challenge discrimination or hold decision-makers accountable.

‘The Declaration emphasises the right of equal access to justice for all, including members of vulnerable groups, and reaffirmed the commitment of Member States to taking all necessary steps to provide fair, transparent, effective, non-discriminatory and accountable services that promote access to justice for all. Paragraph 13 of the Declaration stresses that delivery of justice should be impartial and non-discriminatory and highlighted the independence of the judicial system, together with its impartiality and integrity, as an essential prerequisite for upholding the rule of law and ensuring that there is no discrimination in the administration of justice…. Nigeria is a member-State of the United Nations….’

If we agree that Access to Justice is a basic human right, to be enjoyed by all (including the lowly placed), then we are entitled to query Nigerian Supreme Court’s different, partial, and unequal treatment of cases before the Court. Why, for example, should High-Profile cases filed in the Supreme Court in 2022 be heard and determined in 2022 while the Supreme Court keeps insisting that earlier cases (unfairly classified as “Low-Profile Cases”) filed in the supreme court, say in 2016 – 2021, would not and must not be heard until after 2027?

Is this not a form of oppression, human rights violation and denial of access to justice? With due respect, I submit that the Nigerian Supreme Court is the worst violator of human rights in Nigeria, the worst perpetrator of injustice and the greatest promoter of partiality and segregation in justice delivery in Nigeria!

Unfortunately, Nigerian Supreme Court leaders are always seen in the public domain preaching to other people (to members of lower courts) a gospel of accelerated justice dispensation. What an irony! As an example, in my paper: “Prolonged Justice Dispensation As The Bane of Nigeria’s Judiciary: Leadership By Example As The Cure”, I observed:”… in my opinion, the Nigerian Supreme Court is the home of justice delay in Nigeria; other courts merely learn from it how to delay cases, grant Long adjournments and prolong justice dispensation. …the best way to preach to other people… is to be a good example of what you want to see in others. You don’t lead people by only what you say to them (it won’t work); you lead them by what they see you do. True leaders are self-leaders…Leadership is an art expressed by the demonstration of characters worthy of imitation, emulation and inspiration. It is neither a title nor a position. The leader’s job is to show the way… you can’t tell anything about the condition of the way if you’ve not traveled on it yourself… Practice what you preach and let people learn from you. Be the light and source of inspiration that others see”.

While the current Chief Justice of Nigeria (CJN), Hon Justice Justice Tanko Muhammad, has repeatedly expressed concern over what he called delay in Nigeria’s justice delivery system, one has not seen any concrete, practical efforts my Lord the CJN (as the leader of the Judiciary) is making or has made anywhere (beyond mere words and promises) to pull the justice sector out of the doldrums. Yet, Stakeholders keep asking for increased funding for the Supreme Court. Increased funding is good, but a question arises: How have ordinary Nigerians benefited from past adequate funding of the Supreme Court? Or, you’re just asking for increased funding while the Supreme Court continues to sit on and suppress the basic right of ordinary Nigerians to quick and accelerated access to justice? The maxim that “Justice delayed is justice denied” means that if legal redress or equitable relief is available for a party that has suffered some injury, but is not forthcoming in a timely fashion, it is effectively the same as having no redress at all. Hence, those who argue that “delay of justice is injustice” are right.

Martin Luther King Jnr makes the long-term effect clearer: “Injustice anywhere is a threat to justice everywhere. We are caught in an inescapable network of mutuality, tied in a single garment of destiny. Whatever affects one directly, affects all indirectly.” Besides, as Howard Zinn put it, _”The cry of the poor may not always be just, but if you don’t listen to it, you will never know what justice is.”