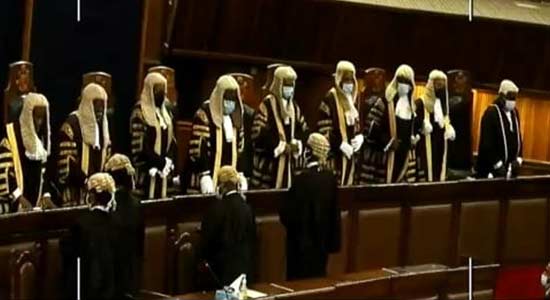 The Justices of the Supreme Court have accused the Chief Justice of Nigeria (CJN) Justice lbrahim Tanko Muhammad of corruption.

“The Justices reiterated the fact that they are serving this country diligently and to the best of their ability and as such deserves the best compared to how they are being treated by the present CJN,”.

“The Justices reminded the CJN of the facts that they resolve disputes between the Executive and the Legislature including all manner of disagreements, between governments and individuals and how it would be a tragedy if the Nigerian public were to know that they are unable to resolve their own problems internally without going public due to neglect and lack of taking to corrections by the CJN.

“The Justices demanded that the CJN act before it is too late as all efforts in the past to resolve their complaints have yielded no result. The Justices recall that the CJN reluctantly called a Justices’ meeting on the 23rd day of March 2022 after several persistent requests to hold the meeting.

“The Justices recalled that at their meeting of the 23rd day of March 2022 they tabled and discussed their demands on:

Read the full letter below 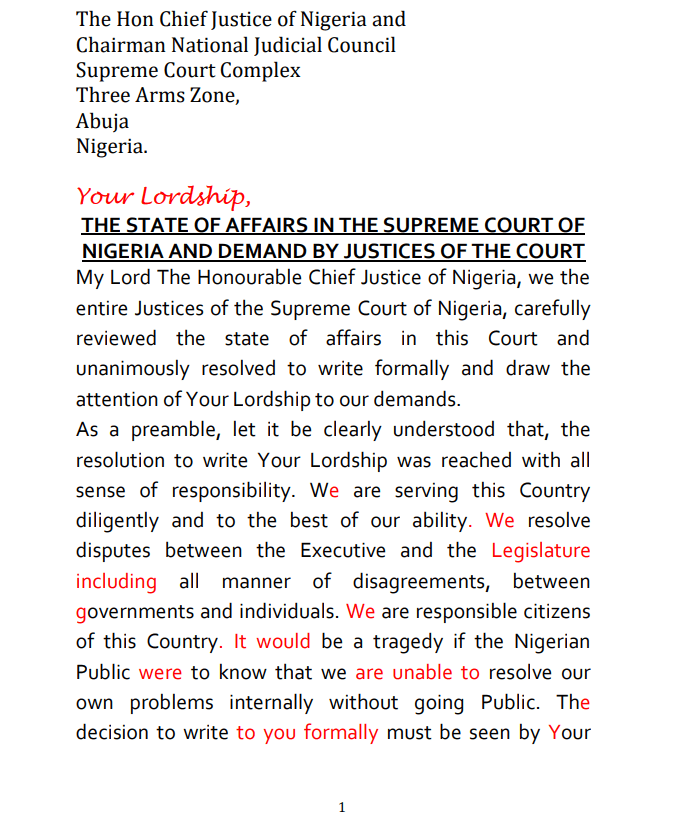 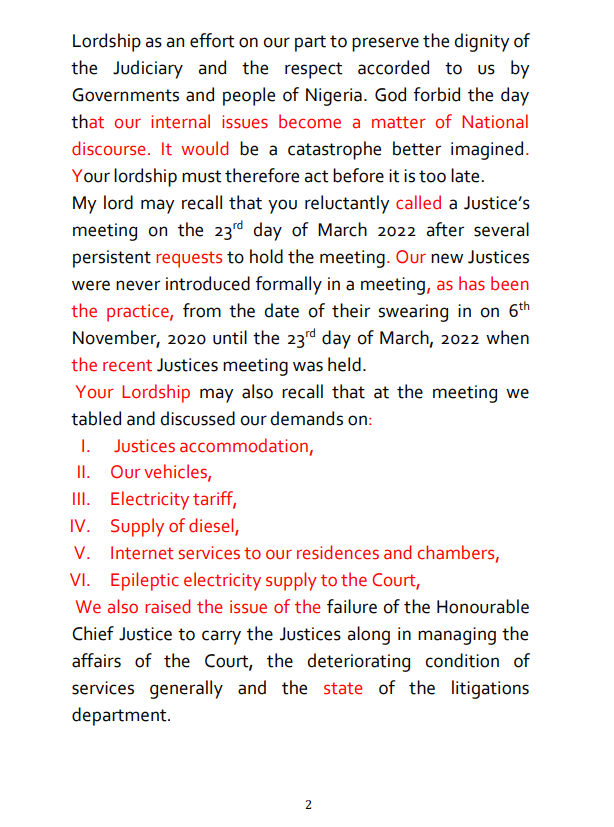 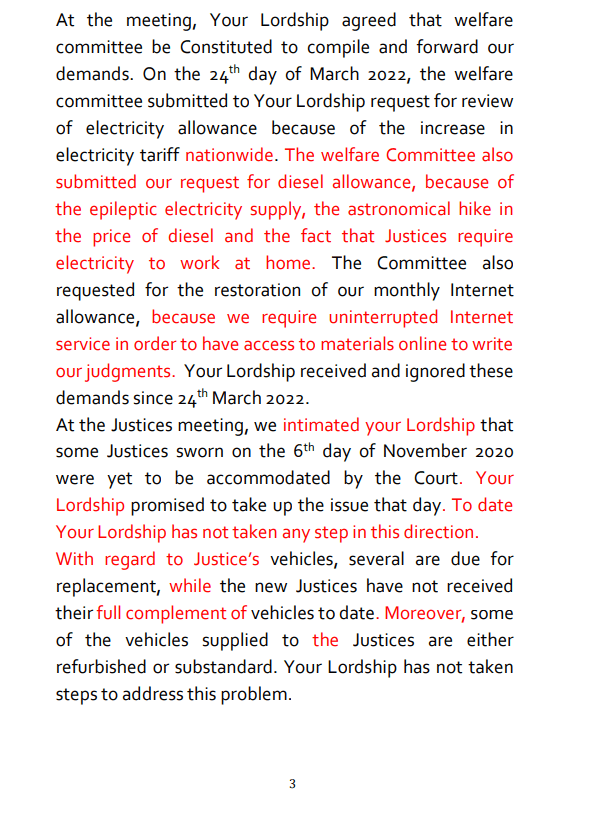 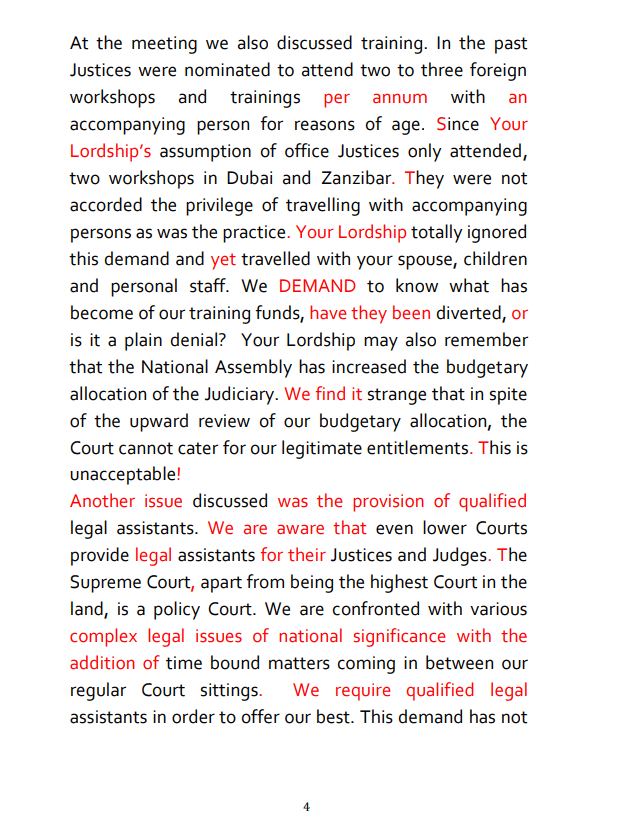 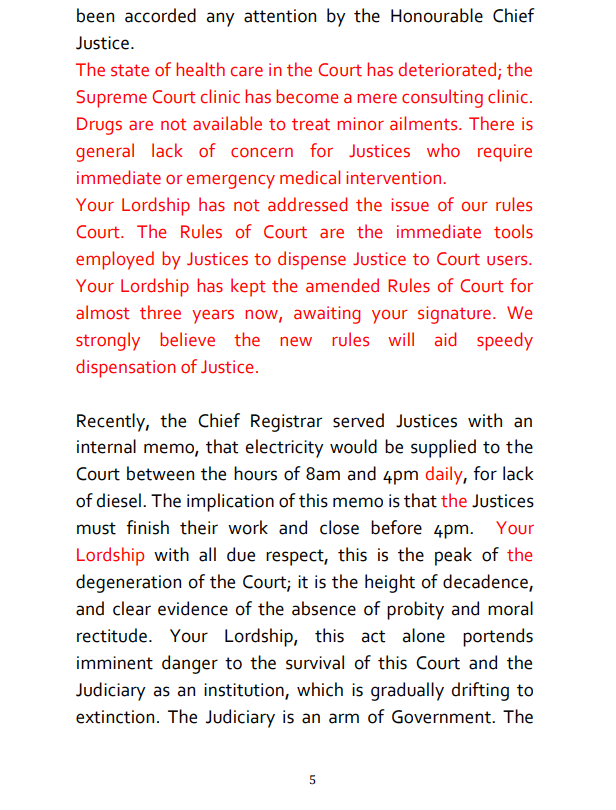 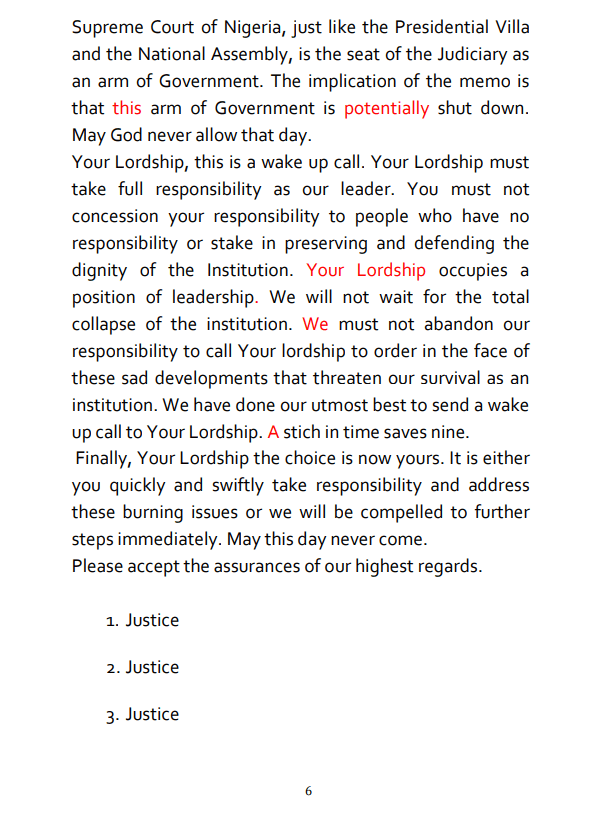