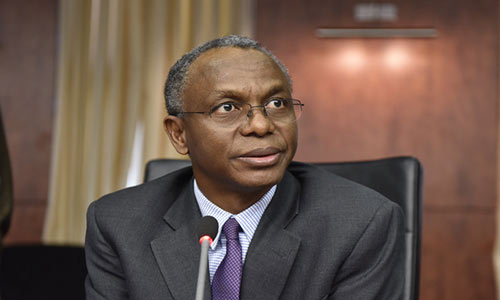 Community leaders in the surrounding villages, along the Abuja-Kaduna Highway, have tasked Kaduna State Governor, Mallam Nasir el-Rufai to put an end to insecurity posed by terrorists, rather than to continually threaten citizens with demolition or relocation of their communities.

The leaders of Katari, Akilbu and Rijana, addressing a press conference at the Nigeria Union of Journalists (NUJ) Secretariat in Kaduna, accused the government of pointing accusing fingers at residents over insecurity bedevilling the state, rather than confronting terrorists that are attacking the residents.

The President, Katari Community Development Association (KCDA), Makeri Danjuma Mohammed, faulted government’s recent security report, saying: “ His Excellency unambiguously, accused three communities located on the Abuja – Kaduna Highway (Katari, Akilbu and Rijana) of alleged connivance with bandits to carry out attacks on motorists plying the route. The governor said his administration was exploring measures to take on the three settlements, either to relocate them to Kagarko or clear the entire settlements, subject to deliberations at the state’s Security Council Meeting.

He continued: “Our communities, being law-abiding and forward-looking social entities, are eminently miffed and appalled by the aforementioned unsavory pronouncements, because they are very damaging, injurious, misleading and volatile.

“To the best of our knowledge, the communities are not aware of our members’ involvement, either directly or indirectly, in any verifiable case of banditry within and outside these communities. Thus, the allegation that we are collaborators, is largely a ruse, trivial and unfounded.

“Our communities were not given the benefit of the doubt or any fair-hearing with a view to establishing the veracity or otherwise, of the weighty allegations levelled against us …

“There are strong indications that some vested interests are bent on criminalising our communities, using all available possibilities at their disposal.”

He also spoke on the government’s alleged double standard, saying: “On one hand, the Kaduna State governor openly admits that the bandits ravaging communities in Kaduna, particularly, the Abuja Highway and Birnin Gwari axis are elements of the dreaded Boko Haram and Ansaru, who are trying to establish bases and enclaves in Niger and Kaduna states.”

“Sadly, on another hand, the same governor is ascribing terrorism and banditry to vulnerable peasant farmers and is even threatening to either relocate or clear them entirely.”

“The question is: Where is the verifiable evidence linking these vulnerable natives to banditry along the Abuja–Kaduna Highway?

“We consider it very instructive to state here very strongly that, in functional democratic climes, when situations like these occur, the imperatives of decency and responsive governance dictate that the due process of the law be reasonably pursued through constructive engagement with critical stakeholders.”

“In other words, diligent investigation and prosecution should be pursued using proper and time-tested mechanisms instead of resorting to arbitrary highhandedness based on premeditated conclusions, as exemplified by the proposed relocation of our communities from their ancestral roots dating back to antiquity,” he stressed.