Uduk: Court to adopt a ‘no case submission’ as INEC concludes prosecution
Bolaji Ogungbemi
January 28, 2022
10:44 am 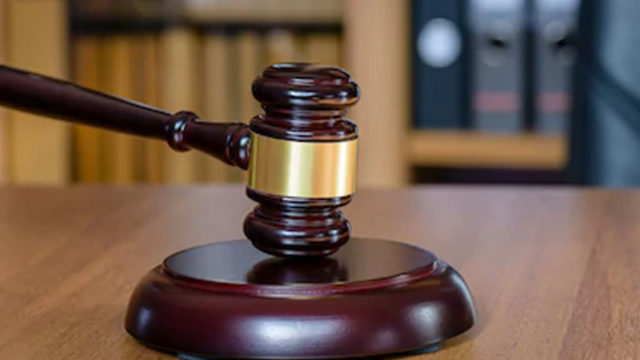 An Akwa Ibom State High Court sitting in Uyo, the state capital, has disclosed its resolve to adopt a ‘no case submission’ in the ongoing electoral fraud case against Professor Ignatius Uduk of the department of Physical and Health Education, University of Uyo, Uyo.

The ‘no case submission’ would be filed by the defence counsel, Mr. Abasiodiong Ekpenyong.

This came following the conclusion of prosecution by the Independent National Electoral Commission (INEC).

Recall that Professor Uduk, who was the Collation/Returning Officer for the Essien Udim State Constituency elections in the 2019 general elections, was arraigned in December 2020, over alleged announcement and false publication of results.

During Cross examination, Ms. Geraldine Okpashi, Supervisory Presiding Officer, Odoro Ikot 2, who was the second prosecution witness (PW2), told the court that there was crisis in her registration area as thugs invaded the area, shot in the air, carted away ballot box and abducted the presiding officer, adding that she ran away.

Also, the third Prosecution Witness (PW3) Mr. Daniel Udoka, Supervisory Presiding Officer, Ukana West, Registration Area 011, told the court same scenario of the PW2 played out in his area, adding that the presiding officers after they regained freedom, told him that they were taken to an unknown destination where they were compelled to thumb print in favour of APC.

The defence counsel, however, did not cross examine the remaining two witnesses.

The trial judge, Justice Bassey Nkanang, therefore, adjourned the case till February 24, 2022, for the adoption of ‘no case submission’

He added that such could also be filed when a lawyer in a public interest-driven case decides not to cross examine a witness as applicable in the prosecution witnesses, saying that the reason would be explained in his address on February, 24.

In his reaction, the Prosecution Lawyer, Clement Onwuenwunor, accepted that a ‘no case submission’ is provided by the law, saying that his team is prepared to respond to whatever the defence team will put up in their address.

He expressed hope that the case would serve as a reference that whoever is engaged by INEC to supervise an election, must respect the rule of engagement even as the 2023 elections are close.