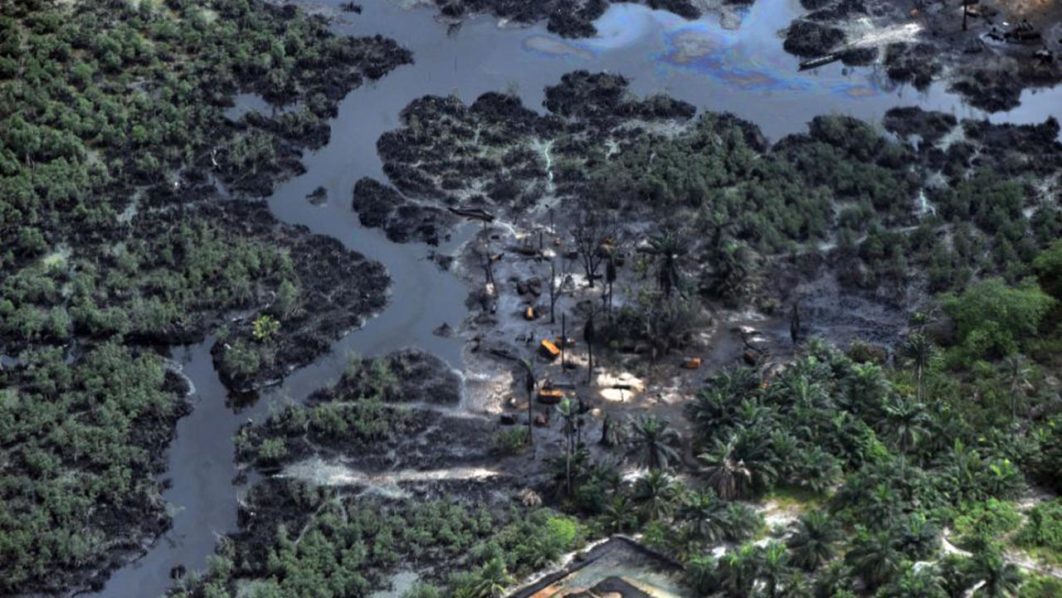 INTRODUCTION I have read and keenly observed with great trepidation, the grotesque drama which has ensued from the battle of the pen with little or no truce, however, uneasy between two of Nigeria’s greatest political bigwigs and nationalists on the backdrop of the summit organised by a group, Global Peace Foundation on 13th December 2021 where President Olusegun Obasanjo GCFR was alleged to have exhibited hatred and disconcertedness against the Niger Delta Region.

As could be gleaned in an Open Letter from Chief Edwin Clark to President Olusegun Obasanjo, titled “My Disappointment Over Your Unapproved Outburst Against the People of the Niger Delta Region,” the elder statesman, among other things noted that the Niger Delta Region has been marginalised by past regimes of the government and that he was appalled that same government attitudinal disposition towards the minority groups of the Niger Delta was exacerbated by the former President after the latter allegedly, openly interjected and contradicted the submissions of both Engr. Wodu and Mr. O’Mac Emakpore were Chief Clark’s representatives at the summit.

Clark while emphasising the constant marginalisation of the people of the Niger Delta Region, further noted that despite the fact that these natural resources are found within the preserves of the Niger Delta Region, succeeding governments have not been committed to ensuring the development of the region and have not used the money gotten from the resources of the region for its development as done for other regions.

Underscoring his argument, Clark further noted that by the principle of derivation as enshrined in Section 140 of the 1960 Constitution, natural resources found within regions in the country were controlled by the people of the regions.

In his response, Obasanjo while denouncing the notion that he had any hatred for the Niger Delta Region, noted that he had no such grudge for the region and placed more emphasis on the fact that by the dint of the Constitution, all-natural resources in any part of the federation is owned by the Federal Government and within the exclusive legislative list of the National Assembly.

He further noted among other things that the territory of Nigeria is indivisible, inclusive of the resources found therein. “No territory in Nigeria including the minerals found therein belongs to the area of (sic) location and this remains so until the federation is dissolved.”

I have always dreaded to critic these elder statesmen as these two men are among the four persons I hold in great esteem and awe in my heart when it comes to national issues and political discourses. The other two men are, Bishop Emmanuel Bolanle Gbonigi and Aare Afe Babalola, SAN, OFR, CON. Only those who know the enervating particularity and the indelible contributions these men have exerted to ensure the attainment of a better Nigeria can appreciate my choice of same.

If we must allow memory to be our guide, it must be noted that Clark is a Nigerian elder statesman of high repute and integrity who has throughout the course of his political career which has spanned over seven decades, fought and still fights for the emancipation of the people of Niger Delta and Nigeria as a whole.

Similarly, except by some perverse logic and political sentiment, it is an undeniable fact that Obasanjo is one of the greatest leaders who have guided the sail of the Nigerian ship in both the military and democratic dispensation.

Be that as it may, I am obliged to note that this clash is nothing but a jiggery-pokery pastime of ancient warlords, in which the former with respect, may be said to be emotionally incautioused, while the latter respectfully was merely engaging in cheeky and specious sophistry to put his points across.

Obasanjo interestingly and surprisingly anchored his argument solely on law, whereas the answer on the ownership is found in the extant provision of our laws and could as well be viewed from the geopolitical perspectives of the Nigeria of today’s tenuous existence.

Dejure and de-facto ownership of natural resources in Nigeria Beyond the above red-hot dialogue and pantomime, it suffices to note that Section 44(3) of the Constitution of the Federal Republic of Nigeria, 1999 (as amended), the Land Use Act of 1978 and the Petroleum Act vest the exclusive control and management of oil and gas in the Federal Government and not the state or local government where the oil and gas are found. It can therefore be said that the Nigerian Federal Government is the “de jure” owner of the oil. However, the indubitable and undeniable reality is that the Niger Delta region where the oil is found in the “de facto” owner of the oil.

Quite frankly, our extant laws also give credence to the real owners of these natural resources, hence the provision for derivative funds for host communities, particularly, the Niger Delta. In that payment of derivative funds is an implicit recognition of the primary ownership of the people of the land in which the oil resource resides which position is further and more explicitly buttressed ex cathedral by the Apex Court of the land to the effect that a state shall be entitled to natural resources emanating from within its boundaries so as to qualify for the allocation of funds from the Federation Accounts. See the cases of A G Federation v. A G Abia State & 35 Ors (2002) 6 NWLR (Pt.763) Pg.542; AG Rivers State v. AG Akwa Ibom & Ors (2011) LPELR-633(SC). Doctrine of Public Trust of Natural Resources and equitable distribution of same.

In order to bring the present discourse into specific perspective and for the enlightenment of those who might have been swayed by the perspicacious lustre of charm which serenaded President Olusegun Obasanjo’s reply that natural resources are owned by the Federal Government, it is crucial to state that rather than being the owner of natural resources, the Federal Government is a trustee of these natural resources for the benefit of the citizens of the Federal Republic of Nigeria. Hence the government is a steward/custodian of these natural resources to be harnessed and distributed as best as possible to serve the common good. The beneficiaries of a trust are the true owners of the same even if by the very nature of trusts, another may manage and oversee it on their behalf.

Conclusion From whatever angle this issue is being considered, worthy of note is that there are certain, almost predictable similarities and convergence between the positions of these two prominent elder statesmen which is the ardour and candour, their impatience with Nigeria’s millennial lassitude, their strident clarion call against marginalisation and mis-governance.

Without much ado, it is my humble admonition that a nation is held together not just by the aggregate of its human and natural resources, but by a qualitative and progressive harnessing of those resources for the betterment of both the regions where these resources are found and the nation at large.

Ajulo, FCIArb, UK, is the founder/executive director of Egalitarian Mission of Africa.