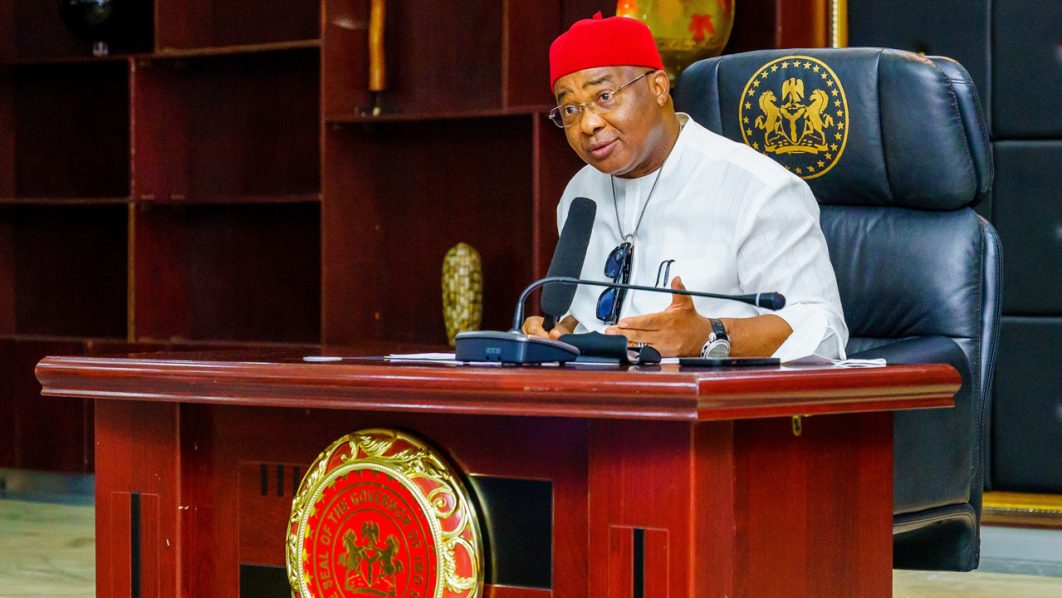 Imo State Governor, Hope Uzodimma, yesterday, commended elder statesman, Emmanuel Iwuanyanwu, for his contributions to nation-building, describing him as an icon of engineering and other fields of human endeavour.

He gave the commendation in his remarks at the fifth Emmanuel Iwuanyanwu Lecture Series in Owerri, the state capital with the theme: Infrastructure in Nigeria: An Embarrassment for Local Content Advocacy in the Construction Industry.

At the event, about 16 young engineers, who graduated tops in different institutions across the country, including those from Imo State, were honoured and assured of scholarship awards and employment.

Uzodimma, who was represented by the Deputy Governor, Prof. Placid Njoku, congratulated Iwuanyanwu on his achievements and described him as a “great tower in the engineering profession, sports promoter, media guru and an aviation entrepreneur, who has made Nigeria proud in the profession he belongs.”

MEANWHILE, the failure of government institutions has been identified as the major reason for collapsed buildings and the appalling state of infrastructure in the country.

A professor of Civil and Geotechnical Engineering, Samuel Ejezie, made the assertion, yesterday, at the Iwuanyanwu Annual Lecture Series.

Ejizie, who is former Dean, Faculty of Engineering, University of Port Harcourt, Rivers State, said rising cases of building collapse in the country had become a source of embarrassment, not only to the engineering community but also to the entire country.

He stressed that engineering contracts should be awarded strictly to companies owned and managed by engineers.

Ejizie added that the practice whereby non-engineers were made key construction contractors was unhealthy for infrastructure development and had greatly contributed to the poor state of engineering infrastructure in Nigeria.

He charged the Federal Government to institute an independent judicial organ, comprising mostly qualified and experienced engineers to work with the Council for the Regulation of Engineering in Nigeria (COREN).

This, he argued, would ensure speedy and decisive prosecution of those culpable in building failures and infractions, sub-standard construction works and other unethical conduct in engineering practice.