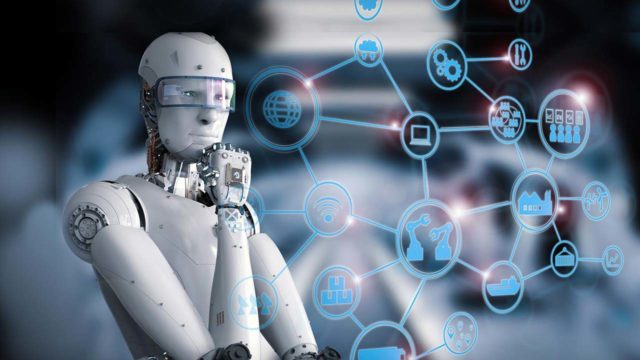 In the modern world of smart technology, with robots deploying artificial intelligence to take the job of humans, there is no end to all the smarts you can get… smart phones being the most popular of them. But there are now other smarts in the tech market.

I feel the urge to share the information, at least for the singular purpose of educating ourselves and to pinpoint on the table of development index where we are compared to other people in terms of the deployment of science and technology.

I urge you, therefore, not to feel too squeamish about absorbing the information especially when it has to do with topics that in many cultures are considered taboo or not suitable in public discourse or for public consumption. Truly, there was once a chronic universal aversion for such topics like stooling, going to toilet; calling such places by their true names could evince unpleasant responses or feelings. But the world of science has tempered such aversion.

Without any qualms, today the media can freely report scientific breakthroughs and technological advancement in medicine and write graphically and explicitly about the way and even the places we empty our bowels. In fact, it is no longer inappropriate to announce to the whole world that you are going to the toilet, formerly known as latrine, or lavatory, or small room. Or, for that matter, that you are on the toilet seat while talking to a distant caller on your smart phone. Which leads us to the topic at hand – the smart loo. In this generation, we have witnessed the metamorphosis and the seemingly decent haste with which what we used to call latrine has undergone. As teenagers, we knew the bush as the most convenient, even comfortable, places for defecation. As we got more civilized, we dug pits behind the dwelling houses and they were known as pit latrine. In boarding schools, we progressed from the pit to the pale or bucket system. In big cities the so-called night soil men were seen emptying buckets in the dead of the night and oftentimes in broad day light.

This, in most parts of the civilized world, has come to stay but with minor adaptations and improvements. As the technology of bowel emptying changed, so did the nomenclature over time. The trajectory covers the following sequence: from latrine, in all its glorious forms, to the lavatory, then to the toilet. Progressively, it changed to the bath, short hand for bathroom. And in public places, it was more decent to call them washroom or WC for water closet, and gents and ladies, then restroom with male and female section clearly marked.

But the giant leap, the cause of this extraordinary excursion back to our near stone age existence, came last week, courtesy of a friend in the UK. He forwarded to me on social media WhatsApp an extraordinary report in the Life and Style section of the Guardian of London announcing the arrival of the smart toilet. The article written by Emine Saner kicked off by stating that loo design, as they knew it in their own world, had not changed in the last 150 years.

That obviously has no bearing with developments in our side of the dark continent. Ours have changed over a short period of time. As I pointed out at the beginning of this piece, we have come a long way. Our journey into modernity has covered all the mile posts: from the bush latrine to the most modern bathroom, for most of the urban dwellers. But for some, even in Lagos or Abuja, there has been no visible change. In the slums that are almost inevitable features of urban cities, there are still lots of people who live the lives of the rural folks, the lives not suitable for human existence. These people are denied the most basic necessities of life. Water for them is a luxury. Modern WCs, as we choose to call them, are still not for the poor.

But that is what those in developed world have long taken for granted. For the average reader of the Guardian, the design of their toilet, decent, modern and fit for human use, had largely remained the same until Sonia Grego, a research professor at Duke University, Durham, USA, came up with the idea of smart toilet both for leisure and for medical purpose.

For a decade, according to the report, Professor Grego had been thinking about toilets and, more specifically, what toilet users deposit in them. She says: “We are laser focused on the analysis of stool. We think there is an incredibly untapped opportunity for health data. And this information is not tapped because of the universal aversion to having anything to do with your stool.”

But not anymore. Those who visit the hospitals for cure of one aliment or the other and those who need to do some tests, are required to bring stool or urine sample.

Grego is now working with colleagues to develop a toilet that uses sensors and artificial intelligence to analyze the waste. Already in existence are loos with genital washing capabilities or heated seats for winter country dwellers.

Grego, according to the report, believes that her product which “analyses and tracks stool samples and sends data to an app, will provide information related to cancer and many chronic diseases.”

With artificial intelligence virtually taking over human activities, it will not surprise you to learn the extent to which the invention can go. She says that smart toilet could make lifestyle suggestions – it could tell you, when you pay a courtesy visit to the loo, to eat more fibre foods or certain nutrients or it could help you to work out what triggers an uncomfortable gastric episode.

And talking of nutrition, there is also a Japanese manufacturer who has introduced into the market a toilet that not only analyses urine flow but has the capacity to send its users recipe for salmon and avocado salad. Holy smoke!

But Professor Grego is not alone. In 2018, Panasonic launched a smart toilet in China that tested urine and tracked body. There is also Joshua Coon, professor of chemistry and bioche-Madison. Though not a researcher and inventor with the eye on the market, he regards himself as “a smart toilet enthusiast”. That is not to say he would say no to industry leaders who may take interest in his enthusiasm.

The Guardian report says the toilet technology being developed by Coon’s academic lab is focused on urine analysis. He is quoted as saying there “are several thousand known different molecules in urine and they give you insight into what is going in your system.”

In one of the small studies he conducted, two persons, one of whom is Coon himself, he saved every urine sample for ten days. The report concludes: “it turns out that you can detect compounds that are diagnostic of exercise you have embarked on; you can see when an over-the counter medication comes into the system and clears out; you can see molecules that correlate with how well you slept, how much fat you had in your diet, what calorie intake was.” And so on and so forth. Smart loo may become the ultimate health monitoring tool. But without being pessimistic, this information, for now is certainly for our ears and eyes only. Half of the world’s estimated 3.6 billion people have no access to safe sanitation. And that, unfortunately, is where we belong.