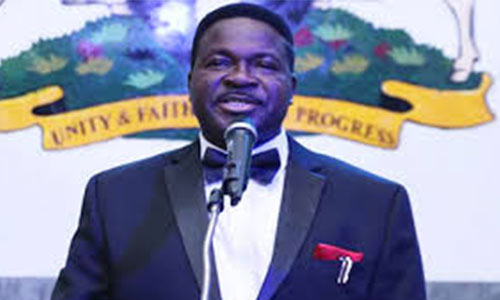 “Et tu Brutus?” is a paraphrase from Julius Caesar, a tragic play about political rivalries, written by renowned English playwright, William Shakespeare, about 1599.

In the play, Caesar is already one of Rome’s highest officials and is about to be crowned king. Jealous of Caesar for personal reasons, Roman Senator Cassius convinces another senator, Brutus, that Caesar must die. The lofty-minded, idealistic Brutus fears that Caesar will destroy the Roman republic by having himself crowned king. After Brutus joins the conspiracy against Caesar, Cassius, despite his sounder judgment, defers to Brutus’s wishes and makes the mistake of sparing the life of Mark Antony, Caesar’s protégé.

As Caesar walks to the Senate forum the next morning, a soothsayer attempts to alert him, warning, “Beware the Ides of March.”

Caesar ignored the message, stating that, “Cowards die many times before their death; the valiant never tastes of death but once.”

At the forum, the conspirators stab Caesar to death. A dying Caesar sees Brutus among the killers and delivers the famous line, “Et tu, Brutus?” (Thou too, Brutus?). As Shakespeare poetically put it, “When the noble Caesar saw him stab, ingratitude more strong than traitors’ arms quite vanquished him and then burst this mighty heart.”

We shall underpin, in this discourse, the connexion of this famous line with the doctrine of separation of powers, the present Nigerian judiciary, vis-à-vis the government’s anti-corruption fight.

It is interesting to note, for primary reasons, that the judiciary is the third arm of government under a democratic system of governance, bellowed by the hallowed principle of separation powers.

The doctrine of separation of powers

Separation of powers is the doctrine and practice of dividing the powers of a government among different branches to guard against abuse of authority. A government of separated powers assigns different political and legal powers to the legislative, executive and judicial branches. The legislative branch has the power to make laws, for example, the declaration of what acts are to be regarded as criminal. The executive branch has the authority to administer the law primarily by bringing lawbreakers to trial and to appoint officials and oversee the administration of government responsibilities. The judicial branch has the power to try cases brought to court and to interpret the meaning of laws under which the trials are conducted.

A government of separated powers is less likely to be tyrannical and more likely to follow the rule of law: the principle that government action must be constrained by laws. Separation of powers can also make a political system more democratic by making it more difficult for a single ruler, such as a monarch or a president, to become dictatorial. The division of powers also prevents one branch of government from dominating the others or dictating the laws to the public.

Development of the doctrine of separation of powers

The doctrine of separation of powers developed over many centuries. The practice of this doctrine can be traced to the British Parliament’s gradual assertion of power and resistance to royal decrees during the 14th Century. English scholar, James Harrington, was one of the first modern philosophers to analyze the doctrine. In his essay, Commonwealth of Oceana (1656), Harrington, building on the work of earlier philosophers Aristotle, Plato, and Niccolò Machiavelli, described a utopian political system that included a separation of powers. English political theorist, John Locke, gave the concept of separation of powers more refined treatment in his Second Treatise of Government (1690). Locke argued that legislative and executive powers were conceptually different, but it was not always necessary to separate them in government institutions.

Modern idea of the doctrine

The modern idea of the separation of powers was explored in more depth in The Spirit of the Laws (1748), a study by French political writer Baron Montesquieu. Montesquieu outlined a three-way division of powers in England among the Parliament, the king, and the courts, although such a division (he did not use the term “separation”) did not in fact exist at the time.

Baron de Montesquieu (1689-1755) was a French writer and jurist. Charles Louis de Secondat, Baron de la Brède et de Montesquieu, was born in the Château of la Brède and educated at the Oratorian school at Juilly and later at Bordeaux. He became counsellor of the Bordeaux parliament in 1714 and was its president from 1716 to 1728. Montesquieu first became prominent as a writer with his Persian Letters (1721; trans. 1961). In this work, through the device of letters written to and by two aristocratic Persian travellers in Europe, Montesquieu satirized contemporary French politics, social conditions, ecclesiastical matters and literature. The book won immediate and wide popularity; it was one of the earliest works of the movement known as the Enlightenment, which, by its criticism of French institutions under the Bourbon monarchy, helped bring about the French Revolution. The reputation acquired by Montesquieu through this work and several others of lesser importance led to his election to the French Academy in 1728.

His masterpiece was The Spirit of the Laws (1748; trans. 1750) in which he examined the three main types of government (republic, monarchy, and despotism) and stated that a relationship does exist between an area’s climate, geography and general circumstances and the form of government that evolves. Montesquieu also held that governmental powers should be separated and balanced to guarantee individual rights and freedom.

Society did not just happen suddenly from the blues; it has been evolving over time. The judiciary the world over is a sacred and consecrated arm of government. It is an hollowed institution, preserved only for the finest breeds of men and women.

The typical division of branches is into a legislature, an executive, and a judiciary. It can be contrasted with the fusion of powers in a parliamentary system where the executive and legislature (and sometimes parts of the judiciary) are unified. Separation of powers, therefore, refers to the division of responsibilities into distinct branches to limit any one branch from exercising the core functions of another. The intent is to prevent the concentration of power and provide for checks and balances. The simple rationale is that power corrupts and absolute power corrupts absolutely.

The term ‘tripartite system,’ as already noted, is ascribed to French Enlightenment political philosopher Baron de Montesquieu. In The Spirit of the Laws, Montesquieu described the separation of political power among a legislature, an executive, and a judiciary. Montesquieu’s approach was to present and defend a form of government that was not excessively centralized in all its powers to a single monarch or similar ruler. He had based this model on the constitution of the Roman republic and the British constitutional system. Montesquieu took the view that the Roman republic had powers separated so that no one could usurp complete power. In the British constitutional system, Montesquieu had discerned a separation of powers among the monarch, Parliament, and the courts of law. Montesquieu did actually specify that “the independence of the judiciary has to be real, and not apparent merely.” “The judiciary was generally seen as the most important of powers, independent and unchecked,” and also was considered dangerous.

He stated: “The independence of the judiciary has to be real, and not apparent merely. If the ruler pulls strings behind the curtains, people will notice where ultimate decision-making power lies, and the steps of the ruler’s palace will again swarm with harassing crowds hoping to influence upcoming decisions of the court.”

Renowned foremost constitutional lawyer, Professor Nwabueze, while emphasizing the importance of the principle of separation of powers says: “Concentration of governmental powers in the hands of one individual is the very definition of dictatorship end absolute power is by its very nature arbitrary, capricious and despotic. Limited government demands, therefore, that the organization of government should be based on some concept of structure, whereby the functions of law-making, execution and adjudication are vested in separate agencies, operating with separate personnel and procedure. We are not prepared, write Vile, ‘to accept that government can become, on the ground of ‘efficiency,’ or for any other reason, a single undifferentiated monolithic structure, nor can we assume that government can be allowed to become simply an accidental agglomeration of purely pragmatic relationships…By separating the function of execution from that of the law-making, by insisting that every executive action must, in so far at any rate as it affects an individual, have the authority of some law, and by prescribing a different procedure for law making the arbitrariness of executive action can be effectively checked.”

Concepts of the rule of law

Many conceptions of the rule of law place great emphasis on legal certainty, predictability, and settlement on the determinacy of the norms that are upheld in society, and on the reliable character of their administration by the state. Citizens need predictability in the conduct of their lives and businesses. Knowing in advance how the law will operate enables one to plan around its requirements and how they have to act if they are to avoid its adverse impact on their affairs. However, the rule of law is not just about general rules but is also about their impartial administration. For example, one of the great 19th Century theorists of the rule of law, Albert Venn Dicey, placed at least as much emphasis on the normal operation of the ordinary courts as he did on the characteristics of the norms they administered. The law inevitably creates a great danger of arbitrary power.

Week after week, henceforth, this column will deliberately include short bites on some sounds and bites. It would include jokes (to soothe our aching nerves), philosophical platitudes (to redirect our steps) and scriptural quotes (to pave the way to eternity). We commence this week.

Man A: I have a perfect son.

Man B: Does he smoke?

Man B: Does he drink whiskey?

Man B: Does he ever come home late?

Man B: I guess you really do have the perfect son. How old is he?

Man B: He will be six months old next Wednesday.”

Thought for the week

“On the mountains of truth you can never climb in vain: either you will reach a point higher up today or you will be training your powers so that you will be able to climb higher tomorrow.”