Political Obligation And Obedience In Nigeria
Bolaji Ogungbemi
September 29, 2021
7:05 am 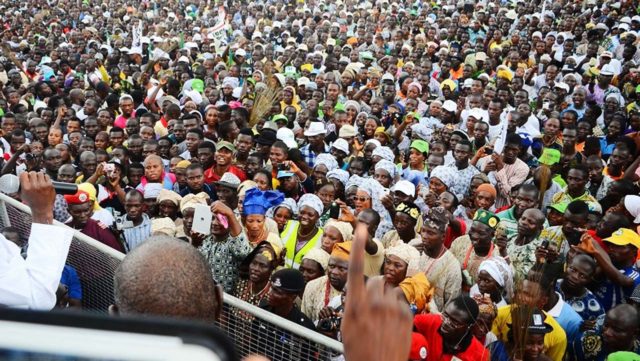 There are several contending views on why Nigeria is seen as a failed state, lagging behind Afghanistan. While many people highlight leadership as the main issue, others aver that it is corruption together with ethnicity and religious diversity. There are also those who state that Islamic insurgency spearheaded by Boko Haram in the North and banditry orchestrated by herdsmen all over the country are the pressing issues which need to be resolved for a peaceful Nigeria. Many Nigerians emphasize that the endemic issues are constitutional restructuring, true federalism and resource control. All these issues have to be addressed if we must continue in peace and as one nation. Otherwise there will be a break-up of the federation or a chaotic disintegration, with different ethnic groups going their different ways after a protracted shedding of blood, as is happening in some African countries and parts of the Middle East.

In spite of the stated views and their consequences on the country, degenerating into a failed state, it is pertinent to direct attention to another area which many scholars and politicians are not considering. This is the tripod of justice, political obligation and political obedience which are anchored on the basic problematic of legitimacy of the Nigerian nation-state. If these issues are not resolved, the other problems would be a mirage.

Sometimes I wonder if ever these issues I have raised are resolvable. If they are not, then, there is no hope of Nigeria ever remaining as a one nation-state in the future. This pessimistic view is based on the very nature of the constituting groups that compose Nigeria.

I agree to a large measure with the views of Plato, that justice is the bond which holds a society together. It is a harmonic union of individuals, each of whom has found his life work in accordance with his natural endowment and training. This fact is not contestable, especially when that society is a homogenous group of people, with cultural, linguistic and religious similarity or affinity. In this regard, the Nigeria state is a far cry from the ideal.

However, continuing with Plato’s position, justice is both a public and a private virtue because the highest good of both the state and of its members is thereby assured. There is nothing better for a man than to have his work and to be fitted to do it. There is nothing better for other men and for the whole society than that each should fill the station to which he is entitled.

Accordingly, justice is the central purpose of the state. This is about protecting the people from one another or from external and internal attacks. Justice is also the provision of the social, political and economic environment in which men and women can grow to full stature and in return contribute to both the needs of others and the state. Therefore, justice is a political obligation, a responsibility and a duty to be performed. A duty is an action that a person is obliged or mandated to perform. An obligation represents a sense of duty, responsibility and commitment. In this regard, obligation can also be seen as an idea of reciprocity of duties, responsibilities and commitment between persons, groups or the state and its citizens. Obligation can be moral, legal or political.

The issue of political obligation generates the question about the responsibility of the state to the citizens. The individual is obliged to obey the state as long as the state provides for him a structure, a system or a framework within which his dues are equitably provided. Here, the state must guarantee justice so that it can be a society in which the ability of the individual can be utilized for the ultimate good of all. In this sense, an individual is obliged to obey the state on the grounds that the state will give him or her rights and opportunities to function as a human being. This also includes the fact that the individual will benefit from the state in terms of social amenities. To be continued tomorrow. Dr. Orieso was a lecturer at the University of Benin and former member of the House of Representatives.