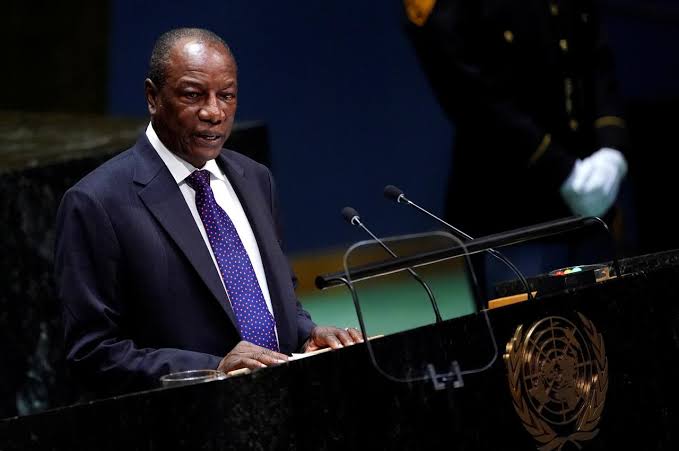 Following the recent military coup that ousted Guinean President Alpha Conde, the country might be unable to proceed with its bid to present a candidate in the forthcoming election for a new Secretary General of the Maritime Organisation of West and Central Africa (MOWCA). The military takeover has led to the suspension of Guinea by the African Union (AU) and the Economic Community of West African States (ECOWAS) until the junta restores democratic order.

Findings by The Guardian indicate that all member states of MOWCA in the AU and ECOWAS are likely to take a cue from the decisions of the two continental organisations.

It would be recalled that at the closing date for submission of applications, three candidates from Nigeria, Guinea and Benin Republic had applied. With the turn of events, Nigeria’s chances of clinching the Secretary General chair remains high.

MOWCA President and Transport Minister of Ghana, Kwaku Ofori Asiamah, who took over at the 15th General Assembly held in Kinshasa, Democratic Republic of Congo, has begun moves for reforms, including urging member countries to obey the organisation’s Rules of Procedure and making possible amendments where necessary.

The 15th General Assembly could not produce a new Secretary General as some countries insisted on fielding candidates older than the maximum 55 years requirement.

Article 74 of the August 6, 1999 Rules of Procedure of MOWCA states that every candidate aspiring to the post of Secretary General should fulfill the following: “Be a native and citizen of one member state, be aged 35 years at least and 55 years at most, be a university graduate or have an equivalent training, be proposed by his country of origin, have experience and competence in maritime transport, have excellent professional and moral references, have a mastery of one of the working languages, not be a citizen of the country holding the headquarters of the organisation.”

A draft annotated agenda circulated in Kinshasa had confirmed that only Nigeria’s Dr. Paul Adalikwu was qualified for the contest because he applied in compliance with the age rule. One other candidate, Mamadou Diallo of Guinea, was 60 as at the close of applications, while Katari Leon of Benin Republic was 62 years.

Adalikwu, who holds a Ph.D in Public Administration and Management, got the approval of President Muhammadu Buhari after due scrutiny in compliance with the academic, age and other requirements for eligibility.