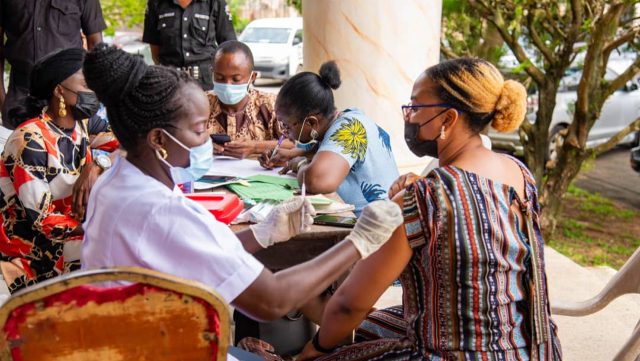 This era is quite appropriate for a reflection on labour leadership under COVID-19. The latter has thrown up a lot of transformation processes in all spheres of human endeavour. I have observed elsewhere that COVID-19 occurred outside the crystal ball of many a seer. No one told us to expect a pandemic with far-reaching consequences from Wuhan, China in December 2019. It is only in the United States that leadership in that country had severally foreshadowed the possible outbreak of a pandemic over which they must be prepared. Nevertheless, they were still caught unaware. Apart from parts of Africa, with fewer fatalities, every part of the world has been gravely affected. For the second year running, the world is still battling to curtail the virus with indeterminate vaccines amid emerging deadly variants. As of June 29, 2021, the global figures glimpsed from WHO Coronavirus dashboard were 181,007,816 confirmed cases of COVID-19, including 3,927,222 deaths while as of 28 June 2021, a total of 2,660,756,547 vaccine doses were administered. COVID-19 is a threat to humanity. Indeed, no country has escaped the crippling socio-economic effect of COVID-19. Economies activities plummeted in every country with corresponding lay-offs. Macro-economic indicators showed a deep in global economic output. As of June 2020, the World Bank projection was remarkably pessimistic:

“The June 2020 Global Economic Prospects describes both the immediate and near-term outlook for the impact of the pandemic and the long-term damage it has dealt to prospects for growth. The baseline forecast envisions a 5.2 percent contraction in global GDP in 2020, using market exchange rate weights—the deepest global recession in decades, despite the extraordinary efforts of governments to counter the downturn with fiscal and monetary policy support. Over the longer horizon, the deep recessions triggered by the pandemic are expected to leave lasting scars through lower investment, an erosion of human capital through lost work and schooling, and fragmentation of global trade and supply linkages”.

The above is the context of our conversation. However, the point should be made that any thought process on labour leadership under any circumstance is a call to re-visit the traditional role of labour leadership in relation to the condition of the working class. It is intelligible in the context of the state and the forces of the international political economy. The dynamics are nuanced by the intervening variable of COVID-19 emergency. As the World Bank rightly noted, “The crisis highlights the need for urgent action to cushion the pandemic’s health and economic consequences, protect vulnerable populations, and set the stage for a lasting recovery”.

An understanding of the historical role of labour is imperative in the light of emerging global challenges. According to P. Savchenko, “Labour is man’s purposeful activity through which he adapts natural objects and uses them to satisfy his needs. In any labour process, man expends his physical, nervous and mental energy. Labour results in the emergence of useful products”. He further noted that, “Under capitalism, labour takes on the form of hired labour. Hired labour is a historical form of labour which emerges when the means of production become counter-posed to man as an alien force, as capital. Man cannot work before he sells his labour power, i. e. his ability to work, to the owner of capital—the capitalist.

Their interest can never coincide because the capitalist uses the means of production, machinery and technology, which are in his possession, to exploit hired workers. For all the variety of its forms, coercion is the common feature characterising labour in antagonistic societies where the coercive nature of labour is predetermined by its social form”. It is to be noted, however, that the working class creates wealth as expressed in the labour theory of value. The Nigerian workers exist within the global capitalist relations of production.

The principal law of capitalism is the exploitation of the working class. The logic of exploitation defines the historical role of the working class and its leadership. From a historical viewpoint, the role is bifurcated into workerism or economism and revolutionary engagement. The former is what Peter Fairbrother called “policies associated with economic instrumentalism and compromise”. Oladipo Fashina has captured this duality of role of the working class leadership thus: “Trade unions are said to be ‘political schools’ for workers where they struggle not only for better wages, and conditions of service. In trade unions, workers learn that democracy is their struggle; they learn that without political power, workers will ever remain exploited. The economic struggle must be given a political character, workers must be able to understand the connection between their dissatisfaction with their conditions and the character of the political system”.It is well known that we are in an era of globalization in which, to borrow Milton Friedman’s words, the world is flat. In other words, the world is now a global village.

This global village is underlined by the development of advancement of productive forces, the means by which humans socially produce and reproduce the necessities of life. This is a dynamic that the working class partisan, Karl Marx addressed. As he noted, “capital has pushed beyond national boundaries and prejudices, beyond deification of nature and the inherited self-sufficient satisfaction of existing needs confined within well defined bounds, and the reproduction of the traditional way of life.

It is destructive of all of this, and permanently revolutionary, tearing down all obstacles that impede the development of productive forces, the expansion of needs, the diversity of production and the exploitation and exchange of natural and intellectual forces”. The Information and Communication Technology (ICT) oils the wheel of globalization. In tow is the fourth industrial revolution that is hallmarked by artificial intelligence (AI). I have noted in my reflection on labour leadership in the twenty-first century, these changes in productive forces do affect labour relations in ways that are either positive or negative. While the challenges to trade unions lie in the nature and character of productive forces, the state and international political economy, nature itself also poses a challenge thereby augmenting the headache of the working class and its leadership.

The OECD has noted that “The COVID-19 pandemic has triggered one of the worst jobs crises since the Great Depression. There is a real danger that the crisis will increase poverty and widen inequalities, with the impact felt for years to come. Countries now need to do everything they can to stop this jobs-crisis from turning into a social crisis. Reconstructing a better and more resilient labour market is an essential investment in the future and in future generations”.

Two major ways in which COVID-19 has affected the wellbeing of workers are discernable—contacting the virus and income loss. The summary by the International Labour Organisation (ILO) is revealing on the plight of the working class. The labour organisation noted that: “The equivalent of an unprecedented 255 million jobs were [was] lost as a result of the COVID-19 pandemic. Global unemployment increased by 33 million in 2020, with the unemployment rate rising by 1.1 percentage points to 6.5 per cent while 81 million workers quit the ranks of the labour market altogether, and millions of enterprises were forced to close or sharply curtail their activities…This led to a sharp increase in poverty and inequalities. Global labour income declined by 8.3 per cent, which amounts to US$3.7 trillion, or 4.4 per cent of global GDP. The number of working people in extreme poverty (i.e. earning less than US$ 1.90 per day in PPP) increased by 31 million worldwide between 2019 and 2020, bringing the extreme working poverty rate to 7.8 per cent (up from 6.6 per cent in 2019).”

For Africa the World Bank again provided the following outlook: “Urban informal jobs are hit hardest. About 80% of workers in the region are informal, with little or no protection against the effects of COVID-19. In all four countries, urban jobs were lost in higher proportion than in rural areas. Nigeria reported that 56% of people with urban jobs had stopped working compared to 40% for rural jobs, Uganda follows the same pattern of job loss (29% urban vs 11% rural) as well as Ethiopia (12% urban vs 6% of rural), and Malawi (8% urban vs 6% of rural). Most of the jobs in urban areas are family businesses, most of them are informal, above 80% are not officially registered, 40% conduct their business at home and 82% don’t hire employees who are not household members”. To be continued tomorrow. Professor Akhaine delivered this paper at a Workshop Organised by Trade Union Congress of Nigeria, Ikeja, Lagos, Nigeria.