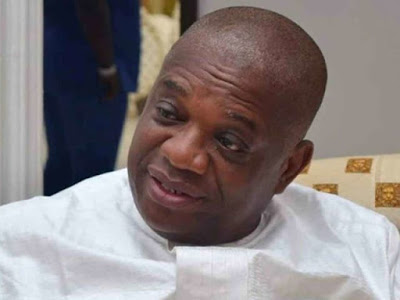 Dissatisfied with the ruling of an Abuja Federal High Court, which barred it from retrying the former Abia State Governor Orji Uzor Kalu, the Economic and Financial Crimes Commission, EFCC, Wednesday vowed to appeal against the ruling.

It will be recalled that Justice Inyang Ekwo of the Federal High Court had in a ruling stopped the Commission from retrying the former governor.

Kalu was serving a 12-year jail term for N7.1billion fraud when the Supreme Court, ruling on an appeal by Kalu’s co-defendant, Ude Udeogu, on 8 May 2020, nullified the proceedings leading to their conviction.

Ruling on the application, Justice Ekwo, granted the ex-governor’s request on the grounds that the apex court’s judgment did not order the retrial of Kalu and that by virtue of Section 36 (9) of the 1999 constitution as amended, or Section 283 (2) of the ACJA (Administration of Criminal Justice Act), “no person can be retried on the offence upon which he has been convicted”.

“EFCC believes the judge erred in this ruling as Section 36(9) of the 1999 constitution is applicable only where the previous judgment was by a court of competent jurisdiction.

” In this case, the apex court had in the said judgment described the process that led to the conviction of Kalu as a nullity because the Judge came from the Court of Appeal to decide the matter.

“The Commission further avers that the court erred in its ruling that the Supreme Court did not order the retrial of Kalu; that it amounts to cherry-picking for Kalu to profit from the decision of the Apex court nullifying the conviction of his co-defendant, Ude Udeagu but is not prepared to face the burden of retrial,” EFCC’s Spokesman, Wilson Uwujaren, said on Wednesday night.