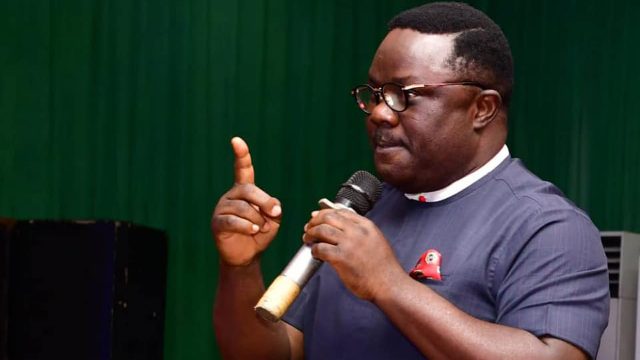 Cross River State Government has assured citizens of the state and members of the public that it will not sell 46 industries to cronies in the planned privatisation of its enterprises.

Chairman of the Cross River State Privatisation Council, John Odo, stated this, yesterday, in Calabar while receiving the questionnaire sent out by the council to sample public opinion on the privatisation process.

He said the idea of distributing referendum questionnaire to Cross River people was to enable the people to participate in the decision-making process aimed at making the process transparent.

“The enterprises will not be sold to cronies as being claimed in some quarters, otherwise we would not be bothered by the process. The essence of the questionnaire is to get the people involved and it is Governor Ben Ayade’s brainchild.

“The privatisation law existed before the present administration and the governor is making a difference by involving the Cross River people in the process through the questionnaire. He relinquished his powers to the people to determine the direction the state should go,” Odo said.

He explained that there were three modules in the questionnaire and 46 industries were listed for the people to decide, adding that the distribution of the questionnaire covered the 18 councils of the state, trade associations, professional bodies and the Diaspora population through an online platform, among others.

Also speaking, Commissioner for Commerce, Mrs. Rosemary Archibong, commended the council for making the process transparent and urged the people to get involved and participate in the management of the industries.

On his part, Technical Adviser to the governor on privatisation, Francis Ntamu said Governor Ayade inherited the state privatisation law but raised the bar by asking the council to do a survey and sample people’s opinion through questionnaires.

Consequently, the council set up a seven-man technical committee to scrutinise the report, headed by Josephat Ogar, with Asim Ita as secretary and other members as observers.