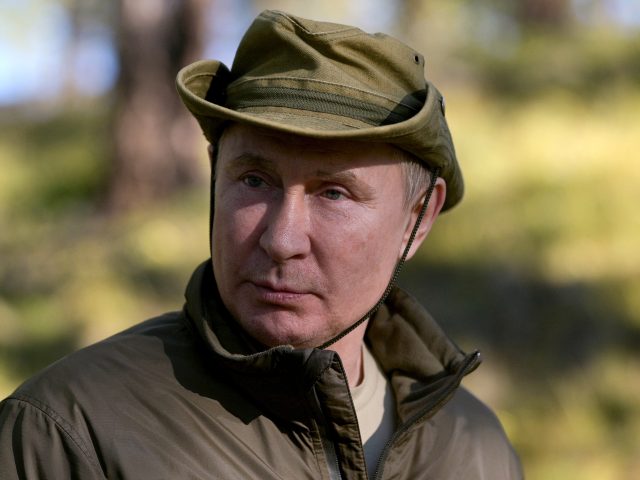 The recent announcement that putschists in Mali who seized power in May are close to a deal with the notorious Russian Kremlin-linked group, Wagner, to bring in 1,000 mercenaries, has ruffled feathers in Paris.

Amidst much coverage of the 6000-strong American and 7000-strong French military presence in Africa, as well as the ubiquitous Chinese activism as Africa’s largest bilateral trade partner, the Russian military presence has not enjoyed as much attention in public debates.

Moscow has sometimes been able to hide behind Brazil, Russia, India, China, and South Africa (BRICS) grouping to present itself as among countries challenging a United States (US)-dominated world order. But, what does autocratic Russian president, Vladimir Putin, want in Africa? The Cold War’s “Axis of Evil” During the Cold War, the US and the Soviet Union supported local despots and waged ideological proxy wars in Angola, Mozambique, Ethiopia, Somalia, Sudan, and the Democratic Republic of the Congo (DRC). The continent was flooded with arms, and an estimated 10 million Africans died as a result of these conflicts. Having lost key Socialist allies like Patrice Lumumba, Kwame Nkrumah, and Ben Bella in the 1960s, Moscow adopted a more cautious policy toward Africa. Cultural institutes were established on the continent, and African students trained at Moscow’s Patrice Lumumba University. Russia also provided crucial military support and training to liberation movements in Algeria, Namibia, Angola, and South Africa. Its more daring Cuban ally deployed 30,000 troops to Ethiopia and 15,000 to Angola, playing a decisive role in defeating apartheid South Africa’s army at Cuito Cuanavale in 1988. After the disintegration of the Soviet Union in 1991, the rump Russian state focused on events closer to home, ending aid programmes in Africa and closing 10 embassies, four consulates, and most of its cultural centres and trade missions.

The Bear Returns to Africa Former intelligence agent, Vladimir Putin, became Russia’s president in March 2000 and sought to restore the country’s great power status after what Moscow regarded as a decade of humiliation by a US-led NATO expanding eastwards. Russia had supported South Africa’s entry into the BRICS in April 2011, and Putin attended its summits in Durban in March 2013 and Johannesburg in July 2018. He established close ties with President Jacob Zuma who had received military training in Russia, and who became a frequent visitor to Moscow. Russia cancelled $12 billion of Soviet-era debts to African countries. Links were also forged with Zimbabwe’s Robert Mugabe, and long-standing ties with Algiers and Cairo were resuscitated through Abdelaziz Bouteflika and Abdel Fattah el-Sisi. An estimated two-thirds of Moscow’s $12 billion bilateral trade with Africa in 2014 – a paltry 2% of its global trade - was with Egypt and Algeria. Russia’s mostly state-owned companies have invested in Algerian oil and gas; Zimbabwean platinum; Angolan diamonds; Namibian uranium; Guinean bauxite; and Malian gold. Political ties were further strengthened through the hosting of the first Russia-Africa summit in Sochi in October 2019, attended by 43 African leaders. Moscow has also sought to gain African diplomatic support for its policies – especially as Western sanctions increased on Russia in 2014/2015 - in both the 15-member UN Security Council (which includes three African non-permanent members) and the 193-strong UN General Assembly, in which Africa constitutes a quarter of the membership. Often working with Beijing, Moscow worked with fellow BRICS ally, South Africa, as well as Côte d’Ivoire, Equatorial Guinea, Tunisia, and Niger on the Security Council, to block Western interests in the DRC, Burundi, Libya, Sudan, and Abyei in 2019/2020.

War and Peace As with its intervention in the Syrian civil war in 2015, Putin has often adopted the role of a pragmatic poker player, seeking to take advantage of opportunities to gain an advantage over Western interests in Africa. Moscow has sought, since the Cold War era, to establish a base on the Horn of Africa through which to link its interests in Africa and the Middle East. Pax Russica has dramatically challenged Pax Gallica in Paris’s self-declared chasse gardée (private hunting-ground). Moscow has used a military-mines complex to entrench its influence in the Central African Republic (CAR). Military accords have been signed with Mali, Burkina Faso, Chad, Mauritania, and Niger: all members of a French-led G5 Sahel force. Russia’s most expansive intervention has been in the CAR through the shadowy Wagner Group, led by Kremlin-aligned oligarch, Yevgeny Prigozhin, who sent 175 mercenaries to Bangui in 2018 to protect key politicians and to guard gold and diamond mines. Former Russian intelligence officer, Valery Zakharov, also serves as the CAR’s national security adviser. When Washington refused to sell arms to the Nigerian government to fight Boko Haram insurgents in 2014, Abuja was able to order 12 attack helicopters from Russia five years later. About 500 Russian mercenaries were reported to be operating in northern Sudan in 2018, while 200 mercenaries were dispatched to northern Mozambique by 2019. Putin has backed Libyan warlord, General Khalifa Haftar, with mercenaries, 24 fighter jets, and surface-to-air missiles in the country’s decade-long civil war. Moscow also supplied light arms to Mali in 2013, and two of the putschists, Malick Diaw and Sadio Camara, in an August 2020 coup d’état returned from a military training programme in Moscow a few days before the overthrow of the government. During demonstrations in Bamako in November 2019, Russian flags were on full display, and many called for Moscow to replace what they regarded as the French neo-colonial G5 initiative in the Sahel. After a military coup in Guinea, led by former French foreign legionnaire, Colonel Mamady Doumbouya, three weeks ago, Russia vociferously condemned the putsch, insisting that its stake in three bauxite mines and an alumina refinery be protected. Moscow’s arms sales to Africa have been a source of controversy, as these are often based on shadowy deals in which official figures are not always reliable. Fighter jets have been sold to Uganda, military helicopters to Mozambique, and tanks, jets, helicopters, artillery, and ammunition to Angola. Between 2016 and 2020, the Stockholm International Peace Research Institute (SIPRI) estimated that 18% of all Russian arms sales went to Africa, though Algeria and Egypt accounted for 90% of these weapons. Delusions of Grandeur During a December 2018 speech, hawkish American national security adviser, John Bolton, called on Washington to contain Russia and China in Africa. Oil and gas-rich Russia can, however, not compete with China, the US, and the European Union in terms of investment, trade, and aid on the continent. Moscow’s economic activities are narrow, and have largely focused on extractive sectors. Russia has come nowhere near establishing military assets such as America’s $100 billion drone base in Niger. Its $20 billion annual trade with Africa is a mere 10% of China’s own commerce with the continent. Like France, Russia suffers from delusions of grandeur in trying to act as a revived superpower competing with the US for global influence. Both Moscow and Paris are clearly now second-rank powers, compared to America and a rising China. Neither has the economic clout to sustain a major military role in Africa. Professor Adebajo is director of the University of Johannesburg’s Institute for Pan-African Thought and Conversation in South Africa.