Negligence of a parent in the death of a child
Bolaji Ogungbemi
September 28, 2021
8:13 am 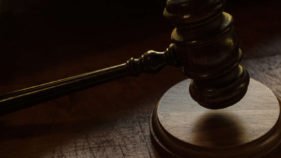 Gross Negligence is the most serious form of negligence and is the term most often used in medical malpractice cases. These cases are highlighted by reckless behavior that a reasonable person would not commit. An example could be a home care nurse not providing a patient with food or water for several days.

Contributory negligence is when a person isn’t 100% at fault for a crime but did contribute in some way. An example is someone texting and driving that gets into an accident with another driver that made an illegal turn.

Comparative negligence is when a party is partially responsible for the harm they’ve experienced. In these situations, even being 1% responsible may make the person unable to receive compensation. An example could be someone injuring themselves on a wet floor, even though there was a wet floor sign present. In this scenario, the injured person is usually deemed responsible for knowing their surroundings and isn’t due to any damages.

Vicarious Negligence is when someone is indirectly responsible. The most common example is a dog bite. Though the person themselves did not injure someone, their dog did, and thus they are responsible to cover any injuries caused by their dog.

What amounts to negligence; what a plaintiff must prove to establish negligence:

In Donoghue v. Stevenson (1932) AC 562/(2002) 12 WRN 10, the locus classicus on negligence, the erstwhile House of Lords evolved three ingredients of negligence, which a plaintiff must establish, thus: that the defendant owed him a duty of care, that there was a breach of the duty and that the breach caused him injury or damage. These three ingredients have since been accepted and assimilated in the Nigerian jurisprudence, see MOTHERCAT (NIG) LTD & ANOR v. AKPAN (2019) LPELR-47158(CA) Per OBANDE FESTUS OGBUINYA, JCA (Pp 17 – 18 Paras A – B).

On whom lies the burden of proving negligence; effect of failure to prove same

The burden of proof of negligence falls on the plaintiff who alleges negligence. This is because negligence is a question of fact and it is the duty of the party who asserts it, to prove it. Failure to prove particulars of negligence pleaded is fatal to the case of the plaintiff. See DON & CHYKE (NIG) LTD & ANOR (2020) LPELR-52423(CA) Per ADZIRA GANA MSHELIA, JCA (Pp 47 – 47 Paras C – D)

When is negligence actionable in Nigeria.

The basic principle of the law of negligence. It is that there can be no action in negligence unless there is damage. Negligence is only actionable if the actual damage is proved. The gist of the action is damage and there is even no right of action for nominal damages. See IYERE v. BENDEL FEED AND FLOUR MILL LTD (2008) LPELR-1578(SC) Per IBRAHIM TANKO MUHAMMAD, JSC (Pp 40 – 40 Paras B – D). For example, if a supermarket fails to clean up a wet floor for an extended period of time, they have breached the duty to a customer if he or she slips and falls as a result and fractures his/her bones as a result of the same. However, if he slips and incurs no injury or fracture the duty of care is breached but without damages, which makes the action not actionable under Nigerian jurisprudence. Lord Reading, C.J. observed in Munday Ltd. v. L.C.C. (1916) 2 K.B. 331: that “Negligence alone does not give a cause of action, the two must co-exist.” This statement of law received approval of the judgment of Her Majesty’s Privy Council Per Viscount. Simon, L.C. in E. Suffolk Rivers Catchment Board v. Kent (1941) AC. 76 at page 86.”

Negligent death, also known as wrongful death, is the death of someone due to the fault of another person or entity. The surviving family members can bring suit against the at-fault individual or entity to help compensate them for associated damages having to do with their loved one’s death.

For a case to be considered a wrongful death, there has to be a fault at play. There are specific elements for proving negligence, which includes:

Duty of care is one of the most complicated aspects of negligence. The general rule is everyone owes the public at large a duty to act reasonably. Some people in society owe a special duty to someone else. This includes the special duties a parent owes their child to protect them. Certain professions owe their clients a heightened duty such as doctors and lawyers, due to the vulnerabilities and confidences that are held in that type of professional relationship. To prove a case of negligent death, you have first to show that the defendant owed the deceased at least a general duty of care.

Once you have established that there was a duty owed to the person who was killed, you have to prove that the duty was subsequently breached.

Can a Parent Be Responsible for a Child’s Wrongful Death? THE ANSWER IS YES

In that case, 6-year-old Ezekiel Goodwin was killed in an auto accident when a truck backed up into him. He had been riding his bicycle unsupervised on the service road between the campgrounds and the fairgrounds controlled by Northwest Michigan Fair Association. The jury said the accident was 50% the fault of the truck driver who hit Ezekiel and 50% the fault of the fairground for allowing vehicles on the service road during the fair.

But the fair association said the jury should have also considered Ezekiel’s father’s duty to supervise his child. The Michigan Court of Appeals said parental immunity protected Goodwin from legal responsibility for his failure to supervise Ezekiel. But it also said the jury should have considered his role as a “nonparty at fault” when dividing its verdict among the responsible parties. Goodwin wouldn’t have had to pay his share of the damages, but the fair association and the truck driver also would not be required to pay more than their fair share because of parental immunity. Thus, sometimes parents cause their children’s personal injury or wrongful death.

In Nigeria, there is no liability on a parent for the death of their child. However, a parent has a statutory duty to care and provide for his/her child. See SECTION 2 CHILD’S RIGHTS ACT 2003

(1) A child shall be given such protection and care as is necessary for the well-being of the child, taking into account the rights and duties of the child’s parents, legal guardians, or other individuals, institutions, services, agencies, organizations, or bodies legally responsible for the child.

(1) Every child has a right to parental care and protection, and accordingly, no child shall be separated from his parents against the wish of the child except‐

(a) for the purpose of his education and welfare; or

(b) in the exercise of a judicial determination in accordance with the provisions of this Act, in the best interest of the child.

Where the child does not die but is injured by the parent’s negligence, can a child, or the children sue their parents for personal injury? YES See SECTION 17 CHILD’S RIGHTS ACT 2003

(1) A child may bring an action for damages against a person for harm or injury caused to the child willfully, recklessly, negligently, or through neglect before, during, or after the birth of that child.

Conclusively, even though the principle of law, like the one in Goodwin v Northwest Michigan Fair Ass’n, has not been established in Nigeria, the child’s rights act has laid down statutory duties of a parent to his/her child, and given the child the right to sue if his/her parent fails in carrying out their statutory duty.

Category : Article
Tags : DUTY OF CARE negligence
PreviousDemocracy In Peril
NextA synopsis of some of the changes made by the Petroleum Industry Act, 2021