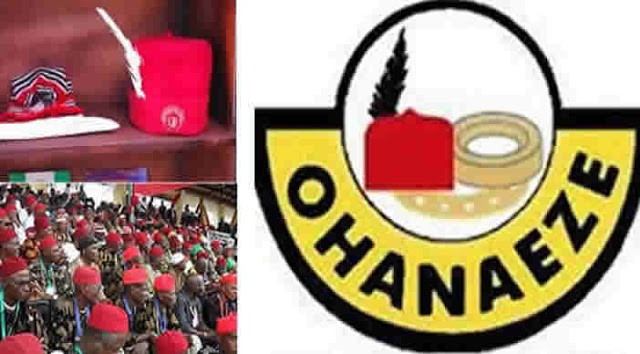 THE President General of Ohanaeze Ndigbo Worldwide, Prof. George Obiozor, on Monday, warned that Igbo must avoid being a race voluntarily chosen to perish in violence and insecurity.

Obiozor, who was former Nigeria’s Ambassador to the United States and Israel, gave the warning in a statement to the annual celebration of Igbo Day that would be held on Wednesday.

In the statement titled, ‘Stop anarchy in Igbo land, go for dialogue’, Ohanaeze stated that what was happening in Igbo land was not liberation, but “Ala Igbo destruction and devastation”, describing it as a national tragedy for Igbo.

While appealing to the leadership of the Indigenous People of Biafra, to reassert their authority and control of the organisation, called for return to normalcy in Igbo land.

That despite suspension of the IPOB every Monday sit-at-home order, residents had continued to observe the sit-at-home as hoodlums cashed in to wreak havoc on the citizens.

Obiozor, however, warned that the liberty and freedom of Ndigbo were now threatened internally and externally by the sit-at-home.

The statement partly read, “The Ohanaeze Ndigbo Worldwide, traditional rulers and stakeholders call for an end towards anarchy in Igbo land.

“Our youths, particularly the leaders of IPOB, should take notice of the danger violence has posed in Igbo land.

“Ndigbo must avoid being a race that has voluntarily chosen to perish in violence and insecurity, and we must stop threatening ourselves and there must be a stop to violence and violence rhetoric. Something other than the initial objectives of IPOB is taking place and it is dangerous.

“To our son, Nnamdi Kanu himself, what good is it to have the greatest dream in the world if others reap the benefit and glory.”

The Ohanaeze president general maintained that what Ndigbo wanted in Nigeria, “is that we should become a light unto the world, like all good people in the world ought to be.

He said, “We repeat our preference for dialogue instead of violence or military solutions to national problems. The dialogue should not be delayed further.

“For Ndigbo, the demand is simple; that the Nigerian Federation should be sustained and have a sense of stability. It must be a union of equals and the composite units must have the ability to survive without begging the centre.