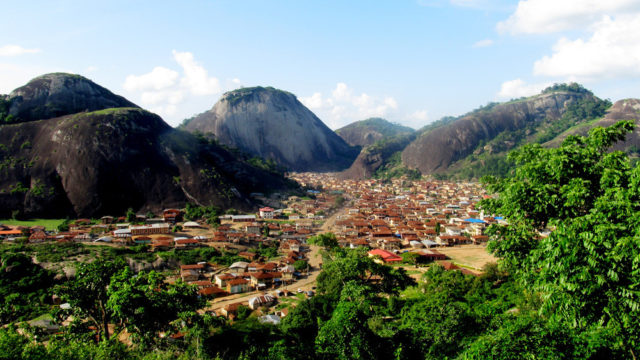 • tasks citizenry on attitudinal change Justice, Development and Peace Centre (JDPC) of the Catholic Diocese of Ondo, has urged the citizenry to shun violent attitudes.

The JDPC legal officer, Mr Valentine Agabi, said this on Friday during the 1-Day seminar on Violence Against Persons Prohibition (VAPP) Law, themed: “Administration of VAPP Law: Innovations, Implementation and the way forward.”

He noted that the review with critical stakeholders was essential, saying that Ondo state is among the states that have domesticated it bypassing the VAPP bill into law on July 14, 2021.

“Ondo state became one of the states in Nigeria that have introduced another dimension to the criminal jurisprudence and enlarge the scope of criminal justice. New offences are created to afford more justice for the citizens.

“The Ondo State VAPP law is a law designed to eliminate violence in private, domestic and public life, prohibit all forms of violence against persons and to provide maximum protection and effective remedies for victims and punishment of the offender,” he said.

According to him, the innovations in the law from Section 1 to 52, give clearer legislation on rape, coercion, indecency, assault, stalking, forced isolation, spousal battery, female circumcision, harmful widowhood practices, to mention few.

Agabi disclosed that any person who commits political violence, as defined in section 24, is liable on conviction to a maximum of five years imprisonment or to a fine not exceeding N2m or both.

The JDPC resource person, Bar. Olusegun Akeredolu said the enforcement of the law can happen either administratively or judicially.

He added that the administrative enforcement seeks shelter, rehabilitation, immediate needs, skill acquisition and financial assistance for the victims of violence.

Akeredolu recounted that the judicial enforcement borders on court jurisdiction, court powers in respect of protection orders, powers of police and other security agencies and rights of victims.

He, alongside Agabi, lauded the state government for the innovations, especially the establishment of the Ondo State Agency Against Gender-Based Violence (OSAA-GBV).

They said the law is not only innovative but also structurally designed to administer justice as violators are punished, while the victims are adequately compensated and given necessary support and protection.

They urged the citizenry to have a change of attitude, particularly to violence, be ready to undertake paradigm reorientation to rule of law and all the matters therein.

“Government and law enforcement agencies must develop necessary minimum will-power to enforce both the spirit and the letters of the law for the betterment, sanity and sanctuary of the law,” they declared.