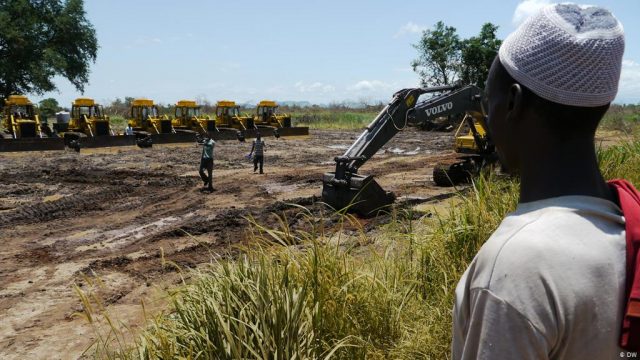 Lagos State Ministry of Justice has sensitised residents of Epe and Ibeju communities on the nefarious activities of land grabbers and the State Property Protection Law. The event, which was chaired by the state Attorney General, Mr. Moyosore Onigbanjo (SAN) was held at Jata Hall, Ibeju.

He said that the rising cases of land grabbing are issues of great concern to the state government.

House of Representatives member from Epe, Raheem Ibrahim, the Chairman of the Nigerian Bar Association (NBA) Epe branch, Mr Ademola Koko, the Commissioner of Police and other stakeholders, such as traditional rulers, youth representatives and others attended the event.

Onigbbanjo said the programme was part of the effort to address the issue of land grabbing in the state, noting that the state government enacted a law to prohibit forceful entry and illegal occupation of landed properties, as well as violent and fraudulent conducts in relation to landed properties in the state.

According to him, resolving land grabbing issues are of great importance to the Sanwo-Olu-led administration.

He noted that the menace of land grabbers has impacted negatively on the growth of the real estate industry and investment.

“It is a fact that property transactions in Lagos State have been greatly hindered by the activities of the ‘Omo-Onile and Ajagungbales’.

While delivering a paper on the theme: “Land grabbers, the Law and your Rights”, he emphasised that the law on land grabbing that was enacted in 2016 still stands, regardless of one’s status in society.

He explained some of the provisions of the Lagos State Property Protection Law, 2016, in particular, Section 2(1) of the Law, which prohibits the use of force or self-help by anyone to take over any landed property or engaging in any act inconsistent with the proprietary rights of the owner of any landed property in Lagos.

Also, the Oba Alara of Ilara Kingdom, Oba Olufolarin Ogunsanwo, noted that land grabbing for decades have constituted a threat to property acquisition in Lagos, adding that its reports have been alarming.

While acknowledging government’s efforts at curbing land grabbing in Lagos, Oba Ogunsanwo, said the community also has an important role to play in the ‘Greater Lagos initiative’.

Ogunsanwo, however, implored the state government and the Police to ensure immediate prosecution of identified land grabbers and their sponsors, to serve as a deterrent to others.

Also, Koko warned the communities to desist from selling the same parcel of land to many buyers.

He also charged them not to encroach on government lands, even as he called for the establishment of a special court on land grabbing.