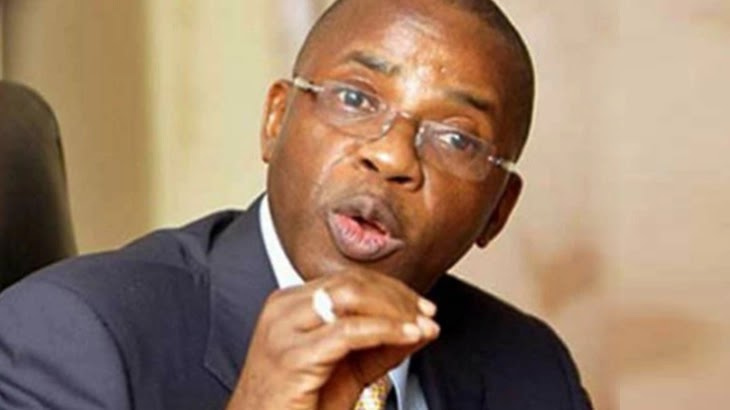 Justice Taiwo Taiwo of a Federal High Court in Abuja on Monday ordered the Attorney-General of the Federation and Minister of Justice, Abubakar Malami (SAN), to take over the prosecution of a former governor of Imo State, Ikedi Ohakim.

Recall that the police had initially filed criminal charges against Ohakim over allegation of threat to the life of an Abuja based woman, Chinyere Amuchienwa.

While waiting for Ohakim to be arraigned in court, the police later filed a Notice of Discountenance of the matter in March, same day the AGF informed the court that it had taken over prosecution of the matter.

According to the charge FHC/ABJ/CS/287/2020, Ohakim and one Chinedu Okpareke were alleged to have threatened to release a nude photograph of Amuchienwa, if she failed to drop charges of attempted kidnap against them.

Ohakim and Okpareke were taken to court by the police over allegations of threat to life and harassment of Amuchienwa.

Delivering his ruling, Justice Taiwo held that there was no doubt that the AGF had unfettered power to prosecute and withdraw a suit against any citizen.

The court said where issues had been joined in a criminal matter, notice of discountenance was brought by way of motion on notice.

Consequently, Justice Taiwo stated that the vourt could not give effect to the notice of discountenance filed by the police.

Ohakim has not joined APC, says aide He insisted that the move by police to discontinue the matter lacked merit and therefore dismissed same.

The Court then fixed October 21, for the arraignment of the former governor as well as commencement of trial.

In the five counts dated November 25, 2020, the police alleged that Ohakim and Okpareke, knowingly transmitted communication through a computer system to harass Amuchienwa, an offence punishable under Section 24(1)(a) of the Cybercrime Act 2015.

The charges reads partly, “That you Chinendu Okpareke ‘m’ 49, and Ikedi Ohakim ‘m’ and others now at large on August 13, 2020,within the jurisdiction of this court did conspire among yourselves by knowingly and intentionally sending messages by means of computer system or network in a grossly offensive, pornographic, nude of an indecent obscene and menacing character of one Chinyere Amuchienwa ‘f’ and thereby committed an offence punishable under Section 27 (1)(a) of the Cybercrime Act 2015.”