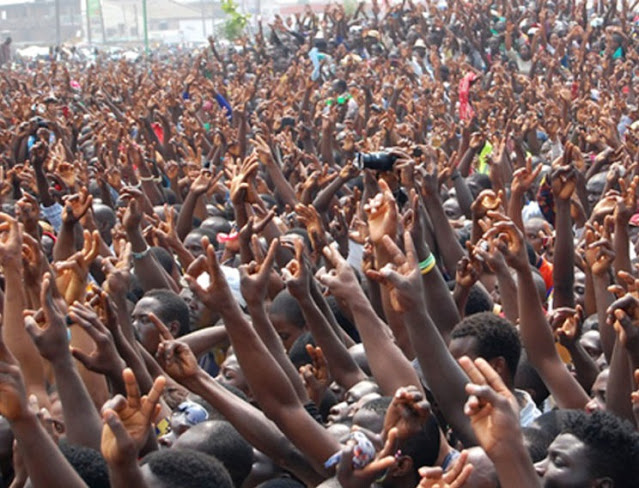 This is the question on most Nigerians’ lips as the country continues to slide into anarchy and failure. Anarchy transcends confusion into the realm of the unusual and the unexpected. As abnormal things continue to happen in the country, the country can be said to be in a state of anarchy. A good component of anarchy besetting the nation is the astronomical increase in the prices of food items and the general inflationary trend in Nigeria. How do we explain the kidnapping of schoolchildren and the closure of virtually all schools in some parts of the country? What explanation do we have for the upsurge in banditry and total waste of human lives we experience every hour? What about the spate of attacks on security formations, killings of armed security men and terrorists’ taking over of some parts of the country? I can continue to replicate this but, suffice to state that, if the evils around the country are not urgently halted, the country will soon descend into a jungle. We are virtually at the point where each individual does what he likes.

Law and order are at the eclipse, considering the myriads of afflictions the country is passing through. I am no exception to this group of Nigerians that is wondering about the leadership that will rescue the country from the precipice as I continue to marvel about the end game of all these occurrences in the country. Virtually all the possible afflictions on earth are affecting the country. A brief narrative of the impact of climate change will drive this point home. Nigeria is probably the only country plagued with all the notable effects of climate change. In the northern part of Nigeria, we have desertification, which has led to the displacement of herdsmen, as there is no green anymore for cattle. This majorly explains the source of the herdsmen/farmers’ clashes that are being experienced in the country today. Herdsmen with their herds have had to move towards the southern part of the country for green pastures. In the southern area of the country, while the eastern part of southern Nigeria is being ravaged by coastal erosion, the South-West and South-South are victims of floods. In most parts of the globe, a country is afflicted by one or, at worst, two of the impacts but not so for my dear country.

Now, moving to the real world of Nigeria, one is ever unable to track the challenges afflicting the country. As you grapple with one without conclusion, another is rearing its ugly head. The scenario is best captured in the Yoruba proverb of “Egbinrin ote, bi a se n pa ikan, ni ikan n ru,” which literally translates to mean “multitudes of stratagems in multitudes, scattering one births another.” As I put it elsewhere, the problems confronting the country will appear to be amoeboid in nature. It is simply intractable and shapeless. Consequently, it might not be too much of a drama to describe the predicament of Nigeria as a case of “Amubo,” which literally translates to ill-fated failures. Prior to the inception of this administration, insecurity was largely in the North-East, with the Boko Haram insurgency.

The campaign promise of the present administration then was to wipe out Boko Haram that was controlling some local government areas of the country. Today, apart from the ‘technical defeat’ of the sect that has been the sing-song of government, the fact remains that not only is the group still in existence, offshoots of the group in the forms of bandits and kidnappers are all over the place. Regrettably, the situation has spread to virtually all the nooks and crannies of the country. What even distinguishes kidnapping in the other parts of the nation from that in North is that it usually involves multitudes of people. While other parts of the country engage in retail kidnapping, the ones in the north are on wholesale basis. Most times, I wonder how this occurs, knowing how difficult it is to load a hundred heads of cattle into a truck, a situation not dissimilar to the one painted above as the victims in both instances are ever unwilling. Today, crimes are fully democratized in the country, though with distinct predominance in different areas.

Like I observed elsewhere, but for the vice of obtaining by false pretense, popularly known as 419, and until of recent, as ‘Yahoo-yahoo,’ in the South-West, kidnapping and banditry in the region could have been competing with the situation in the northern part of Nigeria. The situation in the eastern part of Nigeria is as deadly as that of the North, as innocent Nigerians continue to suffer untimely deaths in the hands of the agitators/secessionists and security agents.

The country’s diversity is much more pronounced than ever before. Prior to the ascendancy of this administration and I guess, as far back as the reign of Yar’Adua/Jonathan, the country witnessed the turmoil of the Niger Delta militants, until the period that the Amnesty programme was institutionalized. So, as indicated above, it is always one thing or the other at all times.

Coming to the economic side, it has never been this bad for an average Nigerian that now has to struggle by divine luck to meet one square meal. Unemployment is at its peak with over 40 per cent comfortably and still spiking as a result of the closure of factories and companies. Inflation is towering daily, much more ahead of the best returns on investment. Is it justice dispensation that we want to deal with? Snails even crawl faster than the country’s justice system, in fact, it is much easier to enter the justice arena than to exit it in Nigeria.

The health care system is in a state of coma, as depicted by our leaders’ frequent visits abroad for medical care. The educational system is but anything to write home about; infrastructure development, which includes energy supply, is far distant from the demand. Corruption remains a monster within the system, as recently acknowledged by the President in Imo State.

Which one else do we talk about that is not amazingly in the doldrums? None! With all these challenges, since 1999, leadership in the country has changed several times without so much significant difference in output. In view of this seeming retrogressive state of the nation, we need to enquire into the possibility of a leadership that can salvage the nation. In all the presentations and lectures, even sermons that I have listened to in recent times, the conclusion about this is that the country needs a leader that is focused, courageous, sincere, contemporary, visionary and missionary.

This appears to be the consensus of all on the point. The challenge, however, is: how does such a leader or a leadership of that caliber emerge? This is where the story, in most instances, ends. From that point, all you tend to hear is theory upon theory of leadership that is unhelpful.

I have equally interrogated the question over a couple of years without success. The best I have come to is that the country has both systemic and human problems. The latter, however, devolves into both leadership and followership. Inept leaders emerge through ignorant followership and the catastrophic leadership recruitment process. To date, the only constitutional process of electing leaders in Nigeria is through the electoral system.

Banire is a Senior Advocate of Nigeria SAN.