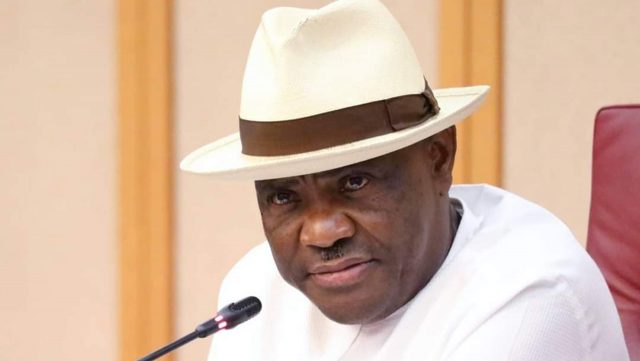 The Rivers State Government said it will completely demolish the building which collapsed and claimed one life in the Woji, Obio/Akpor Local Government Area of the state.

The State Commissioner for Physical Planning and Urban Development, Austin Ben-Chioma, disclosed this to newsmen during a visit to the scene of the incident, on the outskirts of Port Harcourt.

A section of the residential apartment had collapsed while two persons were carrying out reinforcement on Tuesday.

Ben-Chioma said the ministry will conduct an integrity test on the building before demolishing it and called on the occupants to relocate to allow for full scale investigation.

“We got information that there was a partial building collapse. So we had to mobilise our men to come and check if it was true.

“Now we are here and we have seen for ourselves. It is actually true that there is a partial building collapse. It has been confirmed to us that somebody actually died in the incident.

“From what we have seen, it is clear to me that the structure needs to be completely demolished. With what has happened there with the soil, the stability of the house cannot be guaranteed.

“An integrity test would be carried out. We will do our integrity test, but looking at it, in the face of it, I think we have to demolish the whole structure,” Ben-Chioma stated.

The commissioner warned citizens and residents of the state against erecting buildings without approval from the ministry, saying there were punishments for violating extant government rules. “You are supposed to be regulated before you build because the land you want to build on, we will need to see it to know if the structure you want to build there is proper.

“So, if you want to build anything in Rivers State, Port Harcourt and Obio/Akpor in particular and some other areas surrounding it, you must come to the Ministry of Physical Planning and Urban Development to get your approval before you start anything.

“So that will avoid this kind of situation,” the commissioner maintained.