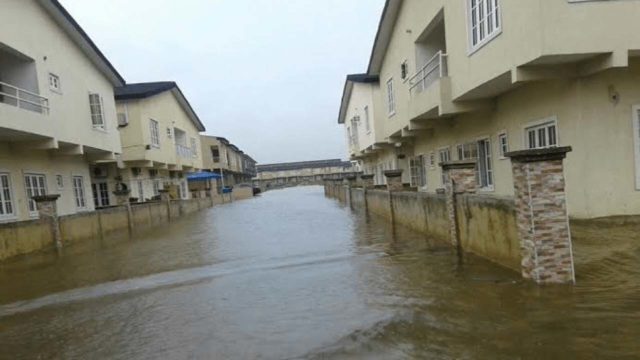 With urbanisation posing more challenges for cities, planners under the aegis of Nigerian Institute of Town Planners (NITP), Lagos chapter have reiterated the need for physical development plans and its implementation to control traffic congestion, pollution/waste, insecurity and flooding.

Chairman of the chapter, Ayo Adejumo, who spoke to journalists on the sidelines of its 2021 AGM lecture with the theme, ‘Envisioning the Future of Lagos: The Role of Urban Planning and Management, said when physical development plans are right, all the environmental challenges in cities will be reduced.

The forum attracted the immediate past general manager of Lagos State Physical Planning Permit Authority (LASPPPA), Mr. Funmi Osifuye, past chairmen of the chapter, Kunle Salami and Bisi Adediri, who represented the women’s wing of the institute, Abosede Olafisoye.

According to him, the society needs to consult professional planners, who have capabilities and skills to determine the future of cities like Lagos and others, in terms of physical and socio-economic development. However, he noted that the practitioners would not play the role alone but in collaboration with other professionals and institutions to make the environment a better place to live and recreate.

For him, the public should not leave urban planning and development to government alone rather, they should join hands to make cities and towns liveable by doing whistle blowing for government on any suspicious illegal development or contraventions to reduce incidence of building collapse, flooding and other environmental degradations.

He disclosed that activities to mark the event include, city walk and sports day/ free medical services for members and families, free planning aid services for the public, jumat / thanksgiving service, gala dinner and others.

Speaking on achievements of the chapter in the last one-year, Adejumo said it is processing the development permit for a five-floor secretariat complex and propose a N500 million development fund for the project, inaugurated its women wing chapter, pushed for employment of 75 town planning graduates by Lagos State government, and implementation of the Land Use Planning Analysis Report (LUPAR) in Lagos.

Others, he said, include hosting of NITP-TOPREC mandatory continuing professional development programme, and reawakening of its recreational park project along Governors’ Avenue in Ikeja.

Adejumo commended the Lagos State government and its agencies for efforts to make the state a resilient city and best destination in Africa through initiatives, strategies and operations of the planning agencies.

On illegal tank farms, he urged the Department of Petroleum Resources to desist from illegal action of usurping the power of the state government through the operations of the Ministry of Physical Planning and urban Development.

“They should advise owners of tank farms to do the needful by obtaining statutory development permits from appropriate town planning authority and build or develop according to approval granted,” he said.

On his part, Bakinson said to make physical development more visible in the state, there was the need for synergy among critical stakeholders that include, professionals, the media and the general public.