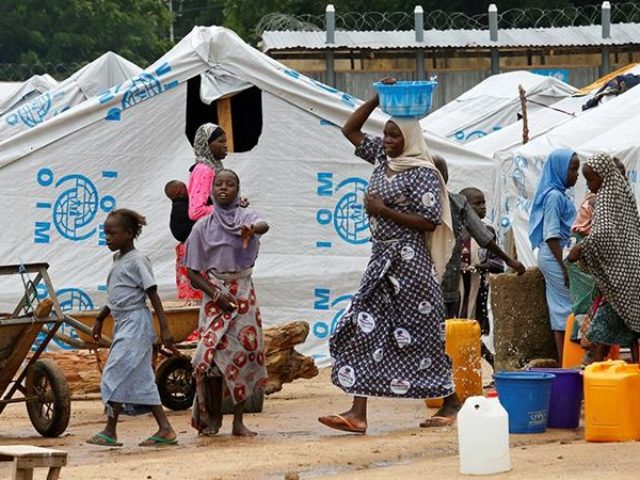 At least, 330,000 Nigerian refugees are languishing in neighbouring countries due to insurgency and armed banditry in the North East and North West, the Minister of Humanitarian Affairs, Disaster Management and Social Development, Sadiya Farouq, has disclosed.

She stated this, yesterday, in a Chatham House webinar on Nigeria’s humanitarian challenges and worsening food crisis.

The minister indicated that communal, farmers/herdsmen clashes in the Middle Belt and in the Southern region, flood, drought, as well as fires and industrial accidents, among other things, led to the high number.

Okafor said: “The alarm raised by the Governor of Kaduna State on the need to work hard to avert the Afghanistan scenario is indeed timely.”

HOWEVER, a group of northern youth has advocated immediate change in the political leadership to address the protracted security and economic challenges in the country.

Addressing a youth platform at Murtala Muhammed Library, Kano, on Sunday, leader of the group, Awwalu Sani, explained that Nigeria had all the human and material resources to grow, if the right leaders were allowed to contribute their quota.

FROM Benue State, Governor Samuel Ortom has called on Nigerians to help cushion the effect of the humanitarian crisis affecting over 1.5 million Internally-Displaced Persons (IDPs) that have been staying in camps for over five years.

Ortom made the appeal yesterday at a thanksgiving masses held at St. Dominic Catholic Church, Sachi, and St. Joseph Quasi-Parish, Nyon, to mark the birthday of Benue State House of Assembly Speaker, Titus Uba, and former Minister of Steel in the Second Republic, Wanteregh Paul Unongo.

UNLESS government tackles socio-economic problems of poverty and unemployment, it may not be able to resolve the raging security challenges in the country, a security expert, Col. Nelson Hambolu (rtd.), has said.

He maintained that finding solutions to the country’s security had become an uphill task because most of the socio-economic problems were not being addressed.