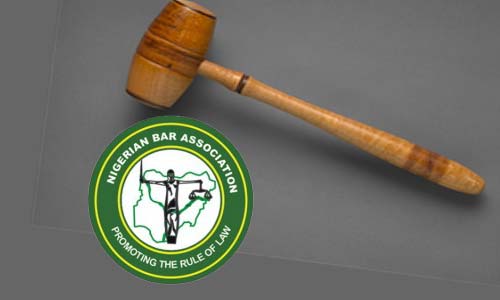 A Gombe-based lawyer identified as MK Gurumyen, who sustained bruises after a fight with a colleague, John Yuwa, in a Magistrate’s Court, Tumfure, on Sunday said he was recuperating.

Speaking with our correspondent via the telephone, Gurumyen said he was not in town.

According to NBA, the two lawyers were arguing a motion for stand-down before the court when the fight occurred.

NBA stated partly, “They were before the court for a pending criminal case filed by our learned colleague, Yakubu Chidama, and others as complainants against the Management of JED Plc, Gombe.

“When the case came up, the defence counsel, Yuwa, applied that the matter be stood down for at least 30 minutes to enable his sick client arrive at the court premises and proceed with the matter.

“In opposing the application, MK Gurumyen made a prayer that if the Defence counsel was sincere with his application, then may God heal his client, but if otherwise, may God increase the severe pain on the sick accused person.

“Then, an argument ensued between the two learned colleagues in the presence of the court, which according to wounded counsel Yuwa, he got a blow from Gurumyen, leading to a serious wound inside and outer parts of his body.”

The statement also condemned the actions of the learned colleagues, adding, “We strongly condemn the unfortunate and unprecedented incident that occurred between the two counsels leading to the wound of our guest learned colleague, John Yuwa, of Jos branch.”