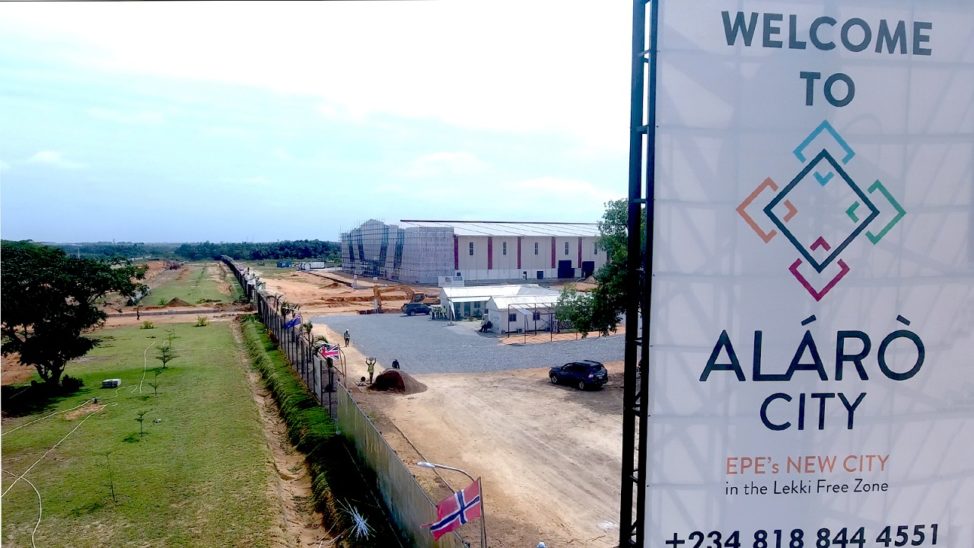 The scheme, done in partnership with Alaro city, a new city being built in the Lekki Free Zone, is a comprehensive nutrition programme to tackle cognitive and learning disabilities in newborns, aimed at raising the level of care for expectant mothers in underserved communities throughout their pregnancy periods. The health initiative, a key component of the Womb To School Programme, a basket of social investments initiated by the Sanwo-Olu administration to facilitate human capital development and to raise socially responsible citizens from the womb through infancy, childhood, and into adulthood, is also to support the development of infants’ brains from foetus to neonatal stage, especially in the first 2,000 days said to be significant in a child’s formative stage.

Planned as a 2,000-hectare mixed-income, city-scale development with industrial and logistics locations, complemented by offices, homes, schools, healthcare facilities, hotels, entertainment and 150 hectares (370 acres) of parks and open spaces, Alaro City is a model for Public-Private-Partnerships, which are a key focus for the Lagos State Government, and a joint venture between Rendeavour, Africa’s largest new city builder and Lagos State. Governor Sanwo-Olu said the MICH Initiative being launched was not just an integral part of the state government’s plan to improve maternal and child condition, but also speaks of its “desire to protect the wellbeing and rights of our women and children in Lagos. Head of Operations at Alaro City, Ms.Odema Ogbeh, said the food packs will be provided to the beneficiaries on a weekly basis at primary health centres, which also ensures they attend their postnatal check-ups. According to her, the MICH programme aligns with two of Alaro City’s Corporate Social Responsibility (CSR) pillars: community and health.