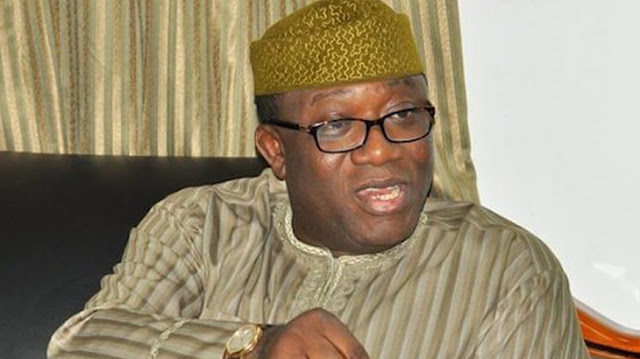 The NGF boss, while noting that he was uncomfortable about the row as it is taking away attention from the issues in focus, said: “Both sides of the divide are correct. At the national level, we had taken a position at NGF and all governors agreed that open grazing is outdated and there was need to move to the alternative of a modern livestock management and moving from where we were to where we want to be is what brought about the legislation for anti-open grazing.

“At NGF, we have called for support for those states going to engage in livestock management and all states that subscribe to ranching should receive federal support like we have for rice farmers through the ANCHOR Borrower’s scheme from the Central Bank of Nigeria. However, in addressing the root cause of the conflict and incessant criminality is the position of the Southern governors on anti-open grazing laws.

“This is not a matter that should lead to the kind of altercations between the two governors. On the substance of the argument, they both have valid points and it is all in search for solution for our people. So, I don’t see a problem with its implementation in the South,” he said.

When asked of the cooperation of the police to implementing the law, he said: “Ekiti has had an anti-open grazing legislation since the period of my predecessor, Ayo Fayose in 2016. The law is still in force. Implementation takes various forms because we still have regular engagements with farmers and herders with the security institutions in the state, which encourages dialogue. We also ensured that there are options in dealing with the menace like option of fine when any herder destroys a farm produce, the herder will pay for the damage done and that is a consistent mechanism in operation.

“However, when it extends to kidnappers masquerading as herders, we are very firm in implementation of the laws of the state and the various security institutions, including Amotekun, so far have cooperated with the state on that.”

The governor described the country’s tax system as problematic, confusing and contradictory, just as the forum is waiting on the Supreme Court to take a position on the raging debate over collection of Value Added Tax (VAT).

Fayemi, who spoke during a live interview on Arise TV monitored by The Guardian, urged the apex court to accelerate decision on the tax dispute to provide clarity and direction over the matter.

He disclosed that the NGF is monitoring the debate both legally and policy wise and experts are being engaged to help review the implications for states.

“For now, our take on this is that the Supreme Court should accelerate its decision so that we have clarity. What is needed is clarity over who should be in charge of collection of VAT, whether the Federal Inland Revenue Service (FIRS) or states.

“States that have gone to court believe clearly that it’s their responsibility, and of course, the Federal Government believes otherwise. We would rather wait for the Supreme Court to take a position on this. The important thing is that our tax system is problematic, confusing and contradictory and we need to do a lot more to begin to clarify things, so that we can have more efficient ways of collecting taxes.”

Recently, the Southern Governors’ Forum backed the collection of VAT by state governments instead of the FIRS on behalf of the federation.

Two states – Rivers and Lagos – had gone ahead to enact laws for VAT collection, but the Court of Appeal had directed that states should maintain status quo pending the determination of an appeal filed by the FIRS. Rivers State had also asked the Supreme Court to set aside an order of the Appeal Court, just as the Federal Government is considering approaching the apex court for final determination over the dispute.

Fayemi, during the interview, said governors are awaiting the outcome of the case instituted by Rivers and Lagos for a way forward.

He said the President was speaking within the context of the impact of COVID-19 on the economy of poor and developing nations. “We know that even the economies of matured democracies or advanced nations have been hugely affected.”

He added that Nigeria was borrowing in his view for reasons that are specific and the bulk of the borrowing is what is described as concessional lending.

“The bulk of what we are borrowing, when you look at the list of the items that have gone through the National Assembly in the past few weeks, you will see that these are specific issues around social investment in the context of COVID-19 and around sub-national support and these are mostly borrowing that is attractive.

“On the other hand, you have the Chinese infrastructure lending. Again, you know what that is for, when you say without much to show for it, I don’t know what you mean by that, because it’s clear what these borrowings are associated with.”

He added that there was no big deal in borrowing, as countries borrow, but the reasons must be highlighted.

“We can question whether we should be using 97 per cent of our revenue on servicing debt. That’s a debate we can have. The issue is what are you borrowing for. Are you borrowing for consumption or infrastructure development that will aid economic growth?

“I think the Buhari administration needs to be commended on that. The issue is we have revenue challenges. Borrowing is a win-win situation for our country and economy.

“We don’t have enough money to do those things that will enable us to build our economy that are in response to the yearnings of Nigerians so that we can have a win-win situation in our country; one that can help us become a much more productive economy rather than a consumption-driven economy.

“I don’t think there’s anything wrong with the President as a major voice in international affairs, particularly in Africa and the black world, calling for a review of debt management arrangements in the world. I think it’s a positive call in my view.”

Speaking on the notion that states are dependent on the Federal Government, the governor said it’s a misunderstanding of the Federal system when analysts argue this way.

“Federalism is a coordinate federation unit, not a subordinate federating unit. Sub-nationals are not subordinate to what we call the Federal Government. When you talk about federation account, it’s not a largesse or a gift from the Federal Government, rather, it is what we both own and which we distribute in accordance with a formulae that has been agreed and which is monitored by the Revenue Mobilisation and Fiscal Allocation Commission. I think we need to get rid of that misunderstanding of our federal principles.

“However, even with the situation we have found ourselves, we need to be more parsimonious, we need to manage the finance of our states a lot more responsibly and we need to do a lot more to generate revenue within the confines of our states by ensuring that we create the enabling environment for ease of doing business and generate more funds for the use of the people in our various states.”