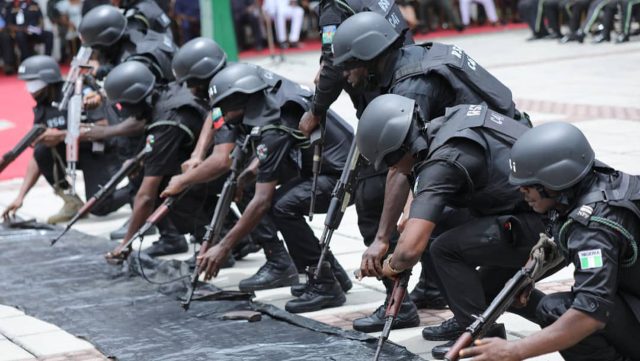 Human Rights Writers Association of Nigeria (HURIWA) has asked states that enacted legislations against open grazing to cut off funding or support for the police and set up armed vigilantes to enforce the provisions.

In a statement by its National Coordinator, Comrade Emmanuel Onwubiko, in Abuja, yesterday, HURIWA said: “As more Southern states move to checkmate rising attacks on farmers by armed Fulani herdsmen with the enactment of the anti-open grazing law, there is reportedly a conspiratorial silence from the police hierarchy to prosecute violators of the law.

“A call has gone to the Inspector General of Police, Alhaji Usman Alkali Baba, to order the state commands to enforce the laws, which the Houses of Assembly passed or he should quit, so that he can head the Fulani police force.”

HURIWA condemned the Attorney General of the Federation and Minister of Justice, Abubakar Malami, for allegedly constituting himself into a cog in the wheel.

It added: “Findings made recently by a respected newspaper in Nigeria show that policemen are careful over these new laws, which implies that police operatives, paid with tax payers’ money belonging to the good citizens of Nigeria, have been brainwashed.

“This is a very dangerous threat to Nigeria’s national security and it is even worse because the persons being used to undermine the security of some states in the Federal Republic of Nigeria are policemen who, according to the clear provisions of the constitution are bound to implement laws passed in all states of the federation.”