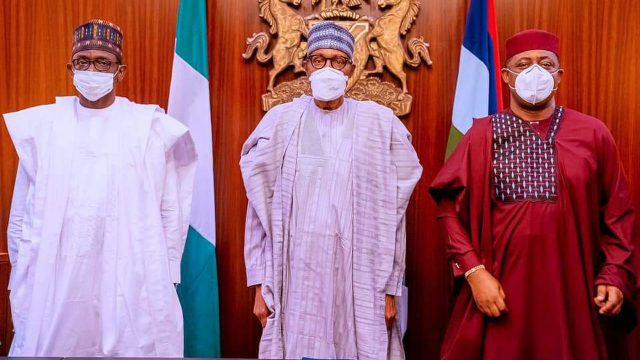 The report filtered through the airwaves few days ago, leaving a media storm in its wake as the development elicited diverse reactions across the emotional spectrum from various quarters. Chief Femi Fani-Kayode had done the unthinkable and deservedly so; the news generated quite a number of controversies as manifestly evident in the series of vituperations, remonstrations, denunciations, disapproval and in some instances, admiration heavily dissipated on the subject matter.

Indeed, the defection of Femi Fani Kayode from the opposition to the ruling All Progressives’ Congress and his subsequent visit to the State House in Abuja alongside the Governors of Yobe and Zamfara to the President can be described as a major climax of the dramatis personae’s tortuous journey towards mainstream acceptance and political renaissance.

In my considered opinion, the defection is a welcome development that one must cautiously observe and subject to the crucible of critical analysis while being guided by the defector’s political adventure and antecedent. This is however not the immediate obligation of this discourse.

Given the not-too-distant attacks on the person and office of the President by Femi Fani Kayode and how those attacks unwittingly influenced passions in some quarters for armed and unarmed agitations against the President, and consequently, the Nigerian State, it is needful therefore to factually contextualize some topical issues herein so that the commendable magnanimity of President Buhari to Femi Fani Kayode can be put into perspective and same be pleaded as a precursor for a presidential pardon or ‘amnesty’ for secessionists’ leaders such as Nnamdi Kanu, Sunday Igboho and where practicable, repentant Boko Haram terrorists and bandits.

I should quickly put a caveat in order not to subject my audience to the pitfalls of misconstruction and misinterpretation; amnesty in this context is not to be viewed from the strict standpoint of legal knowledge rather the ordinary meaning is desirable. For our immediate purpose therefore, amnesty means forgiveness, cessation of remembrance of wrong, leniency and mercy.

One may not be wrong to state that the symbolic ‘amnesty’ granted to Femi Fani Kayode by the President and his party, the All Progressives’ Congress almost came on a platter of gold. The symbolism, which can be referred to as a master strokes by President Buhari, signposts the fact that the vilest of ‘sinner’ in his lucid moment of thorough reflections can be granted safe passage towards the ‘mercy seat’. Hallelujah?

Given the benefit of both once upon a time professional and personal relationships with Femi Fani Kayode, I admit that he is quite misunderstood and therefore a controversial personality. I easily recall how my law firm approached the Federal High Court to stop the Nigeria Police Force from unlawfully arresting and prosecuting him without reasonable cause. As a distinguished member of the legal profession that owes a duty to uphold and observe rule of the law, promote and foster the cause of justice, we ensured at the time that a fellow comrade and brother was defended and shielded to the hilt against possible harassment and detention by the Nigeria Police Force.

Furthermore, it is important to emphasize that Femi Fani-Kayode’s comrades namely, Nnamdi Kanu and Sunday Igboho are currently languishing in different prisons in Nigeria and Benin Republic respectively due to their separatists’ agitations whilst one of their opinion moulders and influencers whose will always be remembered for overtly fanning the embers of some of these agitations with his divisive words and symbolic associations with these characters now bask in the euphoria of his newly acquired membership status.

It is on the strength of the above that I strongly recommend that having been given the benefit of ‘eating his cake and having it’, the same level of understanding, leniency and mercy should be extended to his currently incarcerated allies, that is, Nnamdi Kanu and Sunday Igboho.

The agitations of these men have not gone without the enablement, endorsement, open admiration and support of Femi Fani Kayode and one is easily tempted to query the rationale behind the ‘presidential amnesty’ he currently enjoys without a consideration of same for his friends.

While the legal and ethical merits of Nnamdi Kanu and Sunday Igboho’s agitations may be questioned, it however does not weaken the point that their agitations were borne out of genuine concerns about the growing insecurity in their regions and the need to protect their people from murderous foreign elements masquerading as herders.

These sentiments and other similar ones were deployed by these agitators to call for the secession of the Igbos and Yorubas from the currently terror-ravaged Nigerian State. The Leader of the Indigenous People of Biafra (IPOB), Nnamdi Kanu who is currently in detention continues to maintain a hard stance against the unity of the Nigerian State and his foot soldiers have remained resolute in their demands by deploying all manners of protests which even extend to the institution and enforcement of sit-at-home orders in Igbo land. On his own part, Sunday Igboho started agitating for the actualization of a Yoruba Nation earlier this year when he gave an ultimatum to Fulani herdsmen in Ibarapa North Local Government Area of Oyo State to vacate the territory due to their alleged complicity in the increase in incidents of kidnappings and killing in the zone. As we are all aware, things escalated very quickly and he has since been arrested in Benin Republic, facing possible extradition to Nigeria.

I strongly maintain that Femi Fani Kayode cannot totally divest himself of his divisive unnationalistic past; he has suggested on different occasions with his tweets that the APC government is filled with terrorists and I recall that some years back he published an article which he titled ‘APC cult of death’, suggesting that the ruling party is all out to kill Nigerians. One really wonders what has changed and logically surmises that if he could receive clemency from the President despite all these attacks against the President and his party, that same benevolent act of leniency should be extended to his friends who seem to have been motivated by their tribal sentiments and loyalty to their ethnic kin rather than national interests.

As I stated in the introductory section, the political history and antecedents of Femi Fani-Kayode is not on trial in this piece. The cardinal interest here is a patriotic call to the effect that the highly symbolic forgiveness granted Femi Fani-Kayode can and should be extended to Nnamdi Kanu and Sunday Igboho.

To be continued tomorrow.