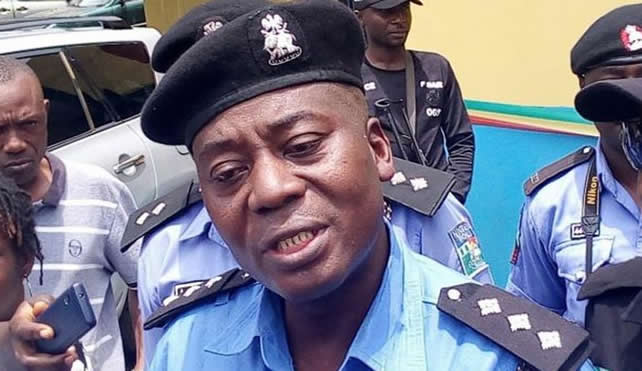 THE Ogun State Police Command on Sunday said it would arrest bankers in Ijebu axis of the state if there was any bank robbery in any part of the area.

The police fumed over the continued shutdown of banks in Ijebu area over an allegation by the bankers that they had received a notice of attack from robbers.

The Police Public Relations Officer in the state, Abimbola Oyeyemi, stated this on Sunday in a statement bordering on the refusal of the bankers to open their shops for business.

It was learnt that the bankers had closed their shops to their customers since last week Monday after allegedly receiving letters of “notice of attack” from suspected robbers.

But the police had dismissed the planned attack, describing the allegation as a false alarm.

Despite the assurance of the police, the bankers insisted that they would not open until the Armoured Personnel Carrier that was stationed in front of their banks was repaired.

The police command, however, said it “noticed with dismay, the unwarranted closure of banks and financial institutions in Ijebu-Ode and its environs over an alleged robbery threat.”

Oyeyemi in the statement said, “The command is appalled at this unprofessional behaviour of bankers in that axis despite continuous assurance of their safety by the police and other security agencies.

“Their recent action can only be described as treacherous and mischievous because they are not the only bankers we have in the state and the country in general, yet they are the ones complaining of robbery threat every now and then.

“They claimed armed robbers wrote to inform them that they were coming to attack them, but they would not make the purported letter available to the police for investigation and possible apprehension of those behind it.

“It is bad that from time to time they cry wolves, carelessly and recklessly; and in none of these numerous occasions has any robbery taken place.”

“The command, therefore, wishes to warn that the bankers will surely be the first set of suspects if anything unusual in the form of bank robbery (God forbid) happens in the area, at least for them to disclose their ceaseless sources of information.”