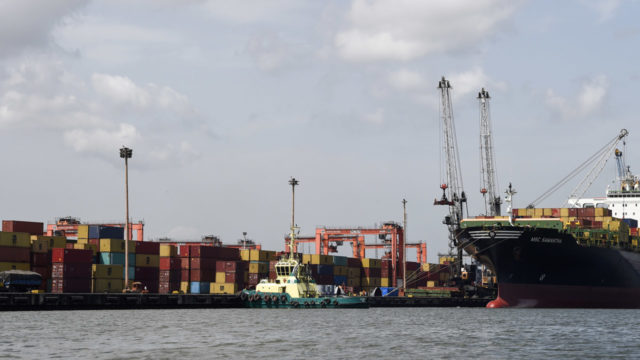 • NIMASA to halt registration of single hull ships in Dec 2021 President Muhammadu Buhari has withdrawn his earlier approval that over $209 million and N32 billion be released to Nigerian investors in the maritime industry under the Cabotage Vessel Finance Fund (CVFF) scheme.

Minister of Transport, Rotimi Amaechi, who disclosed this at the weekend during flag-off of a wreck removal exercise in Lagos, decried the lack of cohesion and organisation among operators.

The Ministry of Transportation had given assurances, about five times, on release of the CVFF but had failed to live up to its words. Amaechi, who blamed maritime operators for the President’s decision, urged them to live up to industry expectations and show more commitment to developing the sector.

The minister explained that upon assumption of office, he led a government delegation to Singapore where foreign investors agreed to provide 40 per cent counterpart funding for ship acquisition.

He said Nigerian investors have been unable to make any financial commitment on 60 per cent funding, five years down the line, despite clamouring for indigenous ownership of the shipping industry.

Amaechi further accused some Nigerians, who parade themselves as ship owners, of not actually owning ships, but rather seeking to benefit from the funds.

He said: “It is only in the Nigerian maritime sector that you have ship owners that don’t have ships. When I came into government, my focus was on the maritime industry. The enthusiasm and passion were there. We got an investor and I instructed my people to go and arrange their 60 per cent. Till today, they are still arranging.”

Amaechi, who expressed desire to seek amendment of the Cabotage law, to conform with realities of the industry, assured stakeholders of more engagement in the future.

He said operators have always taken positions preventing growth of the industry, while citing the controversial and now abolished Secure Anchorage Area (SAA), which he alleged was against Nigeria’s economic interest but enjoyed industry stakeholders’ support.

Meanwhile, Director General of the Nigerian Maritime Administration and Safety Agency (NIMASA) has restated plans to stop the registration of single hull ships by the end of 2021, saying Nigeria would not allow its waters to become a burial ground for non-seaworthy ships.

Ships with single hulls have only one layer of watertight structure between their cargo and the ocean, while ships with double hulls have two watertight layers on the bottom and sides of the ship.