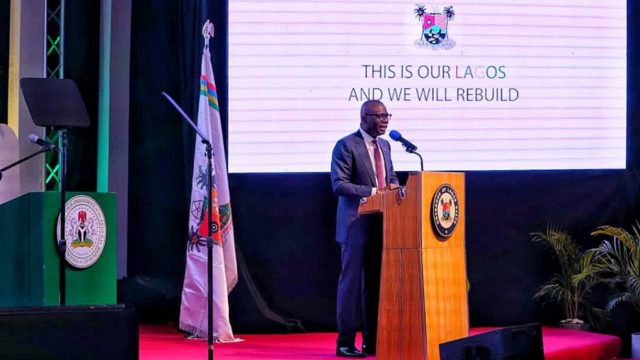 In a statement made available to ASKLEGALPALACE, Communications Manager of the Fund, Oyeleke Akinpelu, said the body will operate as a not-for-profit, Public Private Partnership (PPP), with a dual mission to restore and rebuild identified public assets, and to enhance public confidence. He said the fund is guided by its vision “to be a catalyst that helps rebuild Lagos for tomorrow.”Akinpelu said the Fund has identified six initial projects to spring board its operations in the state, which include the Iga Idunganran Primary Health Care (PHC) Centre and the High and Magistrate courts of Lagos State, Igbosere. Others are Lagos City Hall, Ikotun Fire Station, Alimosho Local Government, Lagos State DNA And Forensic Centre and Oyingbo Bus Terminal. The statement read: “Dr. Yemi Cardoso has reiterated the Fund’s commitment to ensuring speedy delivery of its mandate, as enshrined in its mission statement, “To rebuild: restore or improve damaged public assets resulting from unrests in Lagos. “The first project is the Iga-Idunganran Primary Health Centre and upon completion, it will serve over two million residents and visitors of Lagos Island.” Speaking on the delayed rehabilitation, Chairman of the Nigerian Bar Association (NBA), Epe branch, Mr. Ademola Koko, said he was sure that Governor Babajide Sanwo-Olu would keep to his promises. He said contrary to insinuation that government is relaxing, “they are actually working out modalities to rebuild the destroyed edifices.” He said: “We have held series of meetings with Chief Justice, Kazeem Alogba and thousands of cases, which files were burnt have been recovered. It takes a focused leadership to achieve this. The Chief Justice is also furnishing us with the reports on every step taken, how several other courts, and even the Federal High Court gave out their courts and buildings to assist.” In his reaction, a legal practitioner, Mr. Akeem Aponmade, said: “What happened to the Igbosere High Court building was very unfortunate. But then, sometimes when an undesired incident happens, it presents an opportunity for improvement. The court got destroyed beyond repairs. It would have been nice for us to maintain the old edifice, being one of the monuments inherited from the Colonia Lords. But it has gone for good. Do we need a new one? Yes. Do we need it urgently? Very much so. That is what I think the government ought to do. It ought to have worked very hard and very fast to get a replacement. “It is almost a year now. October will make it one year since the incident and nothing seems to be happening. We have matters that are supposed to be handled by some of these courts, but there are no courtrooms.”