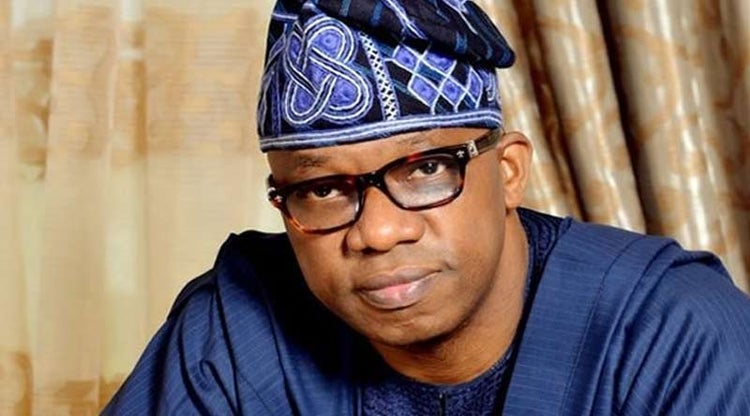 The road rehabilitation, construction and reconstruction efforts of the Ogun State government in the last two years have been massive. But it is in the nature of criticism, particularly by individuals intent on political gain, to dwell on the work yet undone and excite passions among the populace. Between January and June this year alone, the Dapo Abiodun administration has built 54 road roads across the state: 29 in Ogun Central, 10 in Ogun West 10 and 15 in Ogun East. It expended a total of N7.389bn on the projects, including Raypower, Navy-Osi-Ikola roads in the Ado-Odo/Ota Local Government Area; the Fajol-Ajegunle-America Junction-Alogi road and American Junction-Unity Estate road in Abeokuta South and Odeda local government areas; the Ejirin-Mobalufon- Oluwalogbon road, and the Ilaro-Owode road in Yewa South Local Government Area. Shall we speak of the Joju road, Lantoro-Elite-Idi-Aba road, NNPC Mega Station road, Somorin-Kemta-Idi Aba Road, Imasayi-Igan Okoto-Ayetoro road and the Papalanto-Ilaro road? These are not the Ota-Lagos and Ota-Idiroko roads, and critics would never let any crisis go to waste.

The Ota-Lagos road truly cuts a picture of long abandonment; it has been a nightmare to motorists. But there is a difference between federal and state roads. And, what is more, the governor has been working extremely hard behind the scenes to get the Federal Government cracking on it. To be sure, he has been rehabilitating both state and federal roads. He recently ordered the contractor handling the Mowe-Ofada road reconstruction in the Obafemi-Owode area of the state, a project abandoned since 2013, back to site. The 42-kilometre Sagamu-Siun-Abeokuta road, which the Ibikunle Amosun administration awarded at a total cost of N60bn but later abandoned, is being reconstructed with two layers (binding and wearing course) at a cost less than N20bn, with street lighting. The Lafenwa-Olorunda-Aiyetoro road, abandoned in 2012, is back to life. The Sagamu/Abeokuta road is at 80 per cent completion stage. And what about the 10-lane, 19-kilometre Ijebu-Ode/Epe road linking Ogun with Lagos State, one of the best ever roads constructed in the annals of Nigeria, a tribute to his commitment to road revolution?

But our focus is Ota-Lagos and Ota-Idiroko roads, and there’s cheering news on the horizon: palliative works have commenced on the bad portions of the roads. And the deadline is December. Leading the Minister of Works and Housing, Mr Babatunde Fashola on an inspection of the ongoing construction of Toll Plaza at Lotto, along the Lagos-Ibadan Expressway recently, Abiodun had averred that the December deadline was to reduce the hardship being experienced by commuters along the roads. The N13.4bn project is to be handled by the Federal Road Maintenance Agency. He said, “We have given the commitment that we will relocate traders; we will control and manage traffic. We will ensure that we begin to bring succour and needed relief to our people. The state of that road today is pitiable. I went on that road myself and I felt bad for our citizens. However like the minister has explained, we have decided to find a fast-tracked solution.”

Speaking about the Ota-Idiroko road, Abiodun revealed that it would be funded by the tax credit of Globacom boss, Otunba Mike Adenuga, something that had never happened before the current administration came on board. Abiodun, who described Ota as the industrial hub of the state, acknowledged the emotion concerning the deplorable condition of roads, but made a solemn pledge, “With work about to commence on the roads, succour would soon come to the people before the end of the year.” On his part, Fashola recalled that the Lagos-Ota road, inherited from the previous administration, would gulp N56bn. He said though work had been completed on the Lagos end of the road, the bridge head at Ota had been in a deplorable condition for some time, pledging that FERMA would fix the failed portions of the road. “The Federal Government and the Ogun State Government are committed towards fixing the road,” he declared.

On the Ota- Idi-Iroko road, the minister said measurements, designs and office work were ongoing, just as the Ogun State government was committed to clearing the road for construction of drainages to commence. Indeed, the Federal Controller of Works, Ogun State, Umar Bakare, has since revealed that the 64km Sango-Ota-Idiroko had been considered under the Federal Government’s Credit Scheme similar to the just awarded Sagamu-Papalanto-Obele road. The failed portion between Sango and Iyana Ota, amounting to 1.2km is being prioritised, while the second phase will be the expanse of 4.7km between Iyana Ota and Iganmode Grammar School. Bakare noted that with Julius Berger, the contractor handling Lagos-Abeokuta Expressway, currently working on the Toll Gate Sango Bridge axis and the Tipper Garage section, the construction train would soon move to Itori/Lafarge/Papalanto section of the Lagos-Abeokuta Road. The pavements of the critical sections under Sango flyover bridge and Itori/Lafarge/Papalanto would be reconstructed, with rigid pavement put in place due to the peculiarity of the two sections of the road.

From the foregoing, it seems sufficiently clear that the Ogun helmsman has succeeded in mobilising the Federal Government to site. If his record proves anything, it is the fact that the December pledge on the roads in question is sacrosanct. The great people of Ota deserve to celebrate Christmas, passing through a good road. The Federal Government must keep its word. It must also attend to other roads begging for attention. What democracy thrives without good roads?

Alli sent this piece via yekinalli@gmail.com