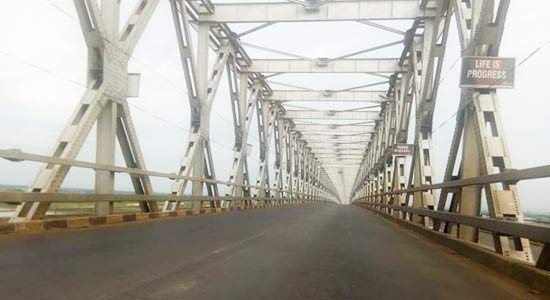 Is the chief consequence of the extradition of IPOB’s leader, Nnamdi Kanu to Nigeria for trial not the weekly shutdown of the entire South East on Mondays?

A great majority of people in the region stay at home on Mondays for fear of being attacked by enforcers of the sit-at-home order.

They are not necessarily demonstrating their encouragement and support for the detained IPOB leader and secessionist, Nnamdi Kanu.

The shutdown of the entire South East is one of the strategies adopted by the leaders of IPOB to force the hand of our political leaders at the centre to back down on the Nnamdi Kanu-federal government of Nigeria faceoff.

But can the weekly shutdown of the region become the masterstroke by IPOB, which will compel the federal government to yield to IPOB’s secessionist demand?

But then, the people of the South East of Nigeria are skeptical about the workability and effectiveness of the sit-at-home policy as a strategy that will compel the federal government of Nigeria to release Nnamdi Kanu unconditionally and accede to his secessionist demand.

I doubt if President Buhari will be forced to take any decisive action in respect of Kanu because of the sit-at-home order.

However, the prevailing situation of the shutdown of the southeast every Monday has continued to inflict collateral damage on the economy of the South East states.

The ordinary people who eke out their daily livelihoods by hawking sachet beverages, vegetables, fruits, and others bear the brunt of the weekly shutdown of the southeast on every Monday.

Since the commencement of the observation of the sit-at-home order on Mondays, a majority of Igbo people, whose survival depends on their daily earnings , had gone to bed on empty stomachs on countless nights because they had no money with which to buy food.

And, in Imo State, there was a news report about the invasion and violent dispersal of examination candidates by gunmen on the days their examinations coincided with the shutdown of the southeast.

But we all know that education is the light that dispels the darkness of ignorance and backwardness. It is the tool, which millions of people in our today’s world use to navigate their ways to success in diverse areas.

An educated populace is a plus to Nigeria because our political leaders can mobilize those knowledgeable and skillful citizens for the development of Nigeria.

So, it is expected that the enforcers of the sit-at-home order in the South East, who are believed to be IPOB members, should know that education is pivotal and critical to national development. And, they should resist being goaded into the perpetration of deeds, such as preventing children from receiving western education and engaging in other unwholesome deeds; otherwise, IPOB and the Boko Haram group will be tarred with the same brush.

However, at this critical political juncture in Nigeria , IPOB’S agitation for statehood can be a bargaining chip for the Igbo people in our country’s power calculus and the contest for political power at the topmost level in Nigeria.

Politicians of Igbo extraction can parley IPOB’s agitation for statehood into their jostling for the presidential seat in 2023. This is because the marginalization of the Igbo people in our country’s scheme of things is one of the reasons that informed IPOB’S clamour for the creation of the sovereign state of Biafra. The king makers and other interests in Nigeria may cede the presidential seat to the Igbo people in 2023.

However, the South East governors’ indifference to the matters of Nnamdi Kanu’s detention and the shutdown of the southeast on every Monday portrays them as selfish people, who prioritize their own personal interests above the collective good.

Why they have not convened a meeting of the southeast governors to discuss the continued detention of Nnamdi Kanu vis-a-vis the granting of amnesty to the so-called repentant bandits and Boko Haram insurgents, and broach their resolutions to President Buhari baffles me.

More so, the abridgement of the South East people’s right to freedom of movement every Monday when we are not in a state of emergency portrays the southeast governors as weak and incompetent.

The agitation for the creation of the state of Biafra can be vigorously pursued by any secessionist groups without infringing on the people’s fundamental human rights, among which is the right to freedom of movement.

So, I urge the southeast political leaders to rise above their personal interests and political partisanship and proffer solutions to the vexed issues of Nnamdi Kanu’s detention, the weekly shutdown of the southeast, and the marginalization of the South East in Nigeria’s scheme of things.