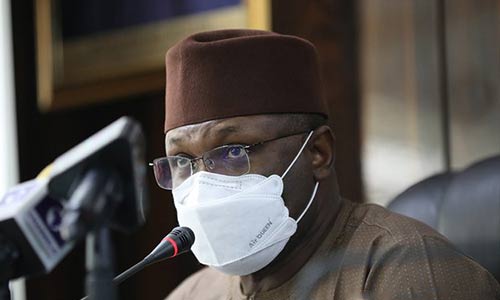 Determined to conduct credible elections in 2023, the Independent National Electoral Commission (INEC) has insisted on electronic transmission of election results.

It also disclosed that 93 per cent of the Polling Units in the country have internet and GSM facilities to cover the remaining seven per cent.

The electoral commission further revealed that the result of a 10-year diverse pilot programmes it conducted since 2011 and the discussions it held with the Mobile Network Operators (MNOs) and the Nigerian Communications Commission (NCC) showed that the national infrastructure is adequate to support the electronic transmission of results.

In its position paper on the desirability of electronic voting and transmission of results in real-time, signed by the INEC Chairman, Prof. Mahmood Yakubu, the electoral body said it had developed adequate structures and processes to successfully transmit election results electronically.

The commission sought a clear legal mandate for the implementation of the electronic transmission of election results with the Electoral Act amendment.

INEC argued in the position paper dated ‘September 13, 2021,’ that the “electronic transmission of results will improve the quality of election result management and that our engagement with stakeholders shows that the Nigerian public supports it.”

In the paper titled: ‘INEC Position Paper No.1 2021: Electronic Transmission of Results,’ the commission stated that the technology and national infrastructure to support the electronic transmission of election results in Nigeria are adequate.

The commission argued that the recent debates in Nigeria over the provision of Clause 52 (3) of the Electoral Bill 2021 regarding the electronic transmission of election results “have been marked by entrenched partisan positions, incomplete information, unsubstantiated fears, groundless conspiracy theories, and profound misconceptions.”

It further stated that it was curious that its perspectives on this very important issue of election management remain either completely absent in the debates or at best misconceived.

INEC explained that in the course of the National Assembly seeking to amend or repeal and re-enact the Electoral Act 2010, a national debate has arisen over the commission’s readiness and the capacity of national infrastructure for transmitting election results electronically.

“It is worthy of note that none of the sides in this controversy appears to substantially question the desirability of electronic transmission of election results. It seems that only the preparedness of INEC and the capacity of national infrastructure are questioned,” it added.

INEC noted that many Nigerians had called on it to make its position on the issue public.

The commission disclosed that its positions on the issue were informed by a decade of its technical field experience, piloting, and engagement with critical stakeholders, particularly the Mobile Network Operators (MNOs) on electronic transmission of election results.

It argued that a decade was not a short time for it to determine whether it was ready.

INEC stressed that its intervention in these debates, particularly through its position paper, should not be misconstrued as denuding the powers of any other agency or authority to perform its functions or to hold views on the issues in question that are contrary to those of the commission.

INEC stated that the answer to the question of the desirability of electronic transmission of election results in Nigeria today may be summed up in three words – trust, efficiency, and safety.

The electoral body disclosed that the verdict of Nigerians was that a progressive application of technology to election management increases trust in the electoral process.

“When the commission introduced the biometric register, chip-based voters’ card, and Smart Card Reader (SCR), they were widely acclaimed to be behind major improvements in the quality of elections, particularly in 2011 and 2015. Since then, Nigerians have pushed for more and more reduction in a human intervention that could alter the wishes of voters in elections,” it explained.

The commission said in line with the aspiration of Nigerians, it has continued to work tirelessly to introduce appropriate, targeted, and safe technology to electoral activities, adding that the most recent was the introduction of online pre-registration for the Continuous Voter Registration (CVR).

INEC also said the health and safety of people must be paramount in all electoral activities, including elections.

On its engagement with NCC and MNOs, the position paper noted that “INEC has had a longstanding partnership with both MNOs and NCC.”

“Over the years, they have partnered INEC in sending bulk SMS, providing shortcodes, assigning e-lines, as well as mapping networks for the use of Smart Card Readers, all of which have been invaluable to the work of the commission. This partnership has continued with the discussion on electronic transmission of results,” INEC added.

INEC noted that on January 30, 2018, its chairman, Yakubu had paid a visit to the NCC and asked for partnership on the commission’s task of conducting free, fair, and credible elections, particularly as it concerns telephony and data transmission support for the electoral process, ahead of the 2019 general election.

“Subsequently, the two commissions established the INEC/NCC Joint Technical Committee on Electronic Transmission of Election Results, which was co-chaired by Mr. Ubale Maska, the NCC Commissioner for Technical Services, and Dr. Mustapha Lecky, an INEC National Electoral Commissioner,” it said.

According to INEC, the Joint Technical Committee included all the major MNOs.

It further disclosed that the final report of the committee signed by the Co-Chairmen and presented August 9, 2018, had noted that mobile networks adequately covered 93 per cent of INEC Polling Units with the capacity to cover the outstanding seven per cent.

“The committee went on to allocate Polling Units to the four major mobile network operators – Airtel, Glo, 9Mobile and MTN – to transmit election results,” adding that a total cost implication of N395,123,000 was worked out for the services covering the cost of SIM, system configuration and integration, system support and data bundle with one-year validity.

It said the Joint Committee also made other technical recommendations, including the allocation of one terabyte (1TB) of data bucket per 10,000 SIMs per annum by the network operators and configuration of one Access Point Name (APN) and Virtual Private Network (VPN) “by all operators towards INEC platform to enhance security”.

The committee disclosed that the detailed work and recommendations involving the major MNOs and the NCC as the regulator of telecommunications in Nigeria, profoundly convinced it that electronic transmission of election results was possible for the 2019 general election.

“INEC expected to receive a clear legal mandate for electronic transmission of election results with the Electoral Act amendment that was ongoing at the time to commence implementation. Unfortunately, that did not happen,” the position paper added.