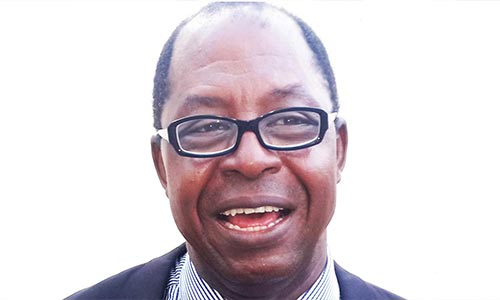 By its very nature, disagreements and disputes are a flipside of business. Most common of these are allegations of breach of contract. A breach of contract arises where any party to a deal veers off from the agreement of the parties as contained in written or unwritten terms. What should be noted is that there are no perfect contracts. Contracts are drawn and entered into by humans who are themselves imperfect. The intention of parties at the time the terms of contract are put on paper may be altered by social and economic circumstances which were unforeseen at the time of setting out.

I was personally trapped in one such circumstance shortly before world governments placed restrictions on travels at the outset of the COVID-19 pandemic. We had prior to this time entered into a contract of providing international certification to a group of participants. In the build up to the training, we took steps to lessen the financial burden on the participants by requesting that the foreign facilitators should travel down to Nigeria rather than have the participants travel abroad.

Just as the facilitators got set to travel, the unthinkable happened. Travel restrictions were announced. We got stuck. Only two options appeared open to us; postpone the course until such a time that the travel restrictions would be lifted or cancel the programme outright. The first few participants we mentioned our challenge to would hear none of it. It was to them a clear breach of contract. That was the fix we found ourselves until a younger member of the participants who was technology savvy proposed the option of online training.

Looking back now, I wonder how many years we would have spent in court trying to iron this out. I wonder too what would have happened if by some corporate arrogance we had refused to embrace a technological option that was at the time relatively unknown. Remember that when we entered into the contract, COVID-19 was neither known to us or to the courts. In court we probably would have spent some time figuring out what legal arguments to push in the prosecution and defence of a contractual breach occasioned by a global pandemic.

Business disputes present a number of uncommon scenarios better understood by those who are engaged in them. This is why discerning business concerns are finding it more and more appropriate to engage in commercial mediation of their disputes rather than go to litigation as first option. When you engage in litigation, you lose control of the case to your lawyer and the judicial process. It is your lawyer who prepares your case for filing at the court registry. In the process of doing this he is guided by what the law says is relevant and not what is relevant to you and your business. That is why lawyers refer to relevant and admissible facts. What this means is that no matter how much you feel about a particular piece of evidence as being helpful to establishing your case, your lawyer will cut it out if it is not admissible within court rules.

Contrast the foregoing with the mediation process wherein you have full control of what you want to say or push in the dispute resolution process. Neither lawyer nor the mediator will restrict you. All that is important is for you to pass across your hurt and concerns in civil language. Mediation recognises and allows to some controlled degree, the emotion of anger or frustration. Sometimes, participants break down and cry. Whether you cry or hit the roof, there is no offence; a skilled mediator is perfectly able to manage these in order for the session to go on seamlessly.

According to Upchurch Watson White & Max Mediation Group ‘’Commercial mediation covers the depth and breadth of dispute resolution work that defies a comprehensive definition. The parties to a commercial mediation may be individuals, business owners, banks, contractors, insurance companies, trust companies, real estate owners, governmental bodies, or any combination thereof. The cases which can be submitted to commercial mediation include such things as first-party insurance claims, breaches of contract, business torts, eminent domain, mortgage foreclosures, and real property boundary disputes. Cases of this type are often difficult and expensive to litigate.”

One key advantage of mediation which businesses find invaluable is the confidentiality of the mediation process. Every business has a reputation it holds dear. So also are business secrets which are the main stay of successful enterprises. While a business risks being hurt in this regard at a public dispute settlement process such as in the court rooms, these are protected under the confidentiality that mediation provides.

I suppose it is no longer news to state that every decision taken at mediation as to how a dispute is resolved must be the decision of the disputants themselves. What is left to be said is that settlements at mediation are enforceable by the judiciary as consent judgment of whichever court a party takes the decision for endorsement and enforcement.