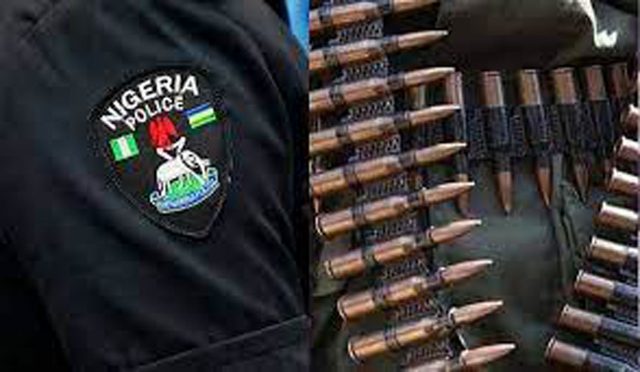 Sergeant Samuel Philips, the policeman who fired the shot that snuffed life out of a teenager in Ijeshatedo area of Lagos, two weeks ago, has been dismissed from the Nigeria Police Force.

Recall that the policeman who was attached to the State Criminal Investigation and Intelligence Department, SCIID Yaba and some of his colleagues, went to raid some criminal hideouts at about 11.30 pm.

In the process, some boys who sighted them took to their heels.

The deceased, Monsurat Ojuade, was closing her mother’s shop at 53 Mogaji street, Mosafejo road, Ijeshatedo, when she saw people running.

Unsure of why they were running, she reportedly joined them and ran inside her parents’ house, closing the gate.

Sergeant Philips fired a bullet that passed through the gate and hit Monsurat in her laps.

She was said to have been rushed to two hospitals but was rejected and referred to a third one, where she was confirmed dead due to so much loss of blood.

Late Monsurat who scored 236 marks in the just-released Joint Admission and Matriculation Board, JAMB result, was learning tailoring while awaiting her admission into one of the universities in Nigeria.

Commissioner of Police, Lagos State Police Command, CP Hakeem Odumosu, immediately ordered the arrest of the erring cop. He also visited the bereaved family where he described the incident as unfortunate.

Ajisebutu in a statement made available to Vanguard, said “ This is to inform the general public that Sgt Samuel Philipps who was tried for the shooting incident of September 11, 2021 that led to the death of Monsurat Ojuade has been dismissed from the Nigeria Police Force. He was dismissed after conclusion of his orderly room trial. The suspect will be charged to court today (yesterday)for murder.

“Recall that CP Hakeem Odumosu had promised that the matter would be properly investigated and that justice would be served. This action is, therefore, done in fulfillment of that promise”.