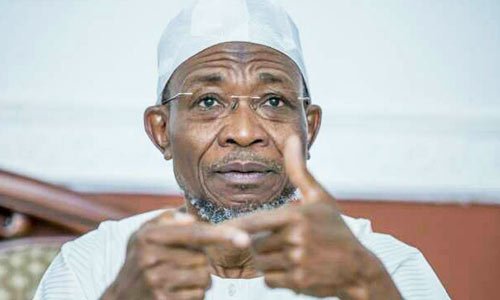 The prosecuting counsel for the police in the trial of seven loyalists of former Osun State governor, Rauf Aregbesola, for assault told the court on Friday that he was not aware that the charges the men had been withdrawn.

The seven men, who are members of The Osun Progressives, a caucus in Osun State chapter of the All Progressives Congress, were charged with assault before an Osun State Magistrates’ Court in Osogbo.

They were arraigned on August 23 on charges bordering on assault.

A day after the defendants were arraigned the Osun State Governor, Adegboyega Oyetola, had ordered the Caretaker Chairman of the state APC, Gboyega Famoodun, to discontinue the matter.

But at the resumed hearing of the case on Friday, counsel for the defendants, Gbenga Awosode, told the court that he had not been officially told that the matter would not proceed.

He said the prosecuting counsel for the police would have to tell the court the status of the case.

But the prosecutor, John Idoko, told the court he had no directive to discontinue the charges.

The magistrate, Mr Oluesegun Ayilara, directed the prosecutor and the defence counsel to meet and discuss the status of the charges.

He adjourned further proceeding till October 22, 2021.